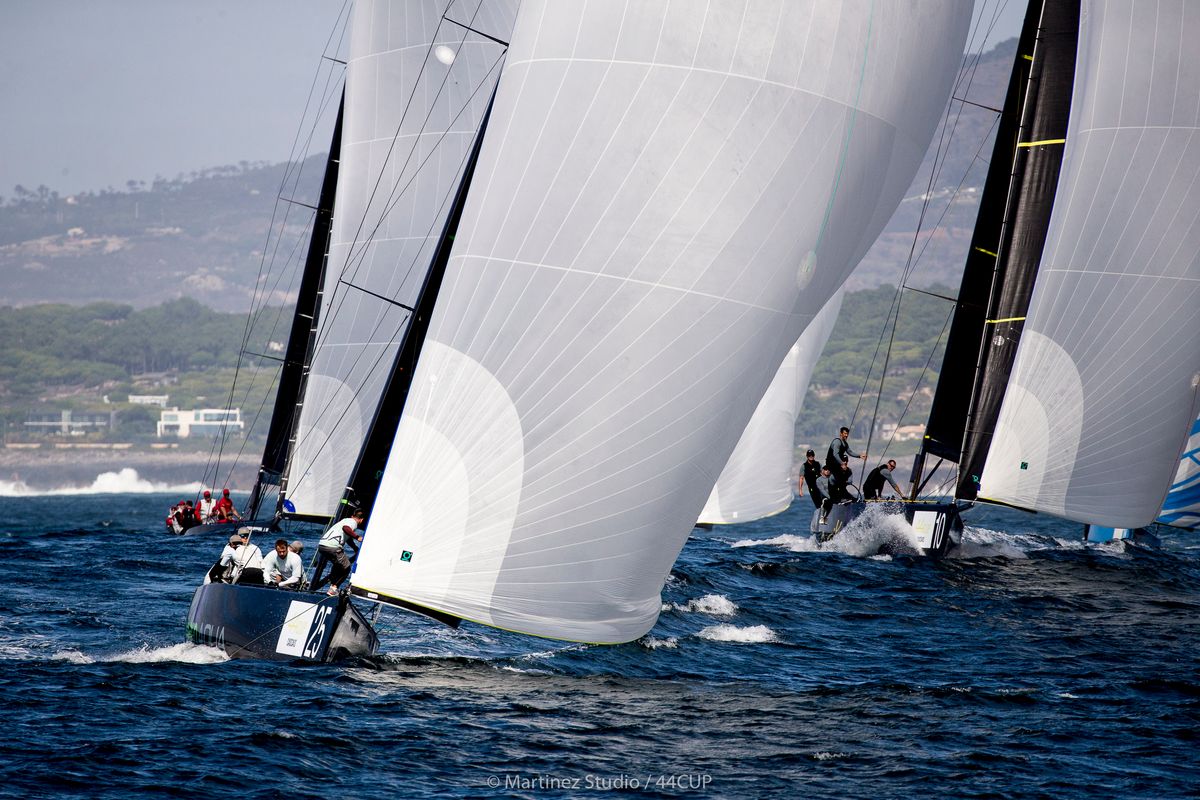 The second day of racing for the high-performance one-design monohulls, hosted by the Clube Naval de Cascais, was held in slightly more wind than yesterday, with 10-16 knots, the wind building slowly in the final race, but today remaining more firmly in the northwest. However, the height of the swell was notably larger, generated earlier in the week out in the mid-Atlantic by Hurricane Lorenzo. Thanks to the long-wavelength this wasn’t especially dramatic, however, it made holding a course especially difficult as boats disappeared in the troughs where crews also would experience a momentary lull. The swell also made spotting the marks especially hard.

In the first race, Hugues Lepic’s Aleph Racing nosed out in front after claiming the inside overlap on Torbjörn Törnqvist’s Artemis Racing rounding the top mark. From here the French team forged ahead to claim the first race of the day, just as they did yesterday (ultimately they would be top scoring boat of the day).

In the subsequent race, Team Nika attempted to pull off a similar manoeuvre on the inside at the top mark, but in their case were just too slow. This enabled Team Aqua to sail around the outside of them and go on to follow Aleph Racing in taking their second bullet of the regatta.

The most dramatic turnaround of fortune occurred in today’s third and final race. After coming last in the first two races, not helped by snagging a fishing pot in the first, the left finally came good for 44Cup newbies, Pavel Kuznetsov’s Tavatuy Sailing Team. Coming back from the left, the team from central Russia crossed ahead of the starboard tackers to lead comfortably around the top mark, where those astern of second-placed Team Aqua were held up by Bronenosec Sailing Team which had parked up coming into the mark. With Tavatuy Sailing Team cruising home to victory, for a third time today, the race was won by the boat that had won the pin end at the start, despite PRO Peter Reggio applying all the cunning he could to prevent this.

Racing continues tomorrow in a similar wind strength but with the swell forecast reduce.