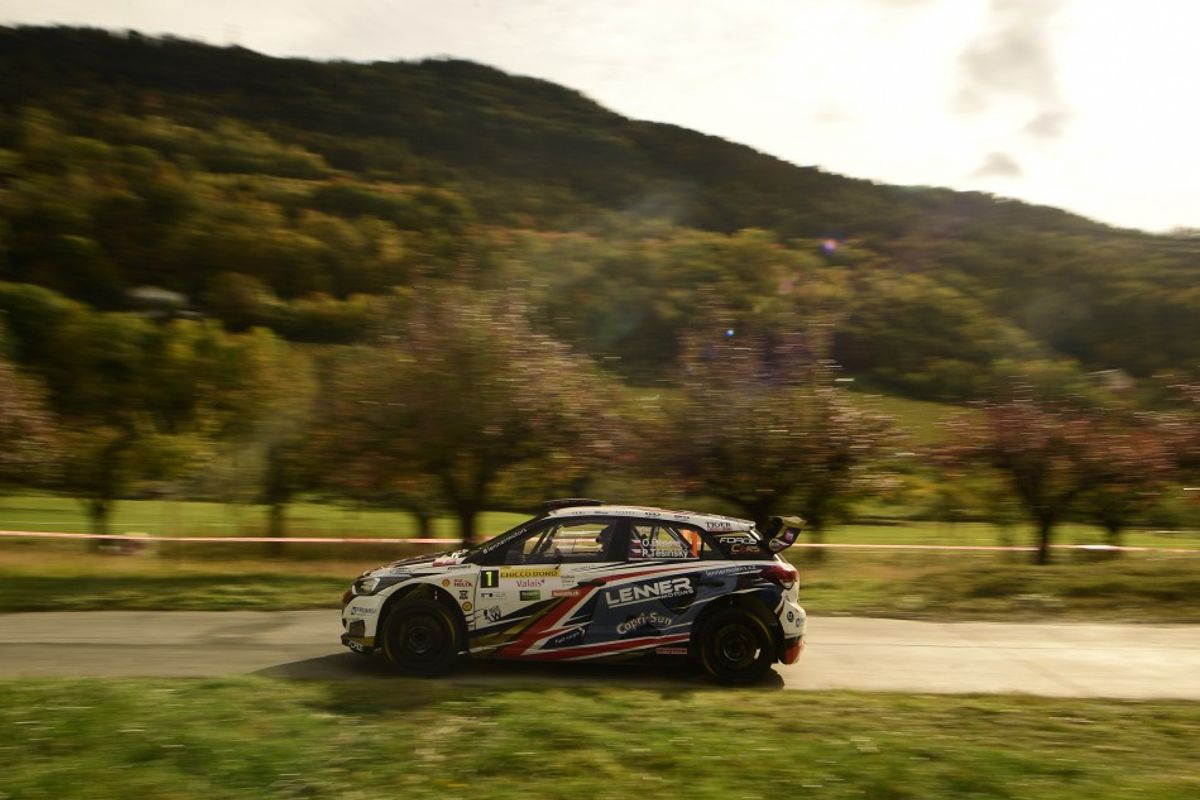 The Swiss mountain roads and vineyards of Valais offered a magnificent backdrop to the final showdown of this year’s FIA European Rally Trophy. After many twists and turns over 213.81 competitive kilometres on sealed surface, it was Bisaha who emerged victorious at the wheel of his Hyundai i20 R5.

In spite of recurring mechanical issues, the Czech managed to deliver a consistent performance to finish almost four minutes ahead of his rival Toedtli. The Swiss Volkswagen Polo GTI R5 driver showed impressive pace throughout the event, setting eight fastest stage times including the closing speed test at the Service Park in Sion, but this was not enough to make up for the time he lost with a retirement on Thursday’s first leg.

Bisaha said: “It’s been an intense year and I’m very happy to conclude the season with the European Rally Trophy title. Competing on Rallye International du Valais for the final was an incredible experience. Today, I’ve driven some of the most beautiful stages that I’ve had to see in my life.”

Among the R2s battling for the FIA ERT 3 title, victory went to Switzerland’s Aurélien Devanthéry in a Peugeot 208, in front of his fellow compatriot Jonathan Michellod in a similar car. The Italian Enrico Oldrati completed the podium in a Ford Fiesta.

Michellod may not have taken the top spot in FIA ERT 3 but the Swiss could taste victory by claiming the FIA ERT Junior title, a class dedicated to the rally stars of tomorrow, under 26 years old. Oldrati was second, with a gap of 4 minutes and 36.2 seconds to the winner, ahead of another Helvetian driver, Clément Piquerez, in third place with a Citroën C2.