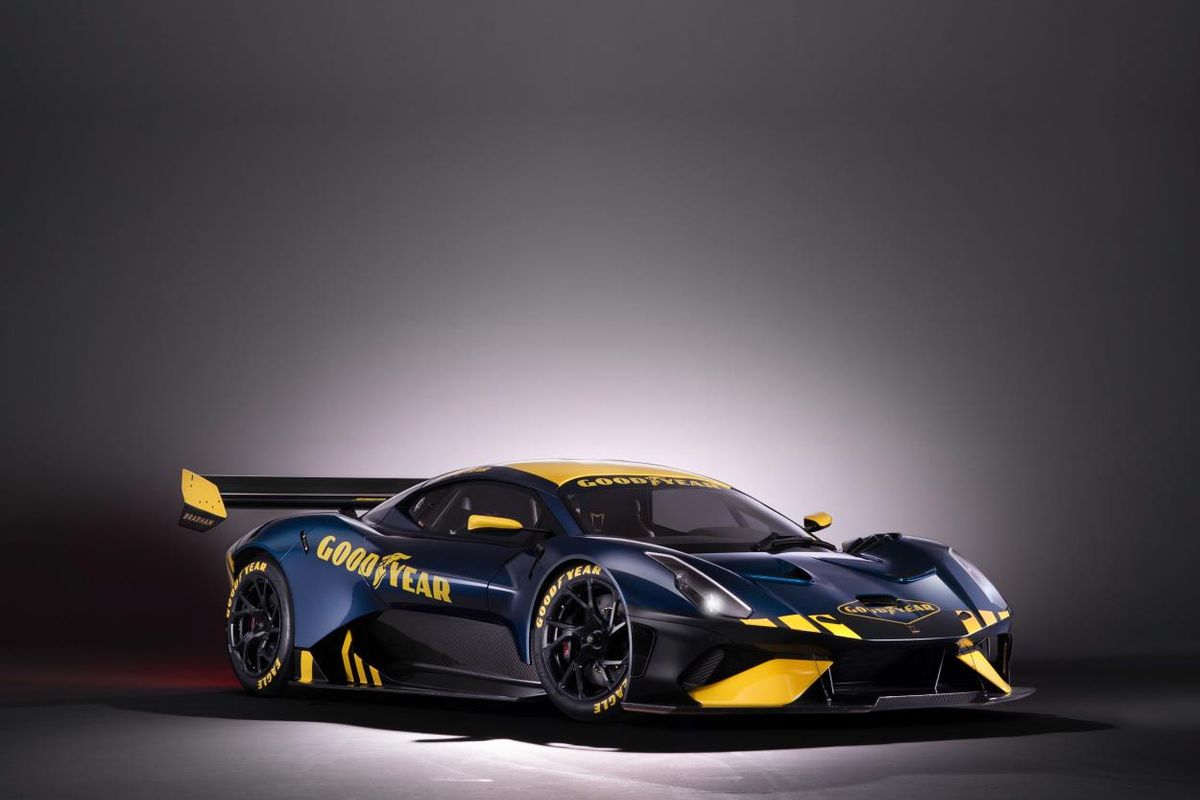 Brabham Automotive has confirmed that David Brabham and Will Powell will form its Pro-Am driver line-up as the iconic marque returns to sports car racing for the Britcar ‘Into The Night’ race at the Brands Hatch Indy circuit on November 9-10.

Participation in this challenging two-hour race is the first step on Brabham’s road to Le Mans, and a showcase of the BT62’s competitive potential.

David Brabham, Brabham Automotive’s Sporting Director returns to the cockpit to debut the Brabham BT62, following in his father’s footsteps by racing a car of his own construction.

David brings a wealth of experience to the company’s Motorsport and Driver Development programmes. He is a former Formula 1 driver for Brabham and Simtek, and a multiple 24 Hours of Le Mans winner, including an outright win for Peugeot in 2009. He won three American Sports Car Championship titles and enjoyed wins in blue ribbon endurance events including 24-hour races at Daytona, Sebring and Spa, and at the Bathurst 1000 in his native Australia.

David’s co-driver at the BT62’s Britcar debut is Will Powell, an early beneficiary of Brabham Automotive’s Driver Development Programme. Will has previous experience racing GT and sports prototypes, and is excited to be on board for the return of the Brabham marque to the racing world.

Brabham Automotive is staying true to the spirit of Pro-Am sports car racing with a driver line-up that shows the accessibility of the BT62. The BT62 was designed to allow professional drivers to make best use of its extraordinary capabilities while drawing the best from aspiring racers as they gain more experience, typically via the Brabham Automotive Driver Development Programme (DDP). This programme is offered to all BT62 owners within the cost of the car and takes Brabham owners through all aspects of driver and vehicle preparation, including driving sessions at four competition-class circuits around the world.

The massive performance of the Brabham BT62 has been balanced in collaboration with Britcar’s technical team to fit into the championship’s GTO class. This was achieved through a power-reducing ECU mode and weight ballast that brings performance on par with GT3 machinery. It also ensures the BT62 is a permanent fixture on the Britcar entry list moving forward, rather than a ‘one-off’ entry.

Commenting on the return to racing at Brands Hatch, Dan Marks, CEO of Brabham Automotive said:
“It is fitting that the Brabham marque returns to racing after a 27 year absence with David Brabham behind the wheel. David’s speed, professionalism and composure will provide a great base for our motorsport debut at Brands Hatch, a track that saw so much success for Brabham in the past.”

David Brabham, Sporting Director of Brabham Automotive and Brabham Britcar driver said:
“I always wondered what my father must have felt when he first raced a Brabham on track and I am now about to go through that same emotion. Driving a Brabham BT62 on Brabham straight at Brands Hatch will be a very special moment for me. It will also be an incredible milestone for Brabham Automotive as it brings this iconic marque back to racing.”

Will Powell, Brabham Britcar driver, said:
“It is a tremendous honour to be asked to race the Brabham BT62 in its first race. David Brabham and I have been doing all we can to prepare and it’s been great to learn from him. I’m thankful to the Brabham Automotive board of directors for the opportunity and will give it everything to do the car justice on what promises to be a very special night.”

Claire Hedley from Britcar said:
“We are both delighted and excited that David and Will are showcasing Brabham Automotive's new BT62 in the Britcar Endurance Championship season finale. We believe that the format of our races, into darkness and with mandatory pit stops, driver changes and refuelling, will form the perfect challenge for the intended seasons ahead.”