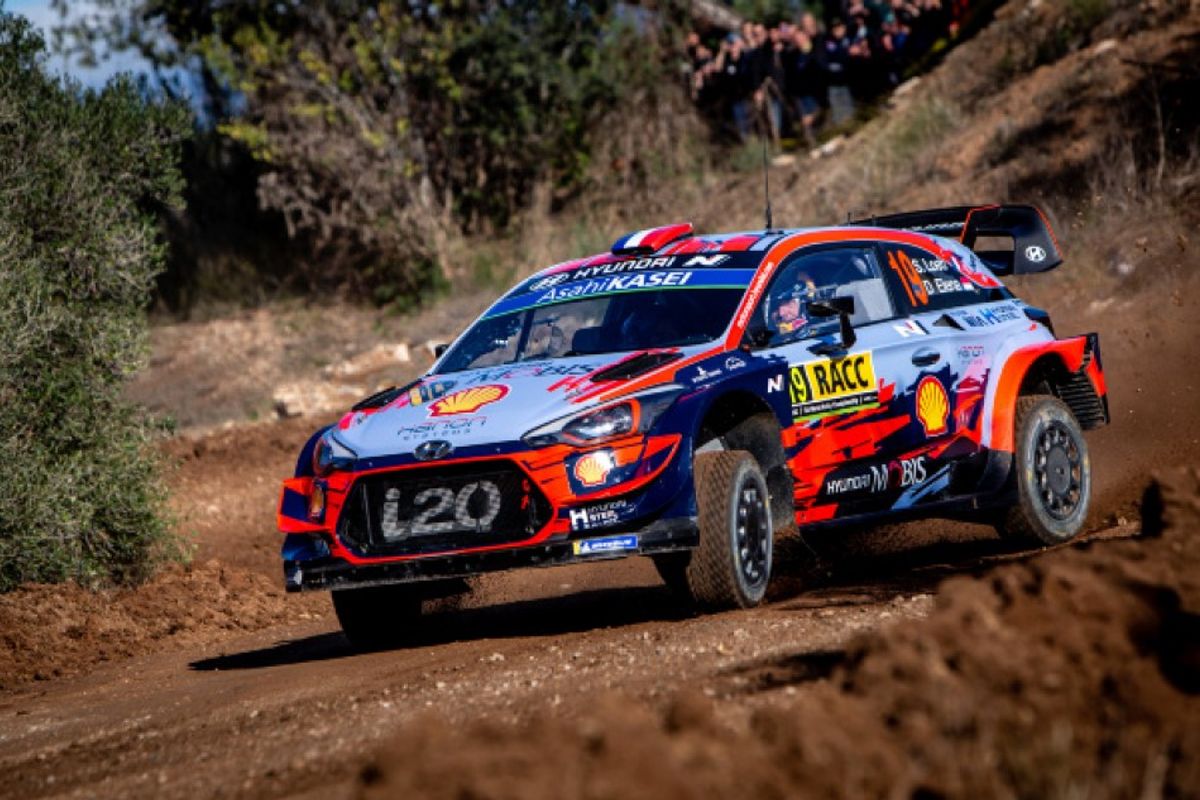 Sixth overall after his stage win on the first run over the event’s longest stage - the 38.85 kilometre “La Fatarella-Vilalba” – Loeb continued to set impressive pace in the afternoon’s loop of three stages, held mostly on gravel to the west of Salou.

A win on SS5 moved the Frenchman to third behind his colleagues Dani Sordo and Thierry Neuville, before another fastest time on SS6 – by 8.9 seconds – propelled him into the lead, ahead of Saturday’s tarmac stages.

He now holds a small advantage of 1.7s over Neuville, while Sordo is a further 5.9s behind after struggling in the day’s final stage.

The three Hyundais are followed by the three Toyotas, with Kris Meeke moving up to fourth ahead of Ott Tänak by setting the second quickest time in SS6. Running first on the road, Tänak ended the day 21.7s off the lead and 8.7s behind Meeke, although the Estonian “pushed hard”.

Jari-Matti Latvala said he was lacking confidence in the morning but improved in the afternoon to move from eighth after SS3 to sixth overall; another eight seconds behind Tänak.

Elfyn Evans dropped to seventh after he had an issue on his Ford Fiesta in SS6. His teammate Teemu Suninen is eighth and Takamoto Katsuta holds ninth in a privately entered Toyota.

A difficult day for Citroën continued as Esapekka Lappi was forced to stop and retire in SS5 because of a technical issue affecting his engine. Sébastien Ogier is 17th overnight, with a deficit of four minutes, following an hydraulic problem that hampered him during the morning.

Mads Østberg is 10th overall and leading FIA WRC2 Pro in his Citroën, increasing his advantage over Škoda’s Kalle Rovanperä to over 40 seconds. Jan Kopecky completes the class standings overnight.