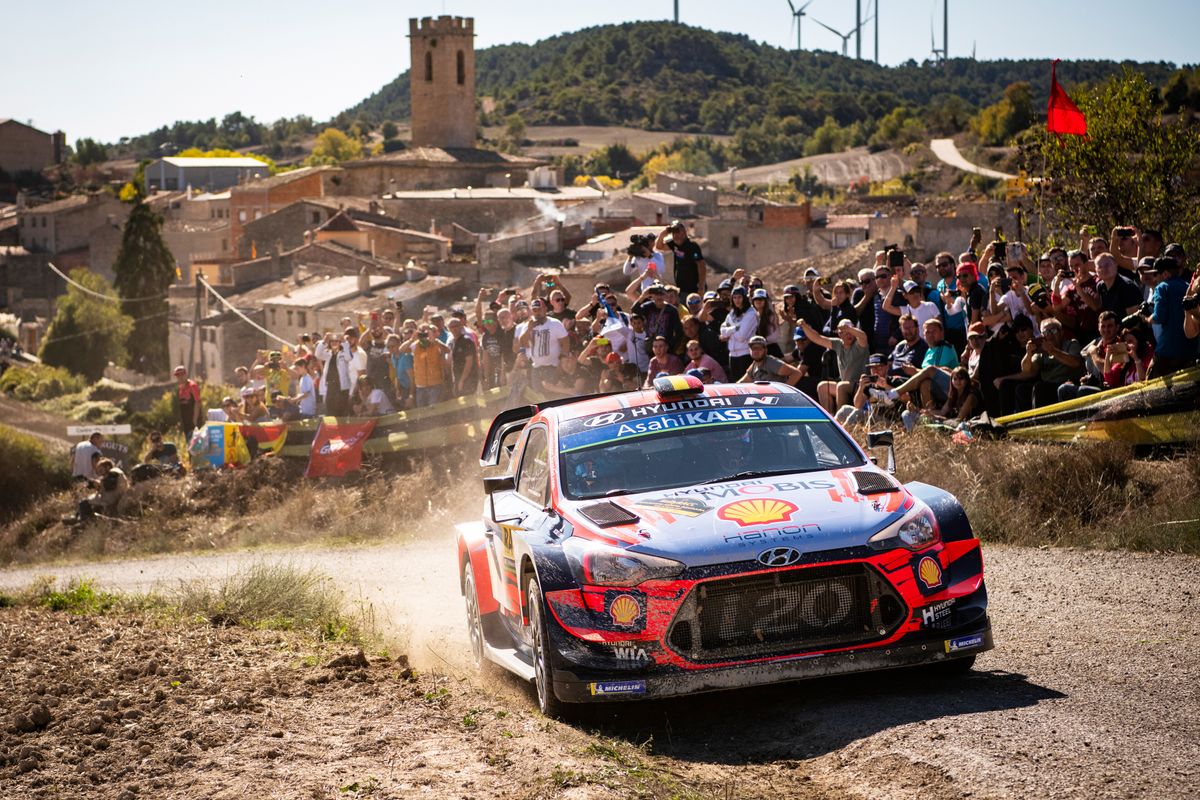 TÄNAK CLIMBS TO THIRD AND CLOSES ON TITLE

Hyundai’s Thierry Neuville tops the standings on Rally de España with an extended advantage of 21.5 seconds ahead of his teammate Dani Sordo at the end of Day 2, while Toyota’s Ott Tänak charged into a podium position to close on a maiden World Rally Championship title.

Saturday afternoon was a repeat of the morning’s three-stage loop north east of Salou, before the action concluded this evening with a short speed run on the seafront in Salou in front of crowds of spectators.

After winning the final stage of the morning loop, Tänak continued his strong record in the afternoon, setting the fastest time on all three mountain tests. This allowed the Yaris WRC driver to close on the leading trio of his Hyundai rivals, before he then moved past Sébastien Loeb into third place in the Salou street stage.

Neuville had a consistent run through the afternoon and took a win in the final stage to end the day with a lead of 21.5s over Dani Sordo, who is just 3.1s in front of Tänak.

All eyes are now on tomorrow’s decisive fight that will determine if Tänak will put an end to fifteen years of French supremacy in the World Rally Championship.

Jari-Matti Latvala holds a secure fifth place for Toyota, in front of the M-Sport duo of Elfyn Evans and Teemu Suninen, 22.4s and 37.7s behind him respectively.

Sébastien Ogier remains eighth in his Citroën, however with a gap of four minutes from the leader and relying on issues that could be faced by his rivals to remain in contention for the driver’s championship.

In FIA WRC 2 Pro, Kalle Rovanperä cut the advantage of the class leader Mads Østberg to just 9.8s prior to the Salou street stage, before his Škoda lost a wheel in this final run, which cost him around 40 seconds and demoted him to third overall behind his teammate Jan Kopecký.