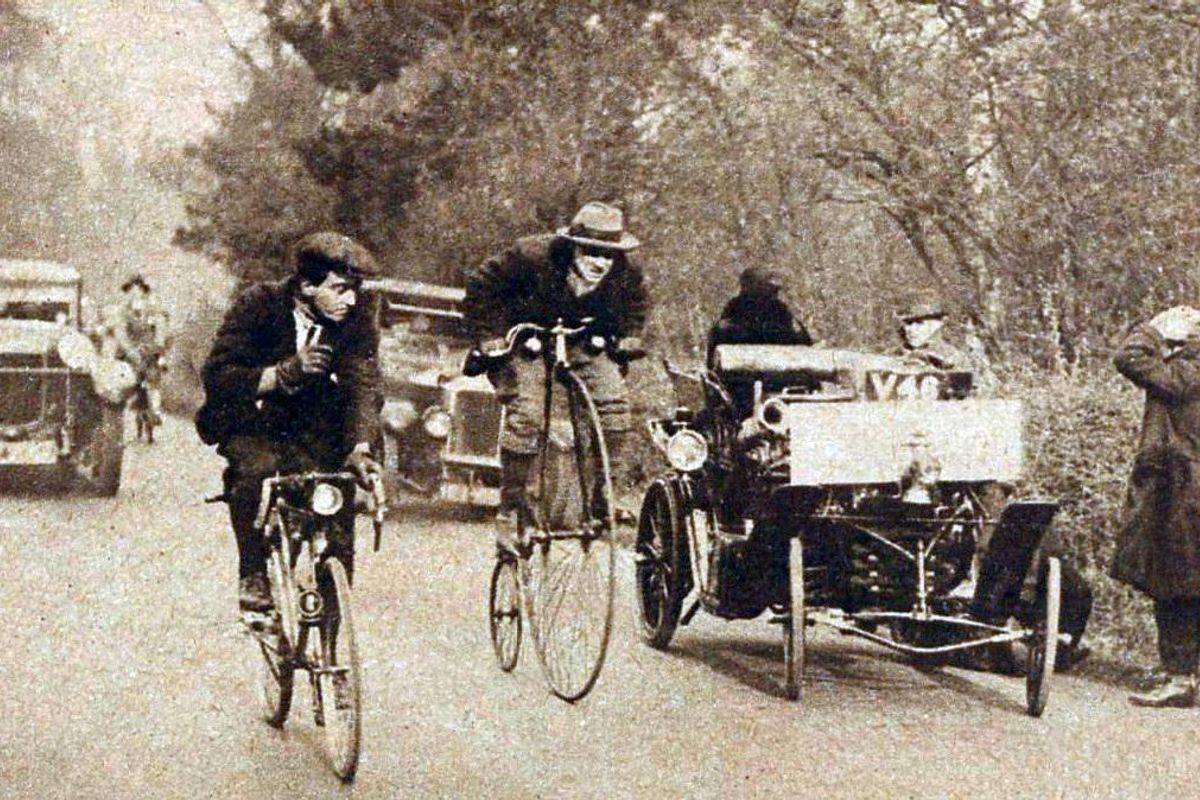 A driver died during the London to Brighton Veteran Car Run today after crashing into a lorry on the M23.

Surrey Police said: “We can confirm that a man has sadly died following a collision on the southbound carriageway of the M23 near J7 Hooley this morning, 3 November.

“The collision, involving a car (1903 Knox Runabout Old Porcupine) and an HGV, took place around 10am.
The driver of the car, an 80-year-old man, was pronounced dead at the scene shortly after the collision, and a female passenger has been taken to hospital by ambulance with serious injuries.
The road has been closed in both directions and will remain so while we investigate the incident and enable the motorway to reopen.

Image: The first run, in November 1927, only for vehicles over thirty years old