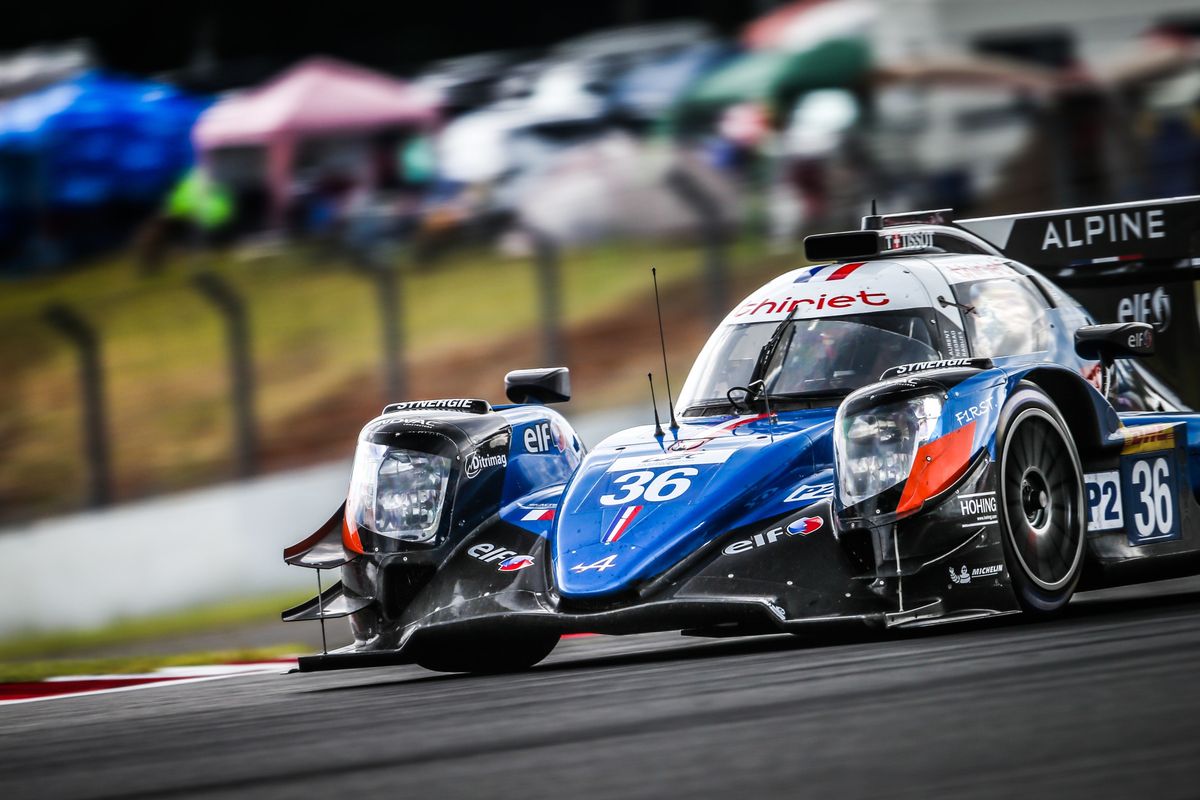 Shanghai hosts round three of the 2019-2020 FIA World Endurance Championship this weekend.
After finishing off the podium for the first time since 2017 at the latest race at Fuji, the Signatech Alpine Elf team wants to return to the top three as soon as possible.
Fourth in the LMP2 general classification, Thomas Laurent, André Negrão and Pierre Ragues will aim to narrow the gap to the leaders.

After the round at Fuji, the Asian portion of the 2019-2020 calendar continues on the opposite side of the China Sea with the entire field coming together in Shanghai this week.

The 5.451km Shanghai International Circuit has fast become a genuine challenge with a tight hairpin corner at the end of a 1,300-metre-long straight away and its endless first corner that tightens on itself.

Limiting the damage after an incident in the opening hour to finish sixth in Japan, the squad led by Philippe Sinault now has an opportunity to bounce back at a track that has special significance in Alpine’s modern-day motor racing history.

In 2015, Signatech Alpine scored its maiden victory in the FIA World Endurance Championship when Nelson Panciatici, Paul-Loup Chatin and Tom Dillmann at the wheel of the Alpine A450b won by more than a lap.

A year later, the Alpine A460 finished fourth to clinch the first world title for Alpine in the LMP2 category ahead of the final round of the season.

Since then, the Alpine A470 finished runner-up in 2017, then third in 2018 to score crucial points in the race for the title in sometimes hellish conditions. The context is quite different this year as Shanghai features for the first time in the first half of the calendar.

Contrary to the previous years where the race was six hours in length, the 2019 edition will be four hours, like it was at Silverstone at the start of the season, which has a profound impact on race strategy.

Les Bleus will try to make the most of the change to surprise their rivals as they did in England in taking second place just a few kilometres from the chequers!

Currently fourth in the general classification at 15 points to the championship leaders, Thomas Laurent, André Negrão and Pierre Ragues thus have a straight-forward goal: get the best possible result by combining concentration, humility and serenity to put their rivals on the backfoot before the mid-season point.

After three free-practice sessions, qualifying will take place on Saturday for the LMP1 and LMP2 teams. The 4 Hours of Shanghai will start at mid-day local time, or 05h00 in Continental Europe.

Quotes
Philippe Sinault, Team principal Signatech Alpine Elf
“It had been a long time since we last had a result like we had at Fuji, but we picked up eight points despite the adversity. Our target is now clear: we need to get back on the podium as soon as possible to remain in the leading group. The Shanghai circuit has two main characteristics with its very long straight and its snail-like first corner that beats up the tyres, especially the left-front. As we will be discovering the Michelin tyres on this track, the free-practice sessions will be all the more important to find a good balance for the race, but we will also be able to rely on our previous experience with this track. The four-hour race format will also put more emphasis on strategy and one of the keys to success will certainly be the driver and stint management. The team is however well-prepared for this round after all the lessons learned at Fuji and we come to China full of confidence.”