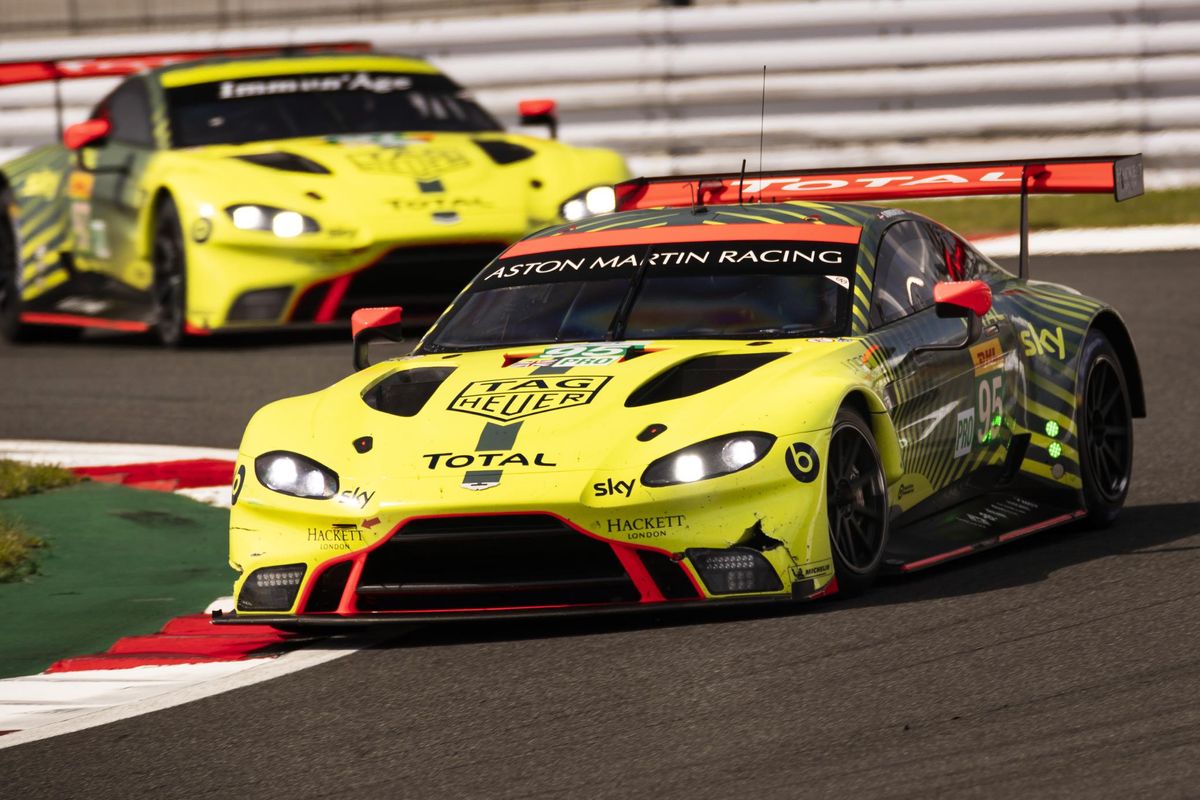 Aston Martin Racing returns to China and the scene of the maiden win for the Vantage GTE 12 months ago, for this weekend’s 4 Hours of Shanghai – the third round of the 2019/20 FIA World Endurance Championship.

In sparkling form thanks to victory in the GTE Pro class at the last round in Fuji, Aston Martin lies second in the manufacturer standings. Meanwhile the #95 ‘Dane Train’ drivers Nicki Thiim (DEN) and Marco Sørensen (DEN) are just one point off the GT championship lead following their dominant victory in Japan. It was the third win for the Vantage GTE in 10 races and also the first for the car this season.

"We go back to Shanghai with some good memories from when Marco and I took the first victory with the Vantage GTE last year," said Thiim. "We want to continue this fantastic streak in Shanghai, especially after winning last time out as well. Shanghai is a great place to visit, and it’s one of the tracks that suits the characteristics of the Vantage GTE most of all.”

The Chinese round will be the second race to run to WEC’s new four-hour format, which proved a thrilling success in the season-opener at Silverstone in September. "We’re expecting the competition for track position to be fierce again,” said Thiim. “The manufacturers in GT racing are quite evenly matched now so the racing is very close."

For Alex Lynn (GB) and Maxime Martin (BEL) in the sister #97 Vantage GTE, China represents the chance to fulfil the promise of the opening rounds. “We’ve finished third in both the first two races, but we’ve had the pace to win both,” said Lynn. “We’re determined to move up a couple of podium steps in China.”

In GTE Am, after just two races, the Vantage GTE is already a winner thanks to a tremendous performance by TF Sport’s Salih Yoluc (TUR), Jonny Adam (GB) and Charlie Eastwood (IRL) in Fuji. That, and the second place gained by the Aston Martin Racing version at Silverstone, means that there has been a Vantage GTE on each GT podium at a WEC race so far this season. The #98 crew of 2017 GTE Am champion Paul Dalla Lana (CDN), three-time Le Mans class-winner Darren Turner (GB) and works driver Ross Gunn (GB), are looking to rebound from a disappointing Fuji, where their race was disrupted when they were taken out by a rival on the first lap. “Every crew has some bad luck during a season and we had ours in Japan,” said Turner. “Now it’s time to get our heads down and get back in the fight in China.”

Aston Martin Racing Team Principal Paul Howarth added, “The Aston Martin Vantage GTE has proven to be a competitive proposition in both of the opening two rounds of this FIA WEC season and of course it won both classes in Japan. But we also know that we are up against world class opposition and that it is attention to detail, strong execution and consistency that will enable us to make the best use of a car that can contend at the front. We must be vigilant and leave nothing on the table as we return to the scene of the Vantage GTE’s first victory.”

The third round of the FIA WEC at Shanghai, in China, starts at noon local time on 10 November.