Three drivers in face off for European Rally Championship title 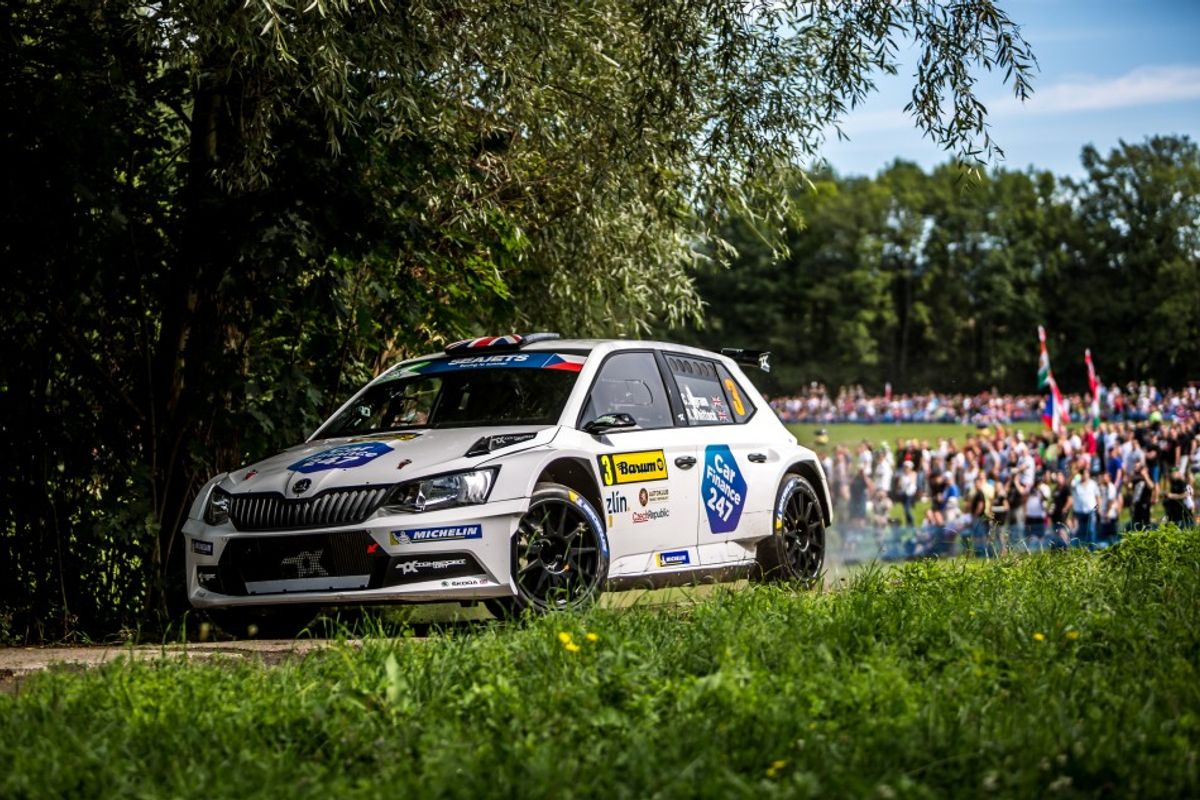 Three drivers will face off for the oldest international rally championship title in the world when Hungary hosts the hotly anticipated 2019 European Rally Championship season decider from 8-10 November.

And Russian Lukyanuk can win the title for a second year in succession – providing he can overhaul the two drivers ahead of him, Chris Ingram from Great Britain, and Poland’s Łukasz Habaj, who are bidding to clinch the FIA’s leading regional rally championship laurels for the first time.

Heading to Rally Hungary, a new addition to the ERC roster for 2019, 25-year-old Ingram leads the standings by 19 points from Habaj with Lukyanuk just nine points further back. Based on those numbers alone it might appear that Ingram is in the ascendency, but it’s certainly not that simple.

A maximum of 39 points are up for grabs in Hungary and with ERC drivers counting their best six scores over the season, Habaj and Lukyanuk are very much in the hunt despite the gap to Ingram.

While Habaj and Lukyanuk are set to drop four and three points respectively from their eventual totals, Ingram could end up discounting 12 points from his final score following the finish in Nyíregyháza.

Although Habaj and Lukyanuk have taken a win apiece in 2019, Ingram has yet to register an overall victory, instead focusing his efforts on winning the supporting ERC1 Junior title during the first six events of the year. While he ultimately came up short to Filip Mareš in his bid to win that accolade – and the 100,000 euros on offer to the champion – by a mere 0.3s on the deciding round in Czech Republic, points scored that weekend promoted him to the top of the overall table and gave him another goal to chase.

While the ERC2* and ERC3* titles have been settled in favour of Juan Carlos Alonso and Efrén Llarena respectively, the FIA European Rally Championship for Teams is undecided prior to Rally Hungary with three entrants (Saintéloc Junior Team, Toksport WRT and ACCR Czech Rally Team) possible winners.

Fourteen stages over a competitive distance of 211.52 kilometres await the ERC contenders, while organisers have attracted a 114-strong entry – including 29 top-of-the-range R5 cars between the International, National and Historic fields, as the latest exciting chapter in the history of Hungarian motorsport is written.

Rally Hungary at a glimpse

Hungary returns to the ERC for the first time since 2003 with a new sealed-surface event in Nyíregyháza, north-east Hungary, approximately 150 minutes by car from the capital Budapest. While the event was effectively brand new for 2018 when it ran as the Nyíregyháza Rally and counted as the Hungarian championship finale, the city and surrounding region were regulars on the national scene in previous years. Four-time Hungarian champion and double ERC podium finisher Norbert Herczig talks of a “mixture of very fast and very narrow, but good quality stages”, while the event enjoys enthusiastic government and local authority support.

*Subject to confirmation of the results by the FIA.