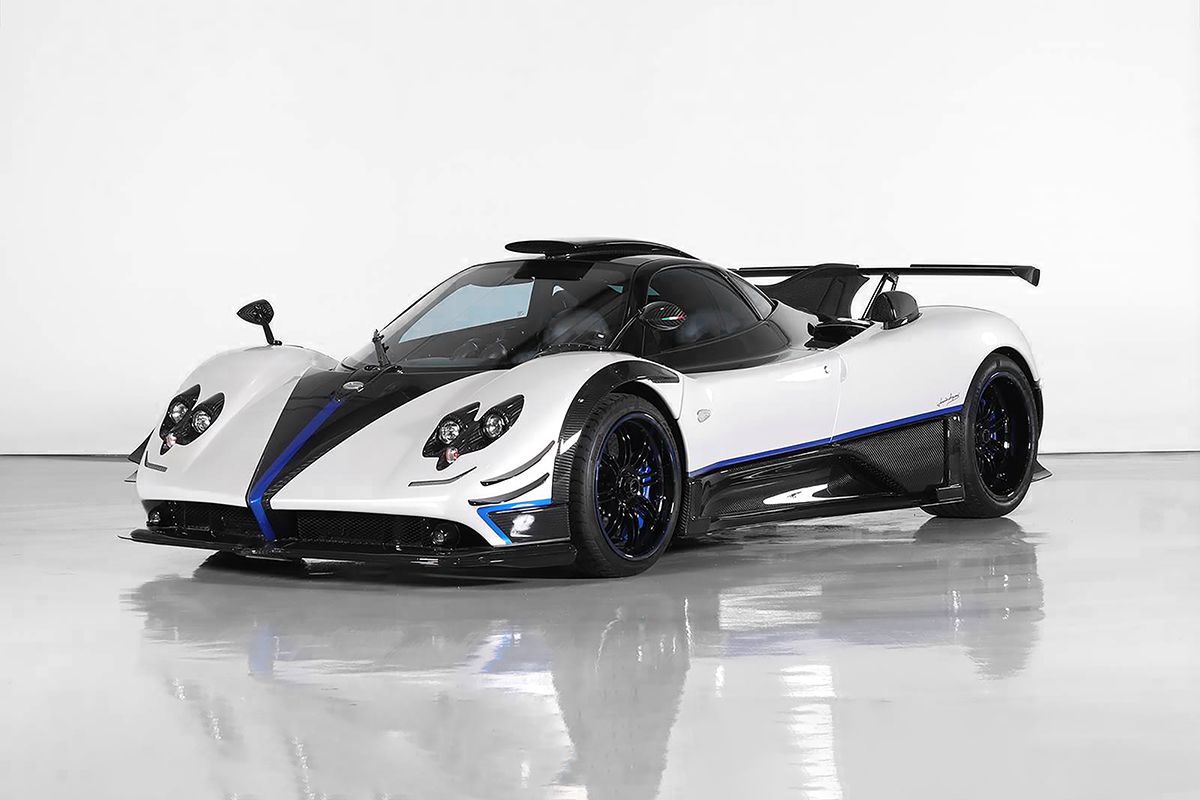 Silverstone Auctions are proud to announce their first auction in the Middle East taking place on the 22nd November at the inaugural of The Riyadh Car Show, part of the Riyadh Season, a world-class automotive event.

The Riyadh season consists of a number of events including a world-class automotive event catering for both classics and moderns at the very highest level. It also coincides with the opening round of the 2019/20 Formula E season, the Al-Diriyah E-prix.

Nick Whale Silverstone Auctions Managing Director commented:” This is a very proud moment for us all. Being invited to host an international auction of such a high-class catalogue of hypercar and supercars at this very prestigious event, is an honour.”

“Silverstone Auctions will be hosting the sale in association with Seven Concours on the 22nd November and we have 46 rare and exclusive and quite possibly unrepeatable hypercars and supercars to offer.”

This catalogue really is something else, it is possibly the largest auction of hypercars and supercars in the world. There is everything from Aston Martins to a Pagani’s on offer and some of the rarest and exclusive cars.

The one which may prove to be the most exclusive is a Pagani Zonda Riviera which was specially commissioned for a client, based on the Zonda F. This 2017 model is 1 of 1 and comes with a 7.3-litre V12 engine producing 760bhp and a sequential gearbox, making an awesome combination.

But it doesn’t stop there, you look through the lots and find a 2013 Gumpert Apollo Sport, thought to be 1 of 13 models produced and with only delivery mileage on the clock. This is a menacing looking car, finished in Matte Black with a 4.2-litre Audi V8 engine pumping out 690bhp. With red detailing and stitching on the grey Alcantara seats, this is one fearsome car.

You keep scrolling through the list and another very exclusive and very collectable car jumps out at you, a 2009 Lamborghini Reventon, number 6 of the 20 sold between 2007 and 2009. This was the company’s first real limited production car, the bodywork was all carbon fibre and it had a 6.5-litre V12 engine to propel it to 221mph, a speed achieved in the UAE. With 3,000km on the clock, this is a must for any supercar collection.

How about a Bugatti Chiron Sport? Well the one on offer, is a 2019 model and is currently in London so will be sold in absentia. This one is a breathtaking car, finished in British Racing Green with gloss black wheels and matte black detailing. It also has the number 16 in gold on the grille, this refers to the number of cylinders in the 8.0-

litre quad-turbocharged W16 engine. This is a left-hand drive car with 980km on the clock and is the ultimate hypercar providing an unforgettable driving experience.

Nick Whale continued: “These are just a small handful of the highest quality and exclusive high-performance cars being offered by Silverstone Auctions. All the cars on offer will be in US Dollars, for absentee bidding phone, commission and online are all available.”