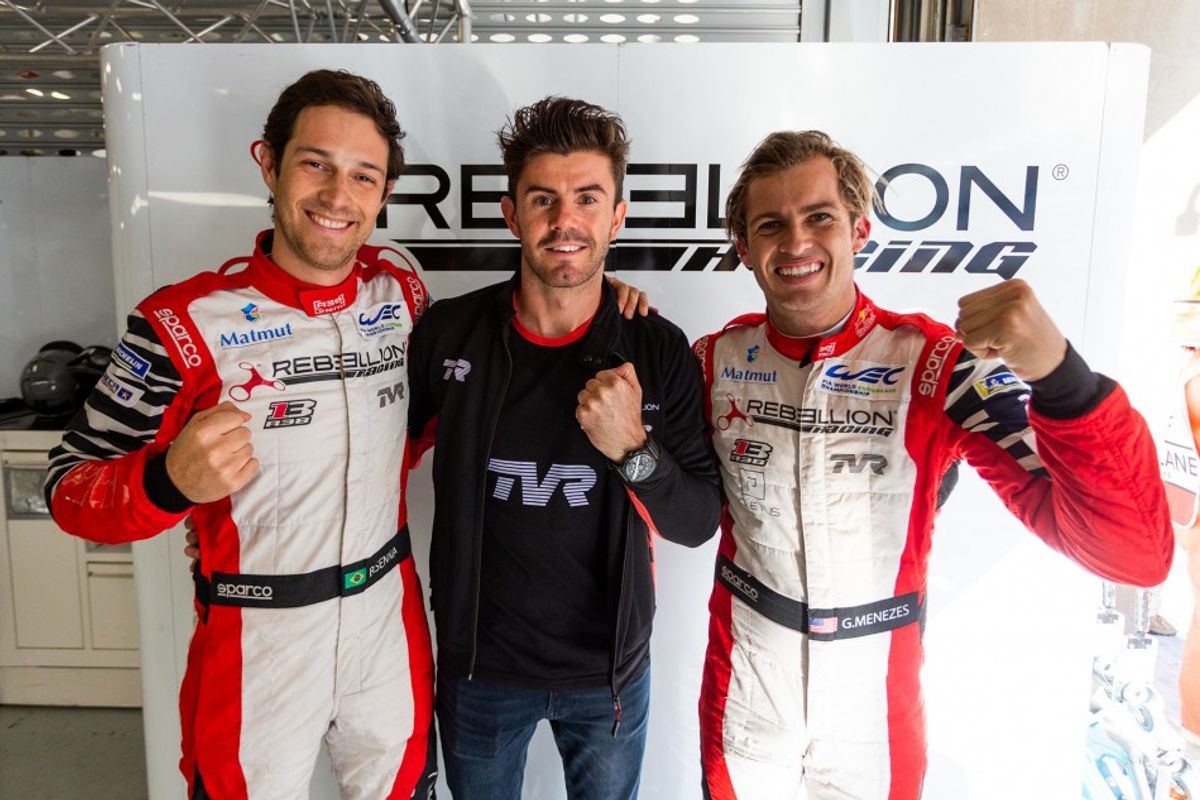 Rebellion Racing will start Round 3 of the 2019/20 FIA World Endurance Championship at the head of the 31-car field, the first time a non hybrid LMP1 car has started from pole in the WEC since Sebring in 2012 and breaking the dominance of the Toyota TS050 for the past two years.

Gustavo Menezes and Bruno Senna secured the pole with an average lap of 1m45.892, with Senna setting the fastest overall time of 1m45.778.  The no1 Rebellion R13-Gibson was 1.2 seconds faster than the two Team LNT Ginettas, with the no6 G60-AER starting tomorrow’s 4 Hours of Shanghai on the front row, while the no5 Ginetta will head row two, just 0.017s slower than the sister car.  The two Toyota Gazoo Racing TS050s will start 4th and 5th with the no7 Toyota ahead of the no8 car, Kamui Kobayashi and Mike Conway posting an average time of 1m47.235, 1.343s behind the Rebellion.

The no92 Porsche 911 RSR-19 of reigning champions Kevin Estre and Michael Christensen headed the LMGTE Pro class with an average lap of 1m59.579, just 0.018s ahead of the no95 Aston Martin Racing Vantage of Marco Sorensen and Nicki Thiim.  Estre set the fastest lap of the session with a 1m59.024.

The no97 Aston Martin of Maxime Martin and Alex Lynn will start on the second row of the LMGTE Pro grid with the no51 Ferrari F488 GTE EVO of James Calado and Alessandro Pier Guidi.  The no97 Aston was just 0.028s behind the leading Porsche and just one hundredth of a second behind their teammates.   The top four cars were split by just 0.108s.

The LMP2 pole position was claimed by the no42 Cool Racing Oreca-Gibson of Nicolas Lapierre and Antoine Borga.  The average lap time of 1m48.649 was good enough to keep Chinese team Jackie Chan DC Racing off the top spot by 0.126s, with the no22 United Autosports Oreca in third spot with a 1m48.972.

Reigning LMGTE Am Champions Team Project 1 took the class pole thanks to a 2m00.824 average lap set by Matteo Cairoli and 2018/19 drivers’ champion Egidio Perfetti.  The no98 Aston Martin Racing Vantage of Paul Dalla Lana and Ross Gunn was second quickest, Dalla Lana missing out on his fifth consecutive class pole in China by seven tenths of a second.  The no77 Dempsey Proton Racing Porsche was third quickest with Christian Ried and Matt Campbell posting a 2m01.655 average lap to finish ahead of the no90 TF Sport Aston Martin by half a second.