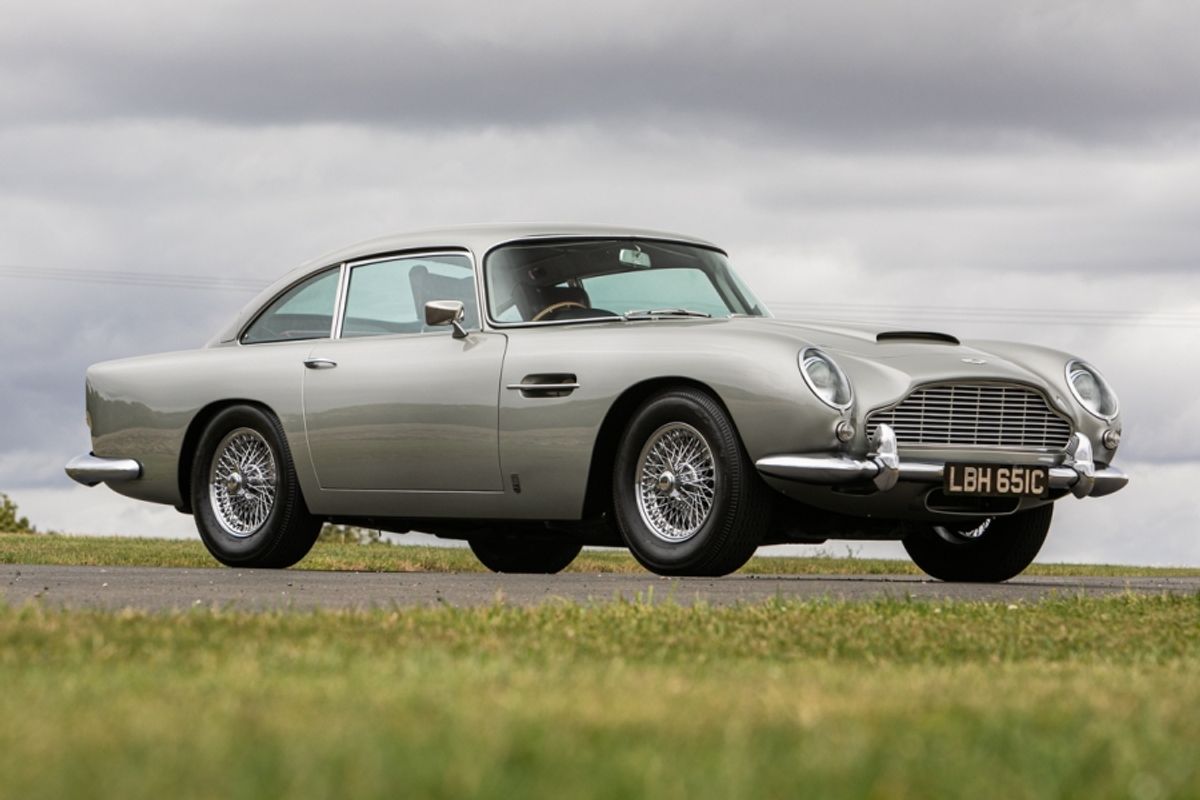 One of the finest examples of the most famous ‘James Bond' Aston Martins
Aston Martin's post-war evolution took a major step forward with the launch of the DB4 in 1958. Classically proportioned, the beautiful, Touring-designed, body established an instantly recognisable look that would stand the marque in good stead until 1970. The engine was still an all-alloy, twin-overhead-camshaft, six but the old W O Bentley-supervised 3.0-litre unit had been superseded by a new design from the pen of Tadek Marek. The new 3,670cc straight-six developed 240bhp at 5,500rpm and the David Brown gearbox was an all-new, four-speed all-synchromesh design.

Five distinct Series were built as the DB4 gradually metamorphosed into the DB5 which was introduced in July 1963. The new 5 boasted an enlarged 4.0-litre engine which had seen service initially powering the four-door Lagonda Rapide of 1961 and, having proven itself reliable, was subtly modified to suit the sporting aspirations of Aston's new flagship. Equipped with three SU carburettors, the 400 engine produced 282bhp at 5,500rpm and was mated to a four-speed/overdrive gearbox, a proper ZF five-speed unit becoming standard later.

Click here for full results from the Saturday NEC auction