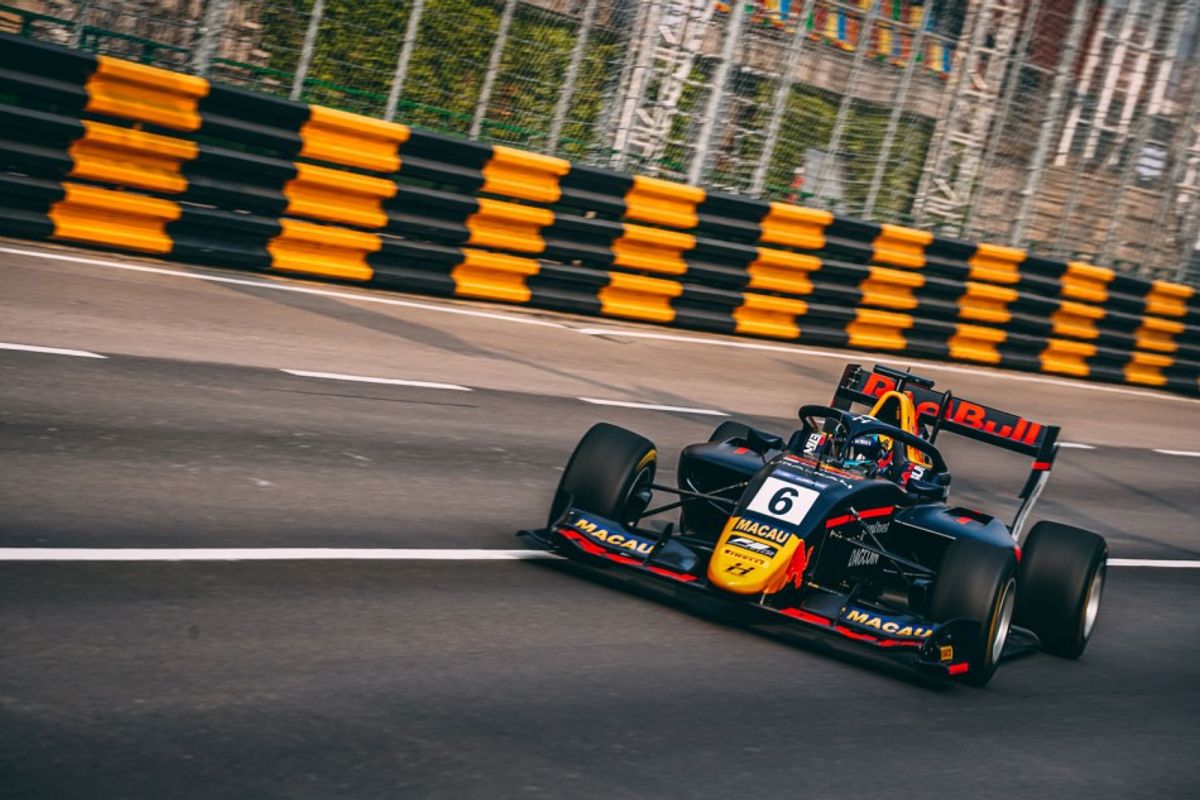 Estonian Juri Vips left it late to set the fastest lap time in Free Practice 2 of the FIA F3 World Cup at the Macau Grand Prix, shortly before a red flag stoppage brought about a slightly premature end to proceedings.

Interruptions had already taken place when Sophia Floersch and Sebastian Fernandez had stopped on track in separate incidents, but the session was finally halted when David Beckman’s Trident Motorsport made contact with the barrier and was unfortunately collected by Carlin Buzz Racing’s Dan Ticktum.

Double Macau GP champion Ticktum had led the way for much of the session but eventually had to settle for sixth.

It was fellow Brit Callum Ilott who set the second fastest time as his impressive introduction to the new Formula 3 car continues, whilst MP Motorsport’s Richard Verschoor was third overall.

Thursday’s early pace-setter Marcus Armstrong was fourth, suggesting that the SJM Prema Theodore Racing driver will be a likely contender for pole position later this afternoon.

Liam Lawson confirmed MP Motorsport’s encouraging session with fifth on the timesheets, ahead of Ticktum, with Indian driver Arjun Maini next up in seventh.