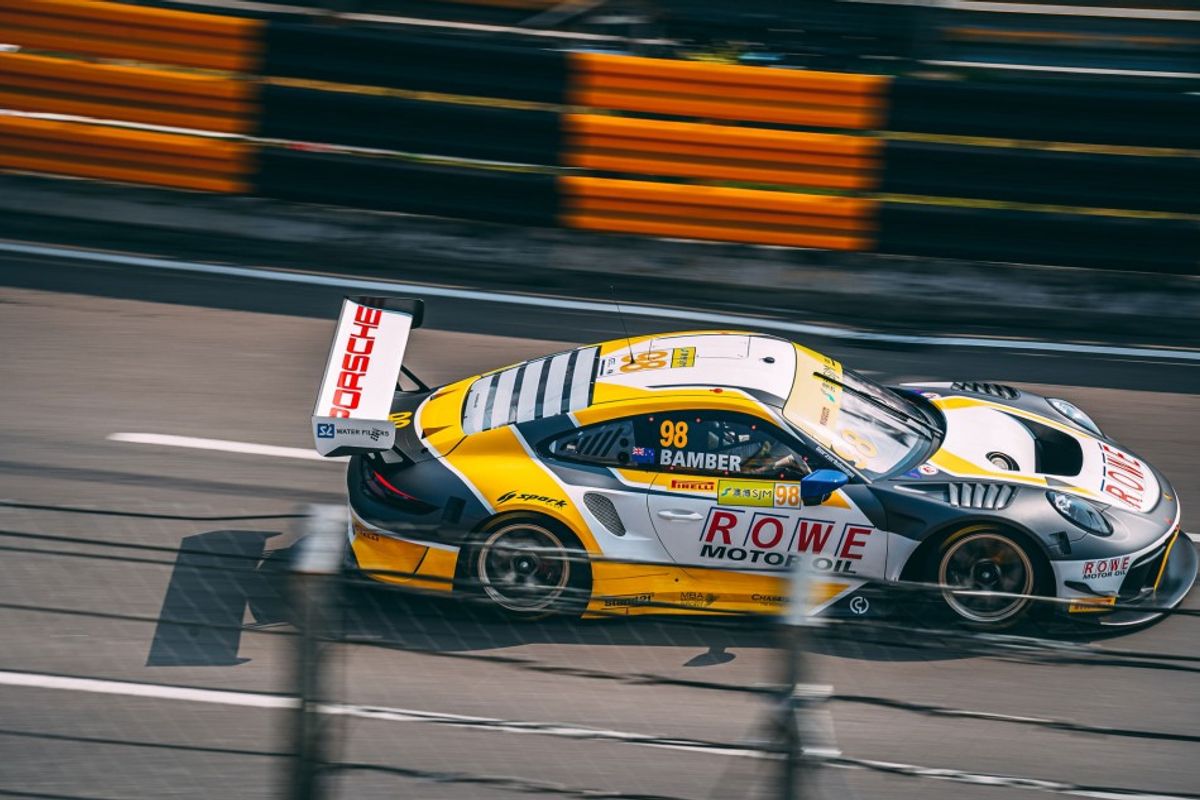 Earl Bamber produced a high-class late run during Free Practice 2 of the FIA GT World Cup, as the Porsche pilot doubled up by topping both practice sessions around the challenging Macau street circuit.

An identical top two was also confirmed when Bamber’s ROWE Racing team-mate Laurens Vanthoor went second fastest as the chequered flag fell, as he did during Thursday’s session.

Marciello Raffaele was the quickest of the Mercedes AMG – GT3 runners in fifth, whilst Edoardo Mortara was next up in the timesheets in his identical Mercedes-AMG Team Craft-Bamboo Racing machine.

The two remaining Porsches filled positions seven and eight through the Absolute Racing duo of Alexandre Imperatori and Kevin Estre, although the latter’s session ended prematurely with a pretty heavy accident after Mandarin corner.

Reigning champion Augusto Farfus Jnr had to settle for ninth overall with BMW seemingly struggling to find race-winning pace at this early stage of the weekend.