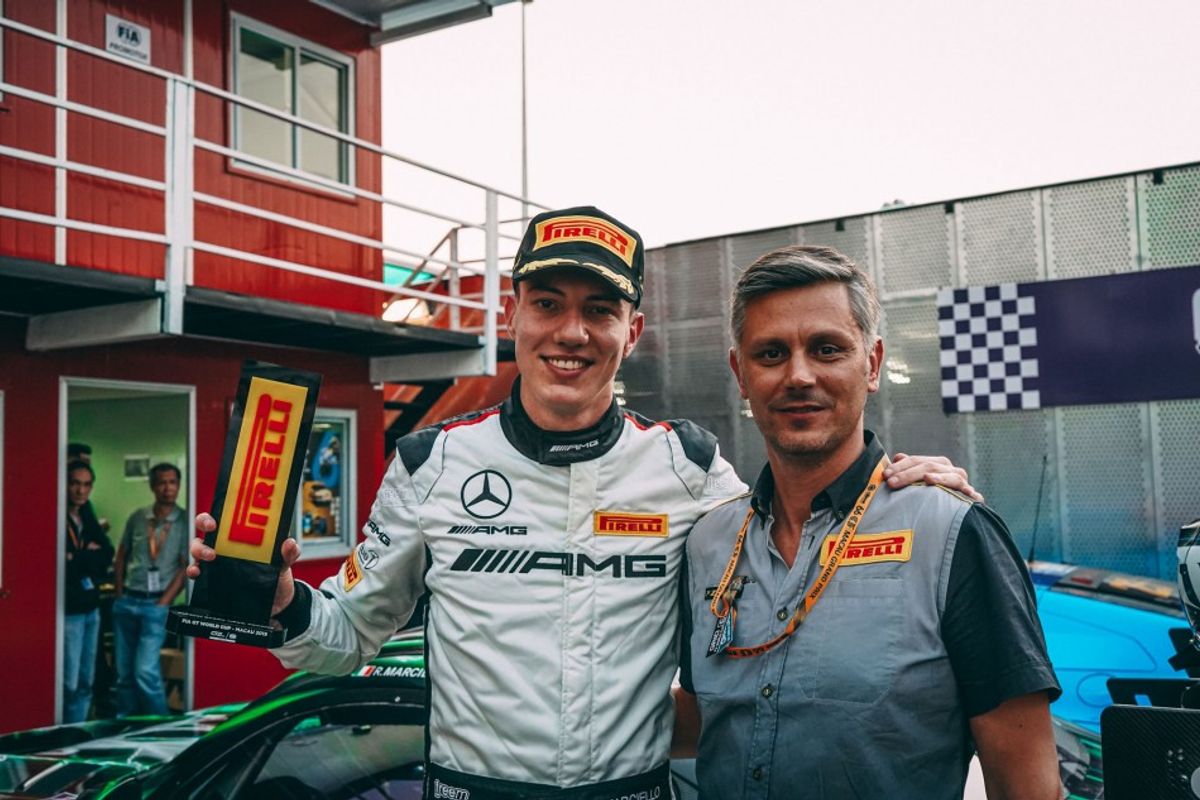 The GruppeM Racing Mercedes-Benz driver led the way in the opening stages of the 30-minute session, but subsequently dropped down the order as the battle for pole position seemed to be a matter between Audi drivers Dries Vanthoor and Christopher Haase and Porsche’s ROWE Racing duo Earl Bamber and Laurens Vanthoor.

It wasn’t until the very last moment when the former Ferrari F1 junior Marciello produced a sensational 2m15.669s lap aboard his green Mercedes-Benz AMG GT, setting best times in sectors three and four to secure an eleventh-hour pole.

“It was quite a tough session and I wasn’t sure I was going to get the lap in,” said Marciello, after receiving the Pirelli Speed Hero Trophy. “It was so late and I just really went for it, so I am happy with that.”

The second row of the grid will be shared by ROWE Racing’ Bamber and Vanthoor, with the New Zealander beating his Belgian team-mate by 0.129s.

Winner of the inaugural edition of the FIA GT World Cup – Maro Engel – ended up fifth in the second of the GruppeM Racing Mercedes, one place ahead yet another AMG GT3, driven by six-time winner on the streets of Macau, Edoardo Mortara.

Haase, who was atop of the timing sheets at one stage, ended up seventh, having suffered a puncture with third of the session remaining.

Shanghai-based Swiss racer Alexandre Imperatori, making his one-off outing for Porsche in Macau, qualified his Absolute Racing-run 911 GT3 R in ninth, one place ahead of Charles Weerts, who rounded out the top 10 in the second of the WRT Audis.