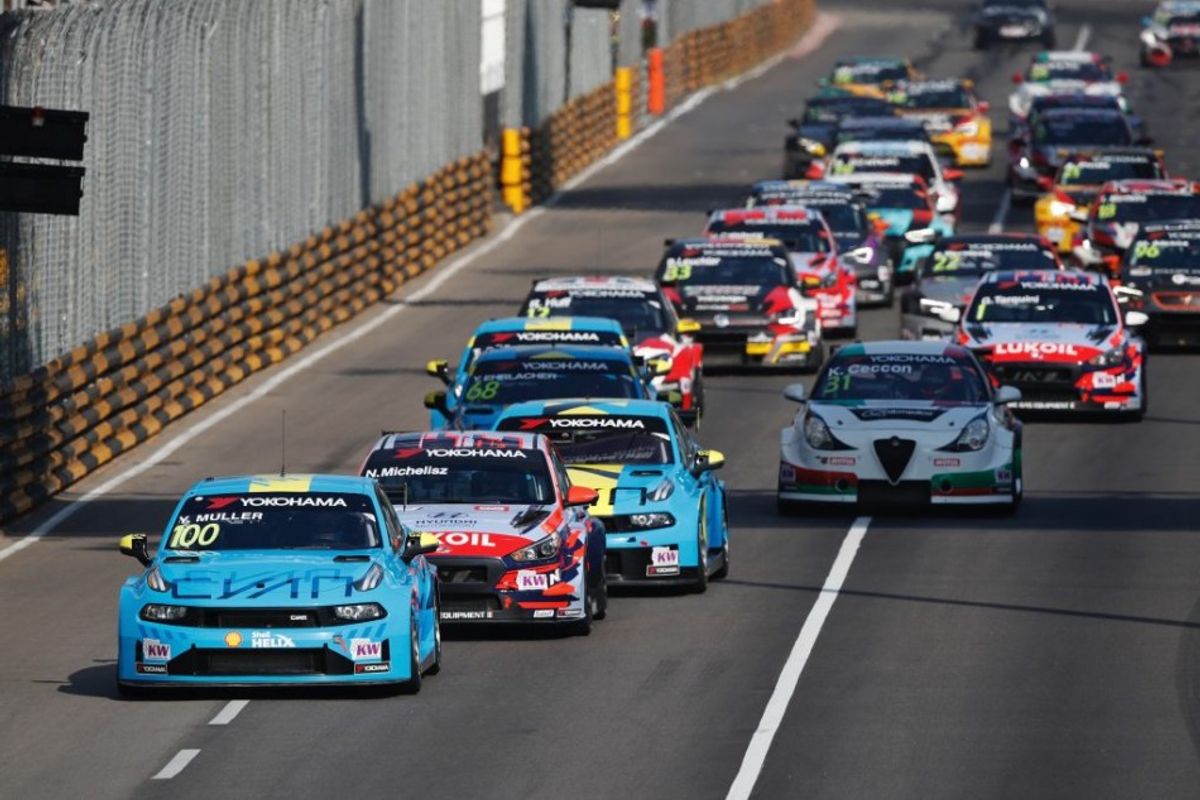 “Amazing,” said a delighted Muller after his third win of the WTCR / OSCARO season. “I retired from driving in 2016 and I thought I would never come back. Now I’m back in the car and even better I’m winning. This was a big team effort. Thank you to my team-mates because they push me and make me faster.”

From the start Priaulx and team-mate Yann Ehrlacher worked together to push fourth placed starter Ceccon down to fifth as Björk dropped a place to seventh behind Rob Huff. Björk, who started the race third in the points, then gained a place back when Ehrlacher sacrificed his race by dropping behind him, which also benefitted Ceccon and Huff.

Priaulx made a similar team sacrifice on the last lap. He dropped from third to sixth, allowing Björk to finish fifth behind Ceccon and Huff.

Esteban Guerrieri, who started the day with a slight two-point advantage at the top of the standings, had a poor race in his ALL-INKL.COM Münnich Motorsport Honda Civic Type R TCR. The Argentine was forced to start from the back after an engine change, but with no hope of scoring points retired to the pits.

Michelisz now leads Guerrieri by 18 points from Muller and Björk with many more points on offer from Races 2 and 3 on Sunday.

Of the front-runners, Comtoyou Team Audi Sport’s Frédéric Vervisch gained the most places in the race, rising from P11 on the grid to finish seventh behind Priaulx, ahead of Ehrlacher and BRC Hyundai N Squadra Corse’s Gabriele Tarquini. Nicky Catsburg’s Hyundai i30 N TCR completed the top 10.