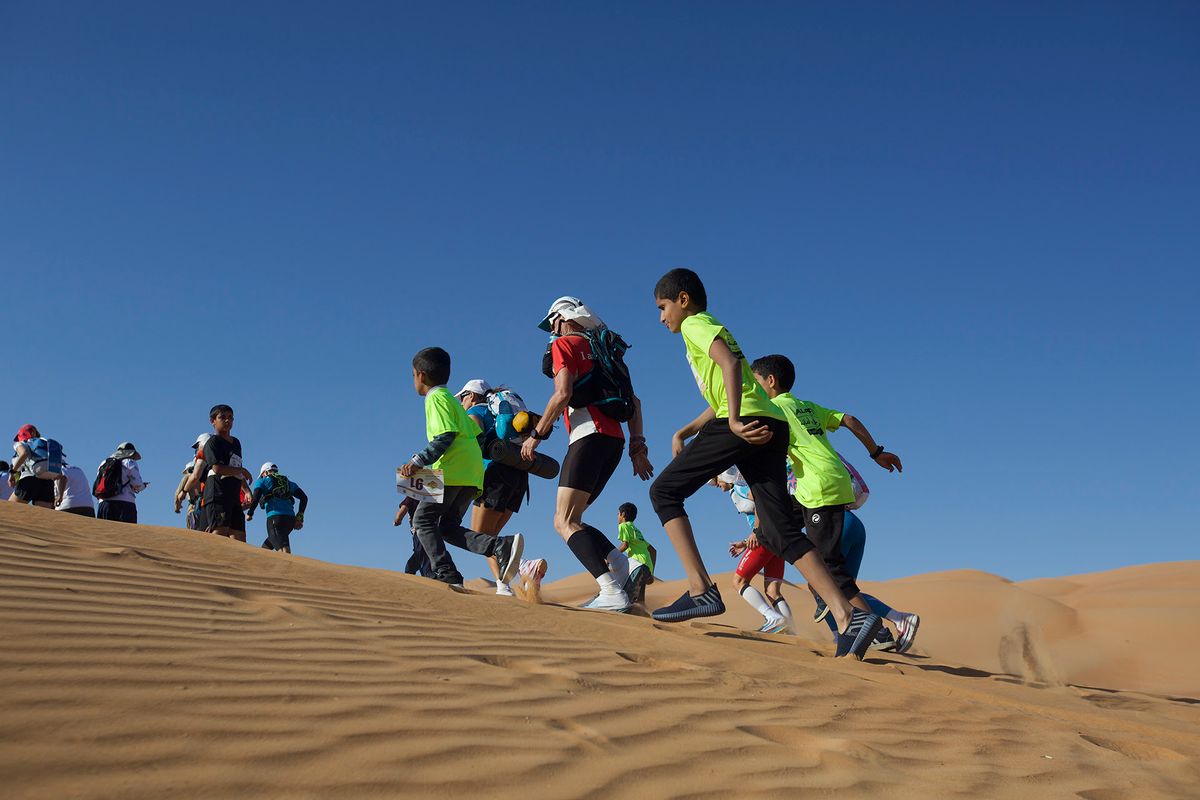 One way to escape one of the wettest November's on record

After a chilly night at the desert, runners from around the world got ready for the race. The atmosphere at the runner’s camp was filled with adrenaline and their excitement to run in exotic beautiful Oman. Runners had their last warm breakfast before embarking in the desert for 6 days in a total self-sufficient adventure.

Runners were taken to start line, where the first day of Oman Desert Marathon officially started, celebrating the 59th anniversary of the National Day of Oman in the village of Alhawyah, Bidiyah. Traditional dances, horses and camels opened the ceremony attended by local officials, international runners that came from 15 countries to race in the Omani spectacular but yet challenging desert.

The route started with a big climb that proved challenging for many of the participants, however, the course did not have abundant raised areas until the finish line.

This year there are two short distances added. The Half Marathon and the 3-km Fun Run for families and kids. More than 50 runners from Muscat and other locations came to Bidiya to have a taste of desert running, and 40 kids took part in the Fun Run challenge, showing their enthusiasm for outdoor sports and adventure.

At the fifth kilometre checkpoint, Rachid Almurabity from Morocco had claimed the top spot, followed by a gap of runners led by Evgeni Glyva from Poland, one minute behind him.

Several runners of the Oman Desert Marathon are supporting charities from their home countries and use it as inspiration to cross the desert with enthusiasm. Those are the cases of 2 runners from Switzerland raising funds to support an ONG in Africa that promotes women's education and Fran McEwen from New Zealand that supports a charity dedicated to young women's wellbeing back in her home country.

The last part also needed some extra effort, with Rachid Almurabity claiming the first position, Mohammed Almurabity right behind him and Evgeni Glyva in third. The first woman to arrive was Aziza Raji, who finished at 2:31.