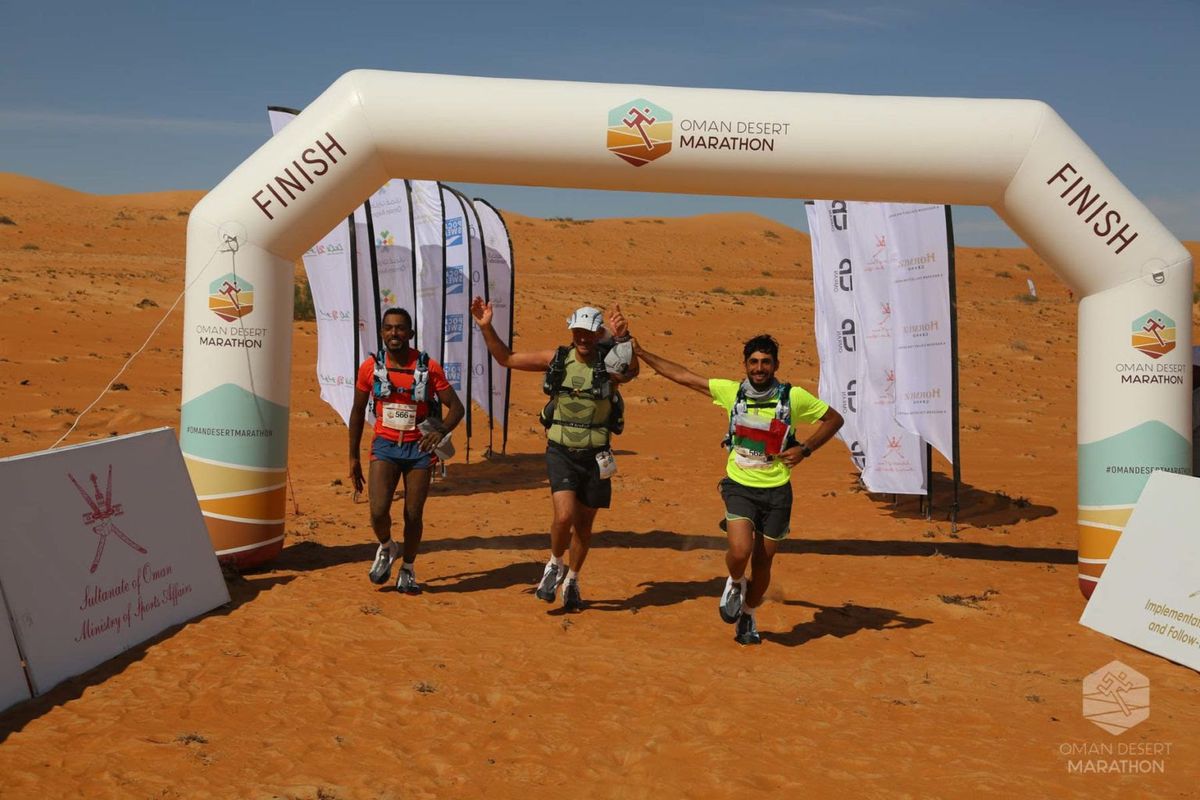 The second day of Oman Desert Marathon started with briefing early in the morning, where runners were informed of what to expect in the course, and they were reminded to follow the flags along the course. What it seemed to be a slow morning, as the runners took a longer time to get ready and move to the start line, turned out to be a fast start. Off they went on a second day on the wilderness of the Omani Desert, with the excitement of the first day faded away and runners being more adjusted to the weather conditions.

This second stage was more isolated as it was deeper in the desert, giving the participants the experience they were looking for: the feel of solitude and mystique of the desert. Dunes were small and even when they looked compact and easy to run on, there were paths of soft sand making it harder to run on. Many runners found it much more difficult than yesterday but also very rewarding.

With a nice breeze being present during the morning and afternoon, Almuraby Rachid from Morocco was the leader of the race for the second time, followed by his brother Almuraby Mohammed, while Glyva Evgeni from Ukraine, arrived at the finish line four minutes later.

In women's category, the first to arrive was Aziza Raji from Morocco with a time of 3:29, followed by Pizzali Fabiana and Romazi Emmanuelle from Italy and France, respectively.