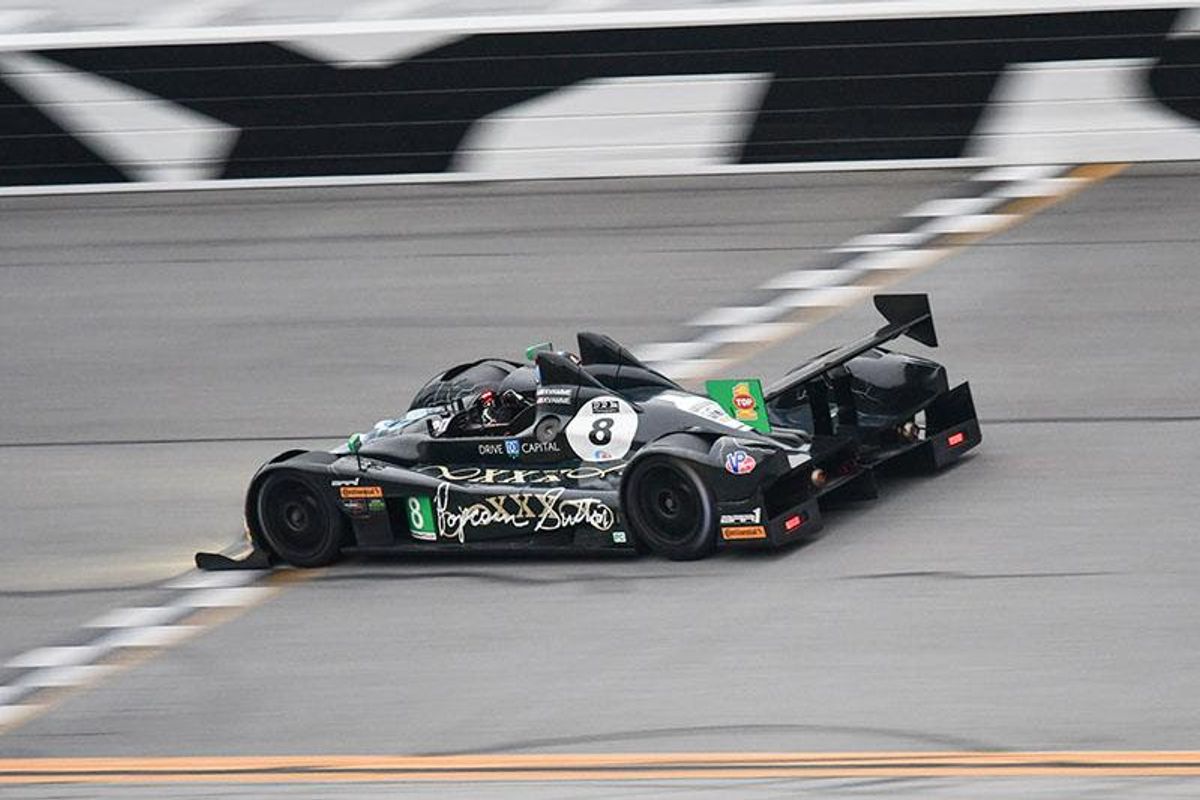 A pair of competitive B.R.M. Chronographes Enduro Challenge races Friday at Daytona International Speedway were the perfect primer for this weekend's HSR Classic Daytona presented by IMSA, the classic 24-hour race that will be run at the "World Center of Racing" for the fifth time Saturday and Sunday.

Mark Kvamme scored the overall and Prototype-class win in the B.R.M. Historic/Prototype/GTM Enduro in his 2009 No. 8 Oreca FLM09 "PC" car while Todd Treffert went two-for-two in HSR Daytona Historics feature races with the overall and GTC win in the afternoon B.R.M. race.

Treffert co-drove Friday with Leh Keen for the convincing B.R.M. victory in his Speedconcepts 1974 No. 441 Porsche 911 IROC. The victory followed Treffert's overall and Porsche-class win in the No. 441 Thursday in the Sasco Sports International/American Challenge sprint.

Kvamme shared the Prototype podium with the 2011 No. 40 Oreca-03 Judd of runner-up Marc Devis and third-place finishers Pierce Marshall and Eric Foss in the 2014 No. 31 Ligier JSP2.

Treffert and Keen led a GTC-class overall sweep in their B.R.M. Enduro with Angus Rogers second in his KMW Motorsports 1973 No. 151 Porsche 911 RSR and the duo of Ernie Wilding and John Wilding, who were third in class and overall in their FAS Autosports 1995 No. 82 BMW M3.

Albino stood on the Vintage podium with second-place finishers Alan Benjamin and Barry Waddell in the 1972 No. 18 Porsche 911 S/T and Jamie Busby, the 2018 HSR Driver of the Year, who soloed to a third place showing in the KMW Motorsports 1970 No. 188 Porsche 914/6.

The top three finishers in the GT Modern (GTM) class crossed the finish line just behind Prototype winner Kvamme. Class winner Schultis finished second overall in the No. 333 Mercedes SLS, Marc Montour was third overall and second in GTM in his GT Racing 2014 No. 27 Aston Martin Vantage GT3, and the duo of Jason Rabe and Patrick Gallagher were fourth overall at the line and third in GTM in the 2013 No. 33 Ferrari 458 Challenge Evo.