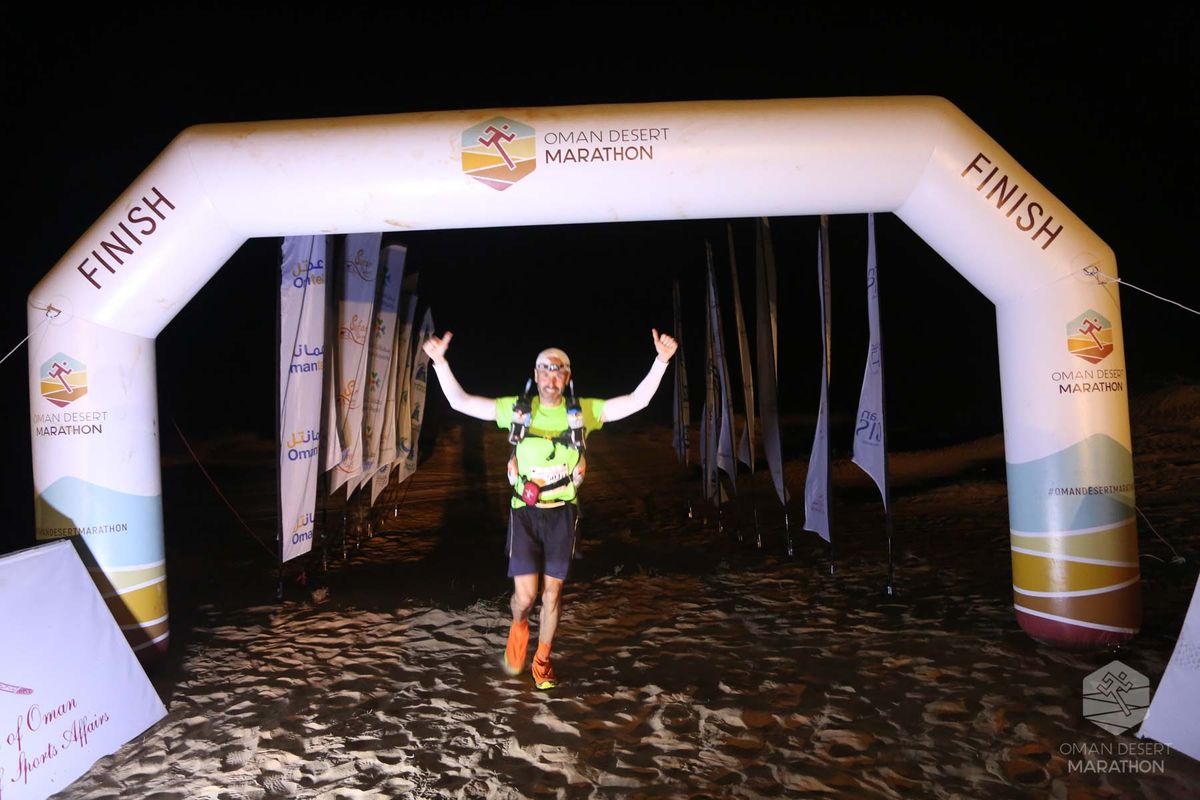 With the briefing taking place at the start line at 6:30 AM, runners were very tired and nervous. It was a long night before making it to camp, too little rest after the 42km they covered. Some arrived at 4 AM and had to be ready for the last stage after less than two hours of sleep.

There was a nice breeze and the course started to show a little inclination. It was just the beginning before starting the climb of the highest dunes of the Oman Desert Marathon. At the 13th kilometer, some runners had the will and determination, but humidity and persistent effort to climb the dunes made them feel very exhausted, you could see it in their faces.

At the beautiful beach next to the Arabian Sea, the medals were waiting for the participants. The first to arrive and receive the gold was Rachid Almurabity. Second place was claimed from his brother, Mohammed Almurabity and the third one to arrive was Evan Glyva from Ukraine.


First woman to arrive was Aziza Raji from Morocco, followed by Fabiana Pizzali from Switzerland and in third place, Emmanuelle Romanzi from France.

All participants that reached the finished line jumped in the sea, a well-deserved treat after a week of physical and mental effort in the desert. It was their moment to relax while they waited for the rest of the runners that were still out in the dunes.

First Omani to arrive was Imad Al Ghasani, followed by Salim Al Hasni and third-placed Bakheet Alshahri. You could see the pride in their faces when they crossed the finish line holding the Omani flag.

Stage 6 was a celebration of a massive goal achieved and many participants got energy after almost a week of gruelling effort by dancing with joy to the rhythm of traditional Omani music that filled the air.

The last one to cross the finish line was Kevin McDermit from Canada. He had lost the course track for a bit but with the support of ODM volunteers, he managed to get back on track and complete that exhausting challenge.

All runners arrived safely and happy to have achieved Oman Desert Marathon. After a traditional lunch with camel meat, they all were transported to the base camp where they started resting and recovering.