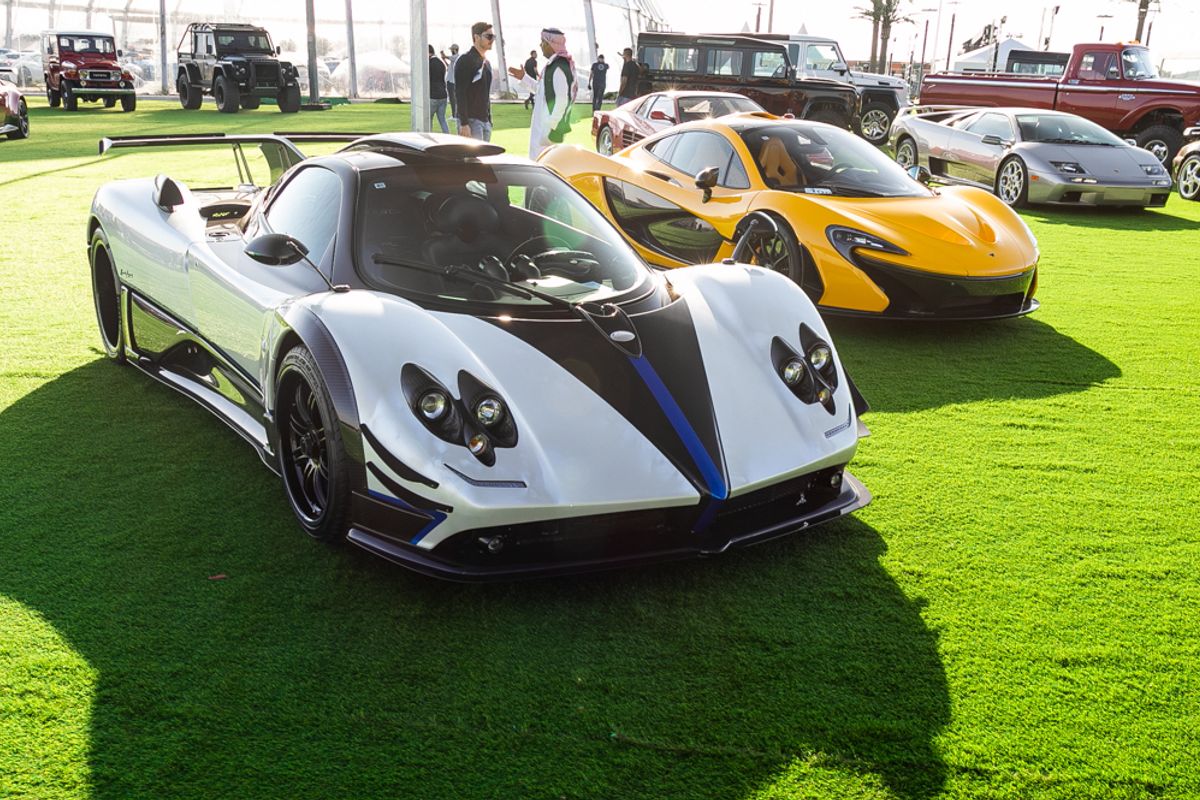 Hypercars and Supercars generate $16,000,000 worth of sales
Silverstone Auctions sells its highest value car ever and ends 2019 season on a high
The Riyadh Car Show Auction held on the 22nd November and hosted by Silverstone Auctions in partnership with Seven Concours was hailed a great success as a catalogue of the most expensive hypercars and supercars were auctioned under the setting sun.

As part of the Riyadh Season, the Riyadh Car Show Auction was full of exotica, in fact, an unprecedented selection of the worlds fastest and most expensive cars, some of which were bespoke orders or from limited production runs.

The star lot and one that was being watched by many, Lot 121 the 2017 Pagani Zonda Riviera, achieved $5,885,000 and went on to be the most expensive car sold at the auction and also the most expensive ever for Silverstone Auctions. As the hammer fell there was a huge cheer and applause throughout the saleroom and many faces telling the story of a fantastic lot achieving a quite incredible price. This Zonda is a very special car, based on the Zonda F, Pagani offered the owner the opportunity to create this one-off special which include upgraded carbon panels, carbon-black wheels and bespoke interior finished in blue. With 900km on the clock, this is quite a car for one very lucky new owner.

“The Pagani Zonda Riviera certainly stole the show and attracted lots of interest. To achieve this figure and set a world record auction price for a Zonda is quite astounding.”

Just some of the other cars that did very well were, Lot 108, a very low mileage 2015 Mclaren P1 in Volcano Yellow achieving $1,123,500 and Lot 141, the 2017 Ferrari F12tdf, produced as part of Ferraris Tailor-Made programme finished in triple layer special order Blu Elettrico. Internally there are many bespoke features which really make this car stand-out. A beautiful car and very striking helping it to achieve $909,500.

Some other notable sales were the 1978 Rolls Royce Corniche 2 Door Saloon one of 310 built between 1977 and 1980. Finished in Seychelles Blue with the black Everflex roof, this lovely car has been fully restored and we believe, according to recent auction prices, this sold for a world record price of $96,300 (£71,500).

With plenty of bidding both in the room, via the phone, commission bids and online, this auction was being watched with great interest around the world.

Nick continued: “We were made very welcome by the Saudis and it was a pleasure to host this auction with Seven Concours. We would certainly like to come back next year and do it all again.”