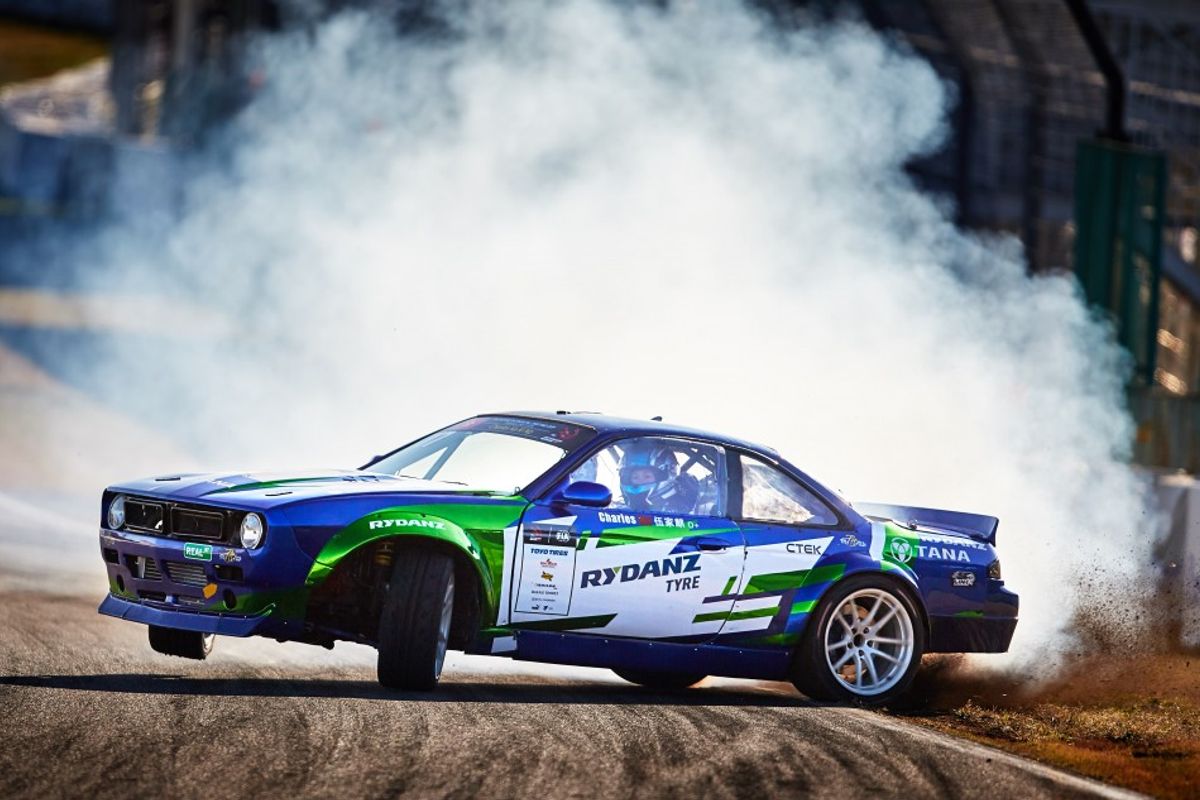 held at Tsukuba Circuit in Japan

The former World Touring Car regular started his weekend on a back foot, having suffered from gearbox issues during Friday’s practice runs.

However, the driver from Hong Kong came back stronger on Saturday to score 93 points out of a possible 100 during his high-energy second run. The driver of the Nissan Silvia S14 was the only one who exceeded 90 points during solo qualifying runs.

"Yesterday we had problems with the gearbox. We had to have it fixed but after the car felt very good today and that’s why I was able to get the first place.

"The track is very grippy, there was a lot of grip in the tyre so I could run a bit crazy. It worked out so I’m very happy with the outcome."

"I don’t think too much about tomorrow but I’ll my best and focus on every single battle in top 16."

Second place went to the best of the locals, Yukio Matsui, who drove his Mazda RX-7 very aggressively during his second run to score a total of 90 points. "I’m very happy to get the second place. The car feels great, so hopefully I’ll be doing great tomorrow," summarised the Japanese driver.

"It’s very good to be in the top three of the FIA IDC. Both my car and myself were in a very good shape today," said the Russian.

"I hope, like today, tomorrow the weather will be nice and we’re going to enjoy it together with the team."

"Everybody will be dangerous. The most important is my side. If I do well, everything else will be OK. It’s the FIA IDC so all the competitors here are good."

Michael ‘Mad Mike’ Whiddett failed to initiate his drift in time going around the inside clipping point on his second run and didn’t score any points. 82 points form the first run were good enough to give the New Zealander sixht place.

Seventh went to the 2017 FIA IDC winner Masato Kawabata, who was awarded 80 points for his first run. He finished one point ahead of his teammate Hideyuki Fujino.

Last year’s runner up, Yves Meyer, ended up ninth, having scored 77 points during his second run. The Swiss drifter is finding his feet in his new Toyota GT86 following a switch form BMW machinery.

The final will take place at 12:50 local time on Sunday and will be streamed live