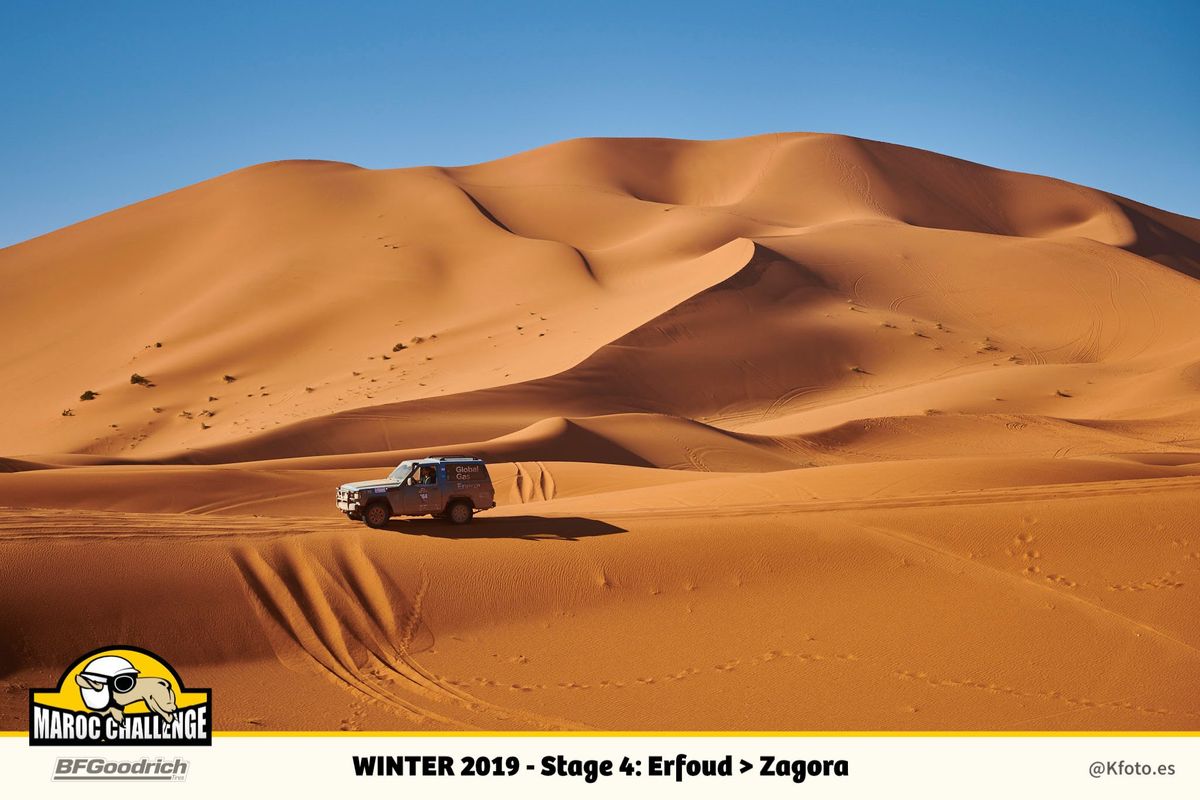 Maroc Challenge faces the moment of truth. After crossing the equator, the imposing Erg Chebbi, which the participants crossed from North to South early this morning, has been the main protagonist of the day, which has given us a unique experience for the participants of all three categories. As usual, they have the level of difficulty adequated to their expertise at the wheel and the characteristics of their vehicle.

The Atlas Mountains were left to be crossed, a challenge full of rain, snow and extreme cold and then entering the desert, where temperatures, especially during the day, are much more pleasant. After enjoying the adventure of crossing Erg Chebbi, racers found faster tracks and in better condition than in the previous stages, although the demands have not diminished and the degree of difficulty remains high.

The fourth stage, in which the Italian team of Pietranera has imposed its style, with a Toyota Land Cruiser 80, has kept the sabers rattling with just two days left for the conclusion of this 17th edition of the Maroc Challenge. ASM Sport remains in the lead for the second consecutive day, with a total of 175 points, 25 less than MYMSA, which occupies second place. In the third position is the Villajoyosa 4x4 team.

Today, the fifth stage will set out from Zagora to Erfoud, in which the participants of the Raid category will face a good dose of dunes and, especially, those of Ouzina, which are not very high but full of traps, as well as the fearsome fesh-fesh of Ramlia. It is the longest stage of this seventeenth edition of the Maroc, as it consists of 462 kilometers, of which 432 will be timed. Many of the options to make it onto the event's podium will be at stake.