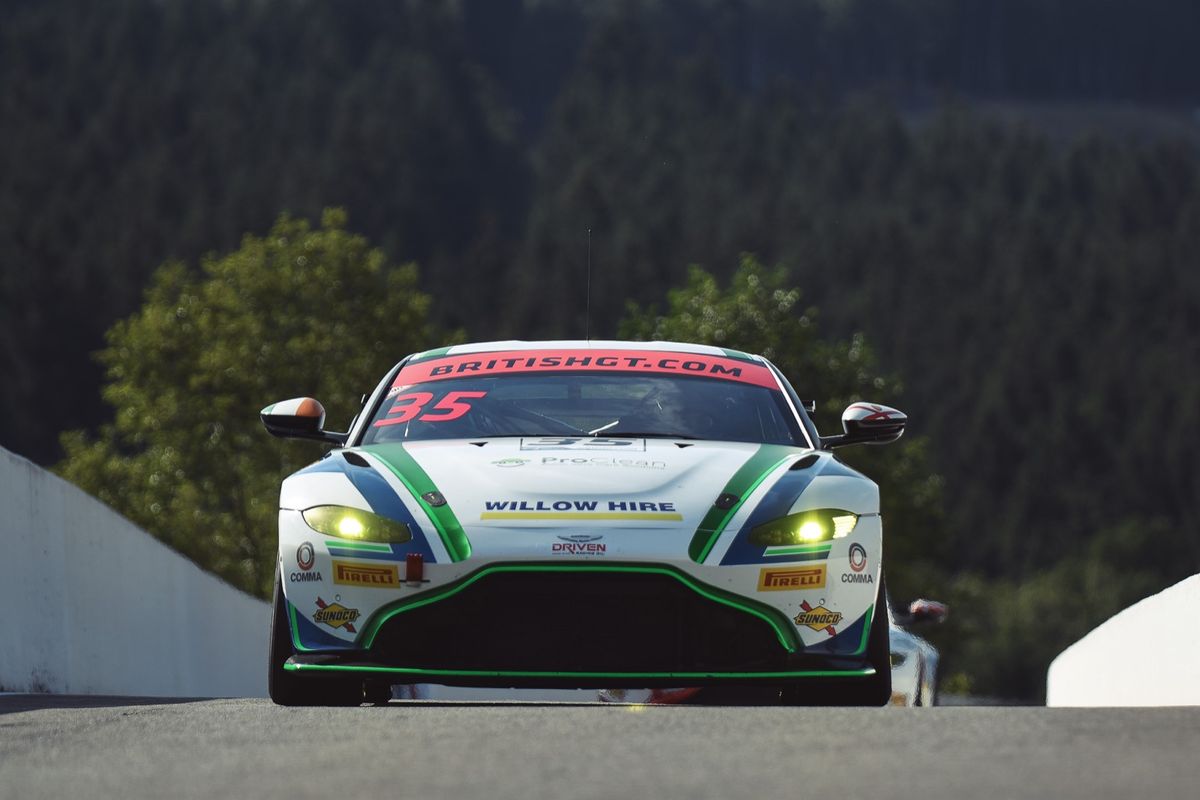 The start of the 2020 British GT Championship is still some way off, but Optimum Motorsport is already busy putting together its race programme for the forthcoming nine-round championship where the team aims to field two GT4 entries at a minimum.

Connor O’Brien is the first Optimum driver to confirm his participation in the series off the back of a successful debut season in 2019.  Adapting to the demands of both the new series and the new race car, the start of the season was somewhat compromised, but there were many positives for Connor as the year progressed.

Qualifying for the Belgian round saw Connor quickest of the Aston Martin GT4 drivers with a fine fourth position on the grid, while other strong results later in the season – including a superb podium in the GT Open Cup at Silverstone with factory driver Charlie Eastwood – gave the driver the confidence to field the entry once again.

For Optimum Motorsport, the continuation in the British GT Championship comes off the back of GT4 titles in 2013 and 2016 as well as the overall GT3 title in 2018. This year the team clinched the Silver Cup with Ollie Wilkinson and Bradley Ellis, while also fielding the two GT4 entries.

The team will announce further drivers at a later date, with options still available for the second entry for suitably qualified drivers.

Connor O’Brien
“I enjoyed last year a great deal and while the start was tricky with the new car, we made great gains as the season progressed. It was superb to have the fantastic support from Aston Martin Racing and the Academy was so helpful.  We showed what we could do in qualifying at both Spa and Donington, so we take the year of experience into the coming season with the aim of regular podium finishes.”

Shaun Goff, Optimum Motorsport Team Principal
“We’re delighted to be returning to the British GT Championship with two GT4s.  We have a proven championship winning record in this series and we are now entering our third season as an Aston Martin customer team. It is now a proven winning package; so, we head into the series expecting to be challenging for the title. Connor has developed with us, first in Ginettas and is now making great strides in this championship. I’m sure 2020 will see a strong campaign from him.”