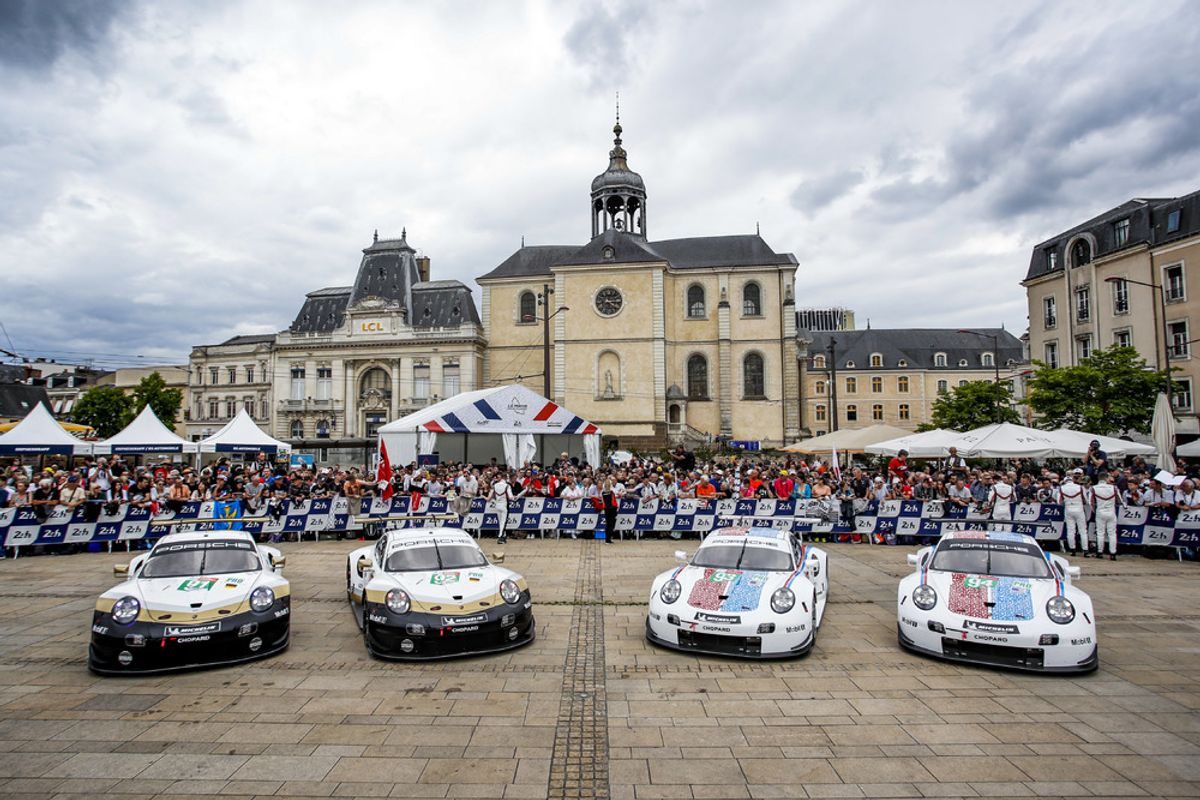 On the occasion of the Night of Champions motorsport gala at Weissach, Porsche reflected on its 2019 motor racing year. The past season was one of the most successful in the history of the company, with titles in three of the world’s most important GT racing series, many other victories in championships and individual events as well as a successful start into Formula E. Members of the Executive Board at Porsche as well as the Chairman of the Supervisory Board, Dr. Wolfgang Porsche, honoured the achievements of drivers and racing teams from all over the world. At the same time, the continuation of the extensive worldwide motorsport programmes as well as a number of new developments were announced.

Four works cars at Le Mans in 2020
Porsche will continue its GT offensive again in 2020. At the 88th running of the 24 Hours of Le Mans, Porsche again campaigns four works cars. The two championship-winning teams from the FIA WEC and the IMSA WeatherTech Championship again join forces and will each field two of the ca. 515 hp 911 RSR (2019 model year). A one-two victory in Le Mans, in race two of the 2018-2019 Super Season, laid the foundation for Porsche’s title win. At the final round of the season in June 2019, a double podium result sealed the manufacturer’s title as well as positions one and two in the team and drivers’ classification.

New 911 RSR celebrates North America debut at Daytona
After a sensational start into the FIA WEC season with two one-two victories and two pole positions from three races, the new Porsche 911 RSR celebrates its US debut on 25 January at the 24-hour race at Daytona. For the 2020 season, the ca. 515 hp No. 911 GT racer will be driven by Nick Tandy (Great Britain) and Frédéric Makowiecki (France). The regular drivers will be supported at the longest races of the season at Daytona, Sebring and Petit Le Mans by Matt Campbell (Australia). Sharing driving duties in the No. 912 car are the two champions Earl Bamber (New Zealand) and Laurens Vanthoor (Belgium). Mathieu Jaminet (France) joins the team at the endurance events.

Porsche relies on its upcoming drivers
For the 2020 season, the Porsche Motorsport squad for GT racing and Formula E is made up of 18 works drivers, two Young Professionals and two Porsche Juniors. The Australian Matt Campbell (24) and Frenchman Mathieu Jaminet (25) from Porsche’s own youth development programme have been signed on as works drivers. Both have received extensive training initially as Porsche Juniors and then as Young Professionals in the Porsche one-make cups and in international GT racing. The Frenchman Julien Andlauer (20), who claimed the 2019 Carrera Cup Deutschland title, advances into the next phase of his racing career as a Young Professional. Two Porsche Juniors tackle the 2020 Porsche Mobil 1 Supercup: Jaxon Evans from New Zealand (23) contests his second season as a junior. In November 2019, Ayhancan Güven beat the most talented drivers from the worldwide one-make cups at a comprehensive shootout and joins the junior programme of Porsche Motorsport for the coming season.

Porsche’s winning drivers take on new roles
At the Night of Champions, Porsche Motorsport Vice President Fritz Enzinger farewelled three particularly successful and exemplary works drivers: the two Le Mans overall winners and two-time world champions Timo Bernhard (38) and Brendon Hartley (30) as well as “Mister 911” Jörg Bergmeister (43). The longest-serving Porsche works drivers, Bergmeister and Bernhard, who are among the most successful sports car drivers of all time and won the championship titles in the Carrera Cup and Supercup twenty years ago, remain loyal to Porsche AG as brand ambassadors. Brendon Hartley, who was on loan to Formula 1 and various prototype teams for the last three years, now dedicates himself totally to commitments independent of Porsche. Until recently, Hartley was involved in the development of the Porsche 99X Electric and in the preparation for Porsche’s maiden Formula E season. The two Young Professionals Matteo Cairoli and Dennis Olsen have successfully concluded their training from juniors to professional racers and will contest selected championships for Porsche customer teams next season.

2019 Porsche Cup winner: Alan Brynjolfsson in the 718 Cayman GT4 Clubsport
The Porsche Cup, a trophy presented to the most successful Porsche private driver in the world, was awarded for the 50th time this year. The Porsche Cup is based on an idea of Ferry Porsche and has been presented annually since 1970. All national and international drivers who yielded race results in a vehicle manufactured or recognised by Porsche are eligible. Dr. Wolfgang Porsche, Chairman of the Supervisory Board at Porsche, presented the awards on the occasion of the Night of Champions. The Porsche Cup trophy and a Porsche valued at over 140,000 Euros went to Alan Brynjolfsson (USA, 51), who earned points in the USA in the Pirelli GT4 America and the Michelin Pilot Challenge. This is the first time a 718 Cayman GT4 Clubsport driver has claimed the trophy. Last year’s winner Christian Ried received 30,000 Euros in prize money for second place, with Trent Hindman from America taking home 25,000 Euros for third.