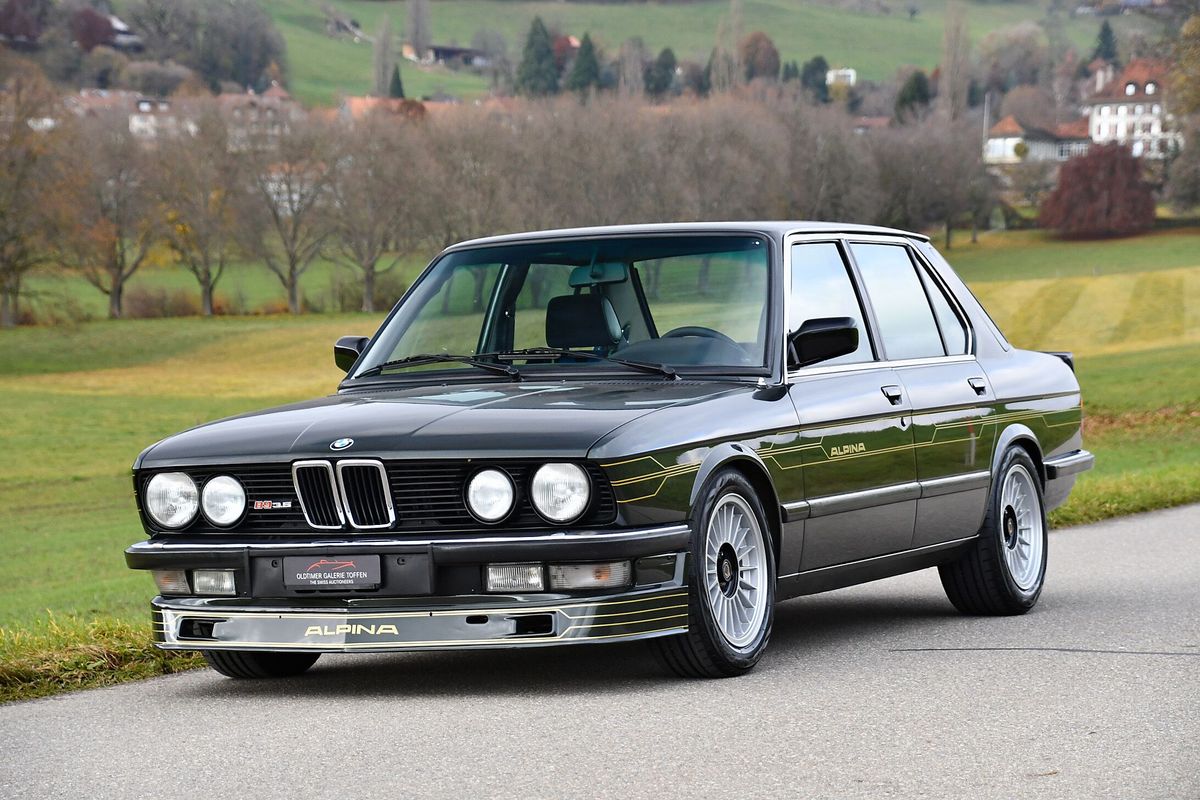 Only 500 examples of the 528i E28 based Alpina B9’s were built. This B9, with its Serial number 488 was delivered by the works as a normal 528i to Alpina in Buchloe (D) in June 1984. In July of the same year the completed B9 was delivered to Max Heidegger Co. in Triesen and finally registered in February 1985.

The car had some expensive options such as the ABS, the electric roof, sport-seats with Alpina fabric covering and electrically operated windows. After changing ownership twice the BMW was repainted to Ford Imperial blue in July 2001 and decorated with the classic Alpina decor stripes in silver.  In November of the same year, at around 190’000 km, the cylinder head was overhauled. In October 2003 the car was sold to a collector but rarely driven during the next 10 years.

In 2014, it received a major service, the steering rods were replaced together with the lower front wishbones as well as new mid and aft exhaust silencers. In 2019 the Alpina was finally returned to its original specifications and repainted in the original “Achat-green” with gold decor stripes and an original steering wheel and new tyres in the correct dimension (205/55-16 front and 225/55/-16 back) were installed. With around 196’000 km driven and full service records until 2001 this rare Alpina is now in very good condition. The last Swiss MOT was done in April 2001 but this will be renewed for a Swiss buyer.