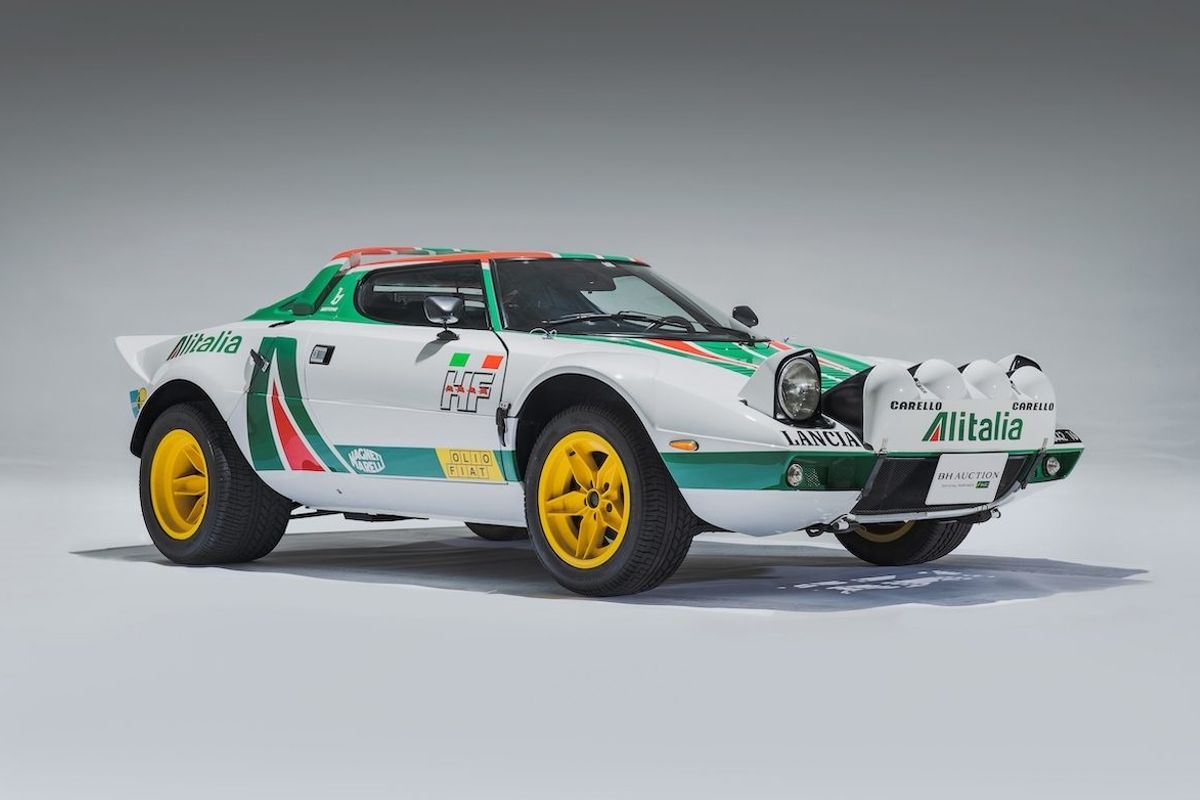 Lancia Stratos is a commercially available sports car that was devolved and produced as a Group 4 machine capable of entering the WRC (World Rally Championship). Stratos was originally a name for a design study of a midship car created with components of the Lancia Fulvia HF that was displayed at the Torino Show in 1970.

Cesare Fiorio, of Lancia Corse was looking for an alternative one-off rally machine to the Fulvia that was struggling against the Alpine A110 and saw potential in this vehicle. Convincing both Lancia and Bertone to help realize his plan, an unheard of project was hatched to create a rally-exclusive car. The drivers and developers both coveted a car under 1000kg, engine output more than 300hp, 2 seater, mid engine, light-weight body with reinforced plastic, and the shortest wheel base possible, which was a unheard concept at that time.

Prominent technicians such as, Marcello Gandini, Gianni Totti, Nicola Materazzi, Mike Parkes, Gian Paolo Dallara were assembled to make this happen. By 1971, at the Torino Show, Stratos HF Prototype was already announced. With the engine, Lancia’s CEO Pierugo Gobbato asked Giovanni Carlo Francesco Agnelli and Enzo Ferrari for help. They produced 500 Ferrari Dino V6 units, enough for the homologation of the Group 4 and in November of 1972, they made their debut in the Le Tour de Corse.

When the production finally started and the regulation to qualify for the Group 4 homologation was relaxed to 400 cars, they managed to attain works team status for the WRC right before the start of the season. Winning race after race, their success was described as the “Stratos theatre”. Winning the WRC title three years in a row from 1974, 75 and 76. But starting 1977, due to the parent company’s decision, the scope of its activity was downsized. The WRC in 1978 proved to be the last race that the Stratos raced as a works team.

The car put up for auction is a Torino Stradare (chassis number: 829ARO 001923(#1923)) registered under Lancia S.p.A. The car’s original license plate was M 38442 TO. The car changed ownership from Lancia to a dealership in Torino, Salone Auto rivoli. It was then bought by a private owner. The founding owner of an apparel brand “Cristiano Fissore”, bought the #1923 on April 1987.

The University Motors which races in Genoa, converted the car using parts from the Stratos special shop into a Group 4 Competizione car. In 2003, the #1923 was sold to a Stratos special shop, Autohaus Sparwald, based in Ensdorf, Germany which also operated as a dealership for FIAT and Lancia.

They did major maintenance to the engine peripherals and due to requests from the owner-to-be Englishman, Robert Whitehouse, the body color was changed from its original blue to the Alitalia-look. Whitehouse took the #1923 to England and to enter historic rallies, attained FIA HTP papers from the English MSA(current Motosport UK) and raced in a few events. The #1923 was imported to Japan around 2006 and the body was refined to match the 1976-version works car. It is in excellent condition. The #1923 comes with a manufacturer’s certificate and it states that the engine number (829ARO) matches that of the chassis.