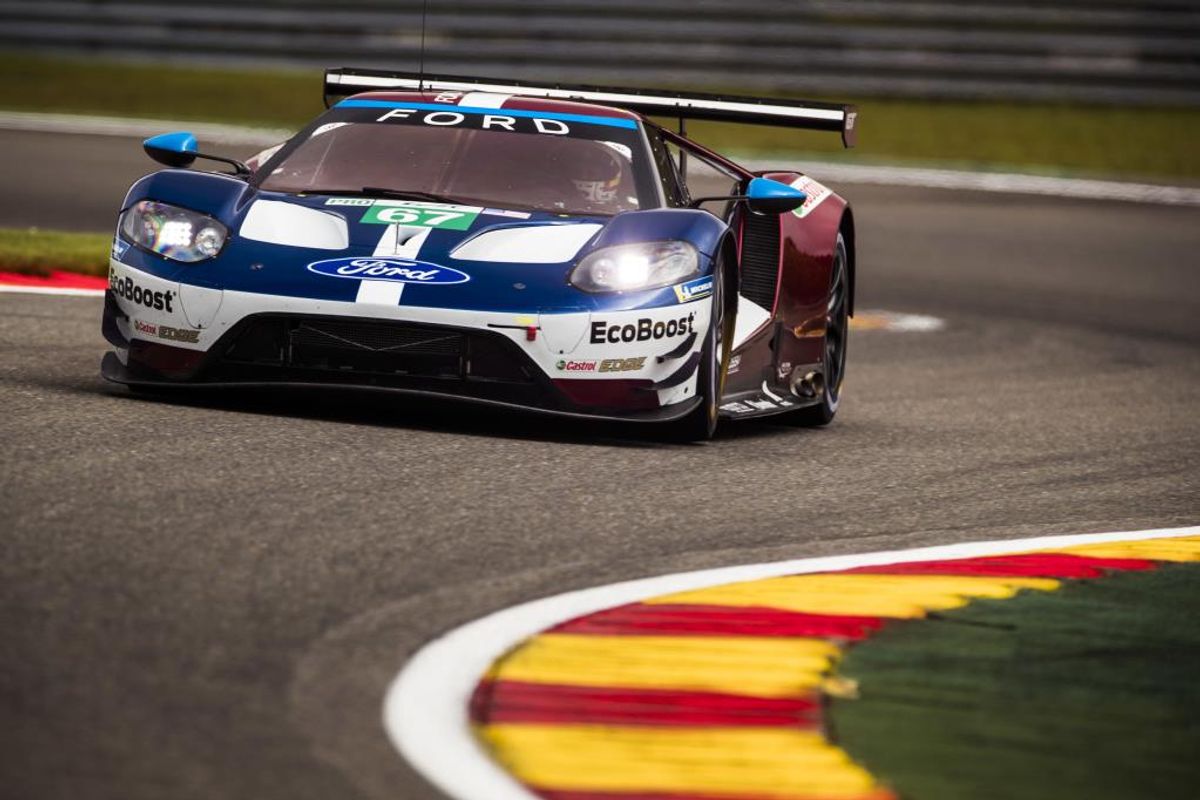 Multimatic Motorsports will benefit from the ultimate combination of youth and experience on its driver roster after two generations of racing talent signed new multi-year deals.

Triple World Touring Car Champion, Andy Priaulx, has taken on a new role at Multimatic Motorsports that will encompass a range of responsibilities. Multimatic will of course continue to put Priaulx in the place where the magic happens: the driving seat, but he will also take on an advisory role within the business, working on various racing projects.

Sebastian Priaulx made his debut with Multimatic in the 2019 British GT Championship and immediately impressed with his sheer speed in a race car.  It was easy for the team to decide to sign him to a multi-year contract. At the end of last season, Seb won in a Multimatic Ford Mustang GT4 at Petit Le Mans, despite never competing at Road Atlanta before. He also hadn’t been to Daytona before the recent ROAR test and he was soon on top of the timesheets, which bodes well for the upcoming IMSA Michelin Pilot Challenge race.

Multimatic Chief Technical Officer, Larry Holt explained: “Andy and Seb are second and third generation Priaulx racers, so high octane petrol flows through that family’s veins.  Sebastian blew us, and everybody else, away last year in British GT and so we are committed to developing his talent this coming year by running him at North American circuits in the GT4 Mustang.  We will also be testing him in some higher performance machinery.  Andy was a hero of the Ford GT race programme and has the development skills and speed to make a significant contribution to the many programmes that Multimatic has underway and ultimately continue to add to our win tally.  Additionally, he is helping coordinate some of our customer activities, as well as act as a “Hockey Dad” to his offspring…..the last thing, not at my request!”

Seb Priaulx said: “This is a career defining moment for me and I want to thank Larry Holt and Multimatic for making this possible. This now gives me the foundation to focus on developing my skills and knowledge and working my way up the motorsport ladder and Multimatic is the best place for me to do this. I am so motivated and excited about what the future might bring.”

Talking about his new role at Multimatic, Andy Priaulx said: “When I joined Multimatic for the WEC programme in 2016 I was simply blown away with the Ford GT, the engineering, design and skills of the people behind the project. That programme sadly came to an end in 2019 but I’m delighted that I have been able to secure my long term future with Multimatic, not only from a driving perspective but also to have the opportunity to share my knowledge and experience in other ways outside of the car. I have to say a massive thank you to Larry for his faith in me and now also my son. Larry develops and nurtures talent and has given us an opportunity that is beyond our dreams!”

Race programmes for 2020 will be announced in due course.