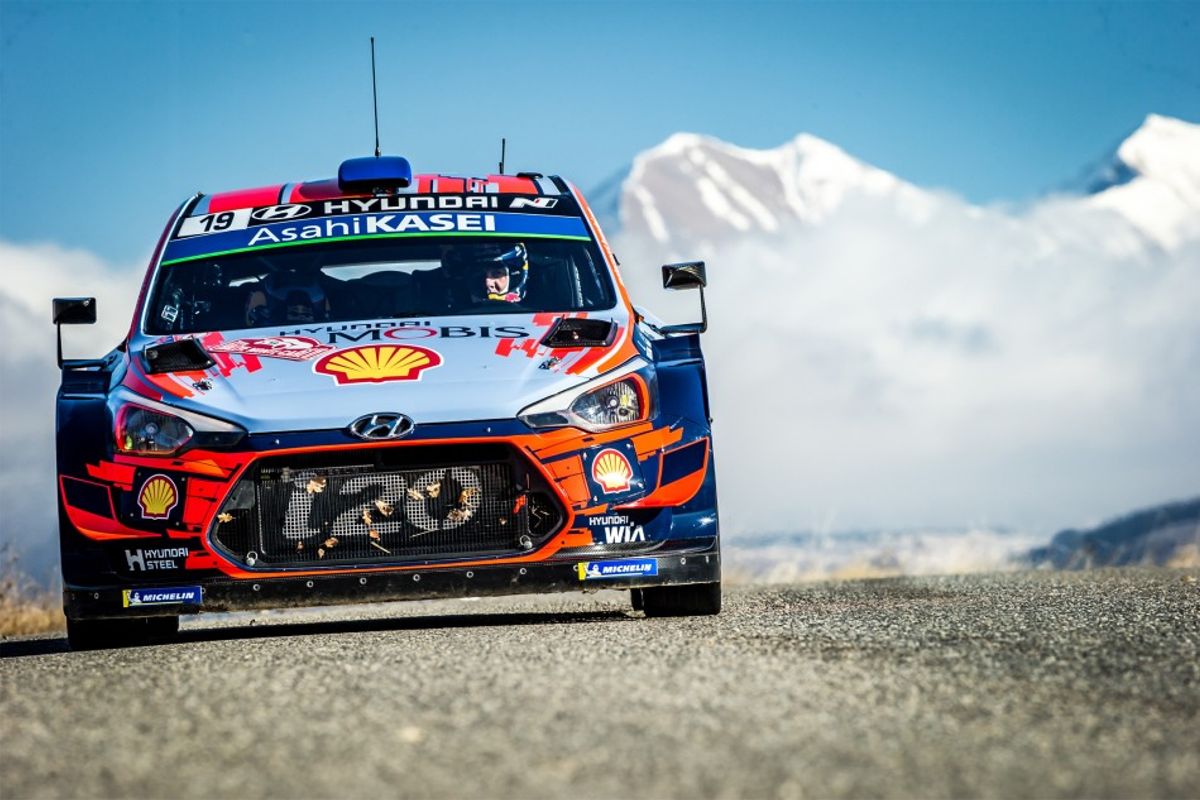 A new season of the FIA World Rally Championship kicks off with a reshuffled pack of drivers taking on the oldest, demanding and one of the most famous events on the calendar: Rallye Monte-Carlo (January 23-26).

Winter weather can make for unpredictable conditions on the asphalt roads in the French Alps. As a result, the drivers can face everything from dry asphalt to snow and ice, sometimes within a single stage, making their tyre choice particularly difficult and often a compromise. It also promises to be especially exciting this year as many of the world’s top drivers will be tackling this notorious challenge while getting familiar with new machinery.

Ott Tänak takes his newly claimed World Champion title to Hyundai, teaming up with Thierry Neuville, a close championship rival over the last few seasons. Sébastien Loeb, a seven-time winner of the event, begins his second part-time campaign in the i20 Coupe WRC. Toyota enters 2020 with an entirely refreshed line-up led by six-time champion Sébastien Ogier. Alongside the Frenchman will be Elfyn Evans and 19-year-old 2019 FIA WRC 2 Pro champion Kalle Rovanperä, who makes his World Rally Car debut as the youngest ever full-time factory driver. Two other  Finnish drivers are at M-Sport, with Esapekka Lappi joining Teemu Suninen, while Gus Greensmith contests the first of nine planned outings in a third Fiesta WRC.

Japanese driver Takamoto Katsuta also begins an expanded campaign in an additional Toyota Yaris WRC.Hyundai, M-Sport and PH Sport are the early representatives of this class for professional teams with R5 cars with Nicolay Gryazin and Ole Christian Veiby, Adrien Fourmaux, and Mads Østberg driving for those respective teams. The FIA WRC 3 category for privateer R5 entries features 13 drivers on the opening round. Rallye Monte-Carlo is also the first round of the FIA RGT Cup.

The rally returns to Monaco for the opening ceremony and start of this year’s event, which will take place in the iconic harbour area on Thursday afternoon. The crews will immediately face two late-night stages in darkness, the first of which (Malijai – Puimichel) will be featured for the first time since 1994. Another new test – Saint-Clément-sur-Durance – Freissinières - is included in a loop of three stages around Gap, each run twice on Friday, the longest day of the rally. The rest of the route is identical to 2019. On Saturday, a double loop will take the crews around Gap before a final service in the French city and the drive back to Monaco. Sunday features two runs each over the legendary Col de Turini test and the La Cabanette-Col de Braus stage, the latter hosting the rally’s closing Power Stage.