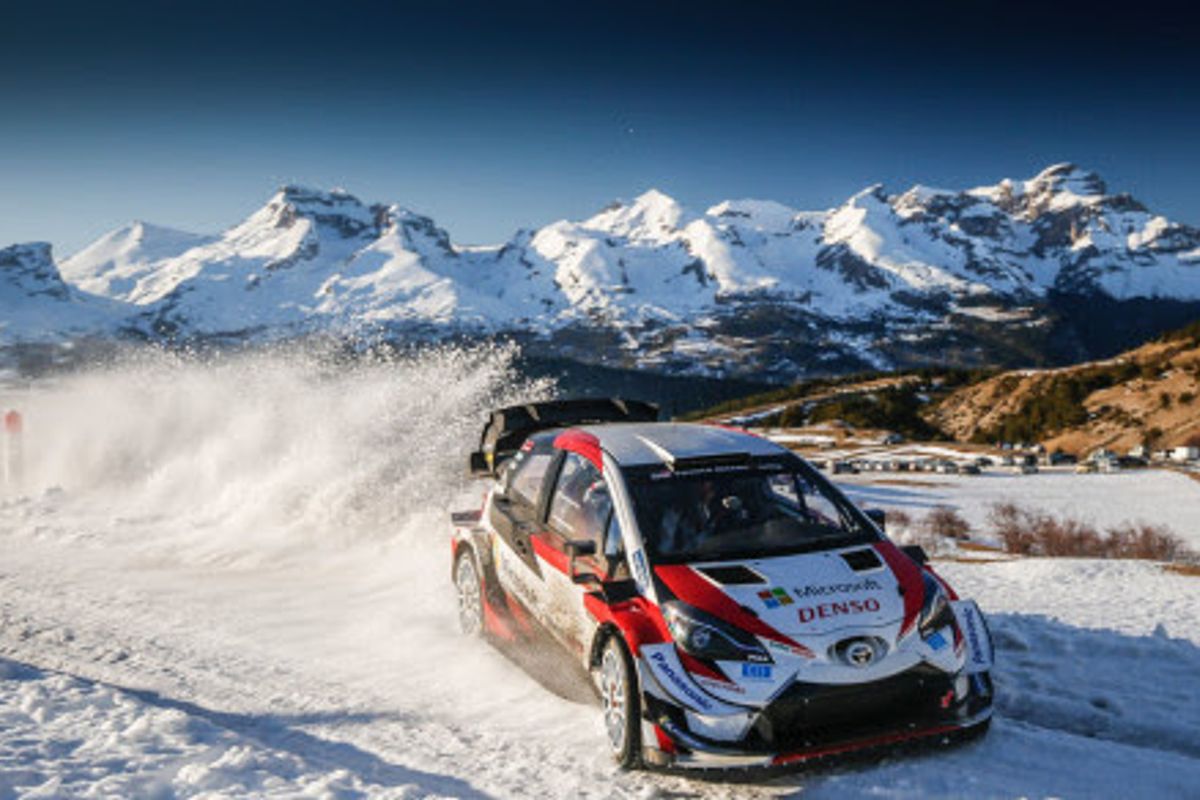 Frenchman opens up on Toyota switch and hopes of winning the WRC title back.

Sébastien Ogier's incredible run of six FIA World Rally Championship titles came to an end last season when Estonian Ott Tänak claimed a maiden triumph, however the Frenchman believes he can win a seventh after his switch from Citroën to Toyota to cap a fine WRC career.

After testing the latest Toyota Gazoo Racing WRT contender, the 36-year-old explained what he feels the Yaris car can produce from Monte Carlo onwards this week as he looks to win the title with a third different constructor before he finishes his WRC career.

Here is what the Gap native had to say:

Toyota has a rich WRC history with iconic cars and drivers, so what is it like to be part of that story?

It's definitely something special to be competing for Toyota with what they have achieved in the past and, of course, Juha. Toyota is such an iconic brand and we definitely hope to write some history together. On top of that, it's even more special for me personally because when I first started following rally I was rooting for Tommi (team principal Mäkinen) so it's actually a dream come true to be able to work with him now.

What are your first impressions of the Yaris WRC?

The car feels really good. We just had our last test before the season starts and I have a good feeling heading into the first event. Obviously, we don't know where we are compared to the other teams before the first couple of stages at Rally Monte Carlo but I’m confident.

It has been a while since you started the year without the championship, so how have you prepared mentally for 2020?

To be honest, I've been preparing in the same way as before. Nothing has changed really, but we will obviously fight hard to win the championship back.

Have you and Julien (navigator Ingrassia) changed your approach for this season?

As I say, nothing has changed for us. We are still the same as before and, if anything, the fact that we didn't win last year has just given us even more hunger to succeed.

What is it like being reunited with Elfyn Evans as a team-mate?

I know Elfyn from my time at M-Sport and I'm very happy to have him in the team. He is a really good driver and can give a lot of feedback to the team about the car and therefore push the development as well.

How does new team-mate Kalle Rovanperä fit in with the team's plans?

Kalle is a big talent but he's also very young still, so I think we all need to give him some time to learn and get used to everything and not expect too much. He will be quick I'm sure but, for now, I believe it's about getting some experience and learning.

What are your thoughts on the new races in Kenya, Japan and New Zealand?

I'm honestly very excited about the new calendar. I like new things and the events sound very promising so far. I think it will be great to go back to Japan and also New Zealand. Kenya also, but I don't think anyone really knows what to expect yet so it's going to be an exciting challenge.

Will this be your first time in Japan?

No, I've been to Japan before. Actually just now before the season start, we visited the Tokyo Auto Salon to present our new car to the public which was really great and I've also already won the rally there in 2010 so only good memories in this country.

What will it be like racing for a Japanese team in Japan?

I've had a small taste of what it will be like when we were in Tokyo just now and I think it will be an amazing feeling. The people are so passionate and also very kind. I'm a big fan of the Japanese culture, so it's going be special for sure.

How important is it to be returning to Africa - a continent with so much rally history?

It will definitely be interesting and, if you look back at the old safari rally days, it's promising for a lot of action as well but it's also a new event so we will have to see what it's like.

Will it be difficult to enjoy a new venue like Japan, if you are competing for a title?

I don't think much about that, to be honest. It's a tarmac event so it will be different and maybe give everyone a more even chance compared to the gravel lottery it has been in Australia the last years. I'm looking forward to it and also the support from the Japanese fans will be a good feeling, I'm sure.

You have said that this season will be your last year of WRC competition? Are the Dakar Rally, WRX or circuit racing in your future plans?

At the moment, I don't have any plans. It's true that I've always had the wish to give circuit racing a go - especially Le Mans - but right now I'm fully focused on the upcoming WRC season and this new adventure with Toyota.