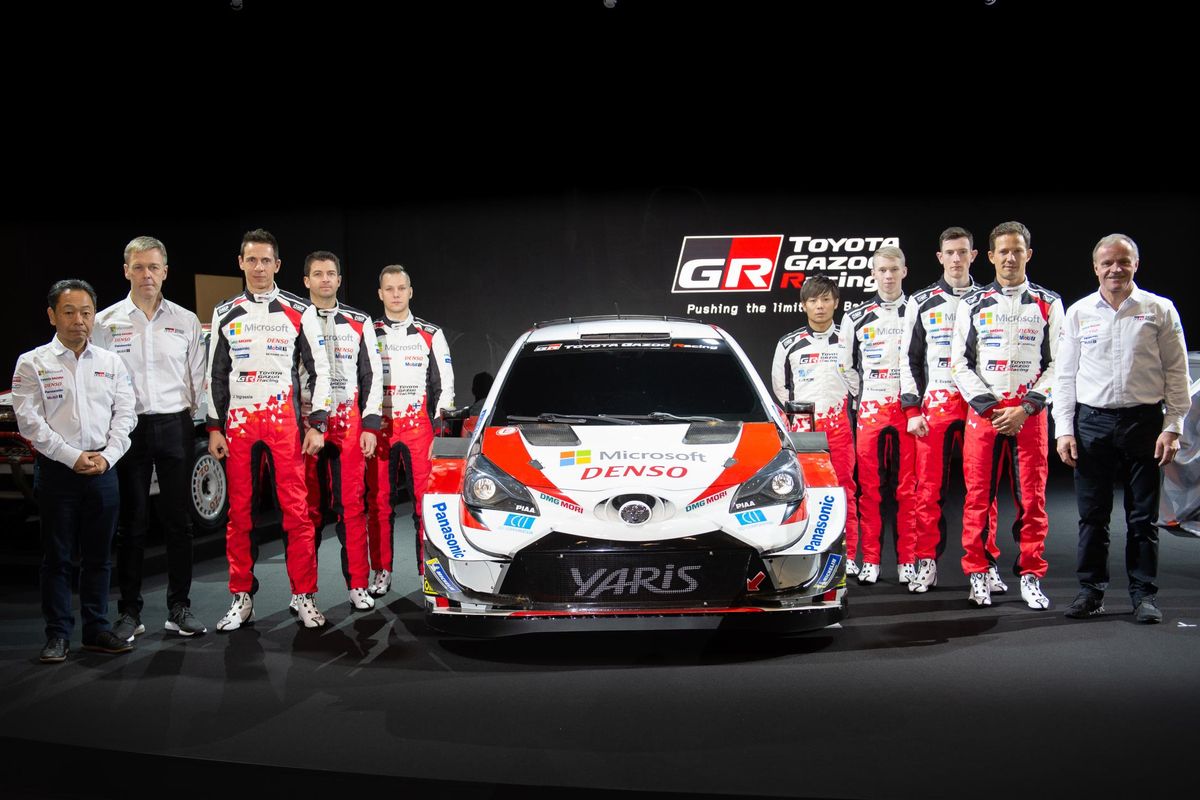 This week’s staging of the classic Monte Carlo Rally (23-26 January) heralds not only the start of the eagerly-anticipated 2020 FIA World Rally Championship, but also an exciting new chapter in the career of Britain’s top rally driver, Elfyn Evans.

After spending more than a decade with the Cumbrian-based M-Sport Ford team – winning both the British Rally Championship and, famously, Wales Rally GB in 2017 – the Welshman has now joined the rival Toyota Gazoo Racing World Rally Team, rated by many as the sport’s foremost competitor.

Toyota only re-joined the WRC in 2017 with an ambitious new organisation run by four-time WRC champion Tommi Mäkinen, but an immediate impact saw the outfit lift the Manufacturers’ title in 2018 and then power Estonian ace Ott Tänak to last season’s coveted Drivers’ crown.

With Tänak switching to Hyundai for 2020, Evans is part of an impressive new-look Toyota squad lining up alongside six-time World Rally Champion Sébastien Ogier (his team-mate for two seasons at M-Sport in 2017 and 2018) and 19-year-old Kalle Rovanperä, one of rallying’s hottest young prospects.

“This is a great opportunity for me and I’m really excited to get going,” admitted Evans, who will be joined by co-driver Scott Martin aboard one of the trio of formidable Yaris WRCs. “Toyota has been extremely competitive in a surprisingly short space of time and already has multiple World Championships to its name – I’m looking forward to being part of it.

“The competitiveness of the car is a given, but what also attracted me to make the move from M-Sport was the commitment from Toyota to the WRC programme. It looks very promising for the future.”

Now with a two-year contract safely in his pocket, the 31-year-old from Dolgellau is confident he can start adding to Toyota’s successes in the 13-round WRC campaign, blasting off this week in Monte Carlo and culminating ten months later in Japan.

“So far, I only have one win to my name and I definitely want to add to that this year,” vowed the man who finished fifth in the 2019 championship, despite missing three rounds through a back injury sustained after a heavy landing when contesting a non-championship event in Estonia.

While the possibility of a second victory on home soil is naturally a major target, the former WRC Academy title-winner has widened his ambitions since joining forces with Toyota. “We want to win every rally, not just Wales Rally GB,” he insisted.

In readiness for the opening two rounds in Monte Carlo and Sweden, Evans has already tested the Yaris on the asphalt roads of the French Alps as well as in the snowy forests of wintry Scandinavia.

“Everyone has been very welcoming and I found a good feeling with the car quite quickly,” he reported. “Everything felt really nice and I was able to get some good understanding, so I’m now really looking to my first event with Toyota.

“On the Monte, the challenge is always the range of road conditions you can possibly face whether it’s dry, damp or wet asphalt, or snow or ice. We got to experience a real mix of conditions, which is useful as unsettled weather is predicted for this weekend.”

In total, Evans will have 11 global showdowns to rediscover his winning touch before returning home for Wales Rally GB; the UK’s revered round on the World Rally Championship calendar, which in 2020 reverts to a more traditional end-of-season date between Thursday 29 October and Sunday 1 November.

The event will once again be based in north Wales, with the majority of the spectacular speed tests set on the challenging tracks of the Welsh forests, widely acclaimed as some of the most demanding stages on the entire WRC calendar.

Full details will be confirmed when the competitive route is announced later this year. Ticket sales will commence at the same time.

Highlights of this year’s FIA World Rally Championship will return to free-to-air ITV4, predominantly being screened at 20:00 on Tuesday evenings post event. ITV4 will also air daily highlights of Wales Rally GB as well as live coverage of Sunday’s final Power Stage. As in 2019, subscribers to BT Sport will also be able to access the WRC’s comprehensive All Live channel via their Red Button service. BT Sport will also provide regular highlight programmes and live Power Stage coverage from all 13 rounds.