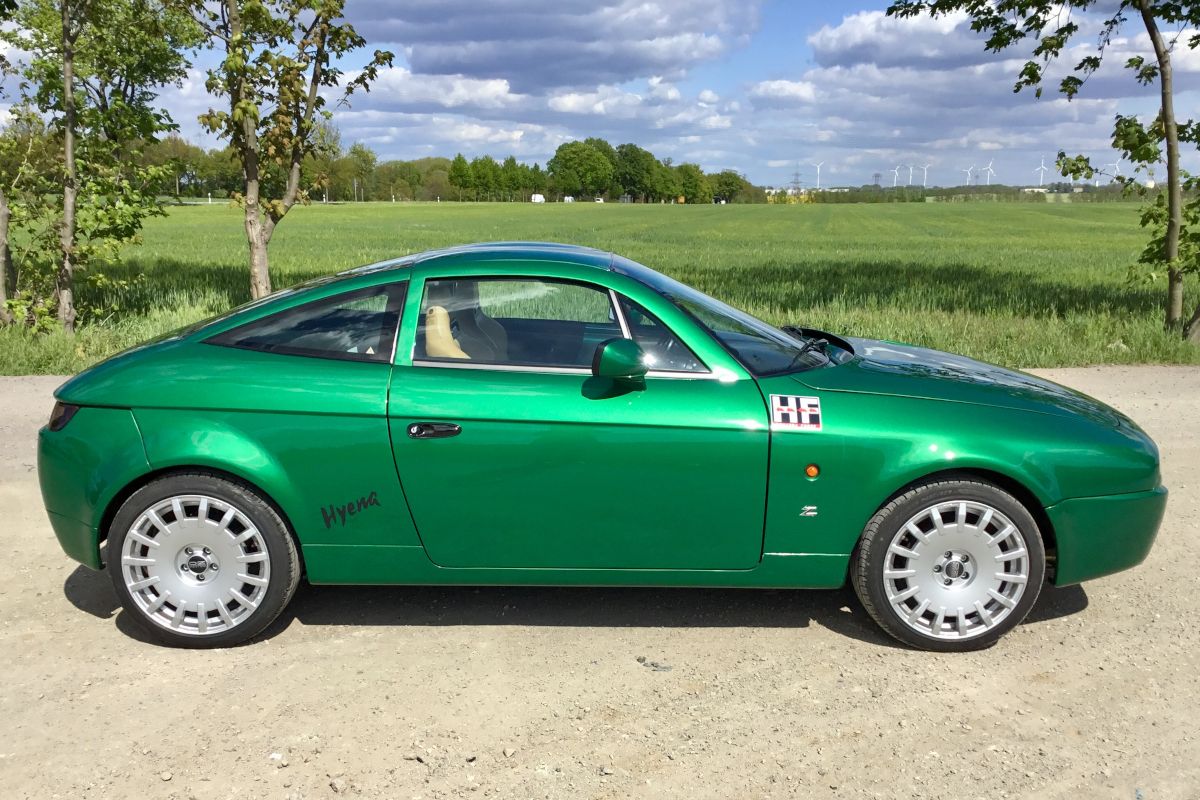 Audi UR Quattro finished in Oceanic Blue Metallic from a private collection
Rare four-door Ford Escort RS2000, one of 880 built in Australia
Super quick and the start of the electric revolution, a 2011 Tesla Roadster

A popular sale in the heart of Warwickshire and held at Stoneleigh Park, the Race Retro sale features a promising selection of high-quality classic and competition cars for prospective buyers.

Already consigned is a very rare and intriguing car, the 1992 Lancia Hyena Zagato. Famed for their versions of some of the finest cars available, Zagato was approached to create a Coupe version of the Lancia HF Integrale by a well-funded classic car collector and builder Paul V.J Koot.

The idea was to use the chassis, power train and engine from the Integrale HF Evoluzione 2 and Zagato to create the new Coupe body shell which would give birth to what was to be called the Hyena. Fiat, owners of Lancia at the time were not impressed and didn’t support this, so Koot went off and bought finished HF Integrales, stripped them and rebodied the chassis with his own newly styled body.

Completely hand-made from aluminium panels, the Hyena when finished weighed less than the Integrale and had further modifications and a boost of power from the power plant. 75 of these cars were planned but only 24 were ever built possibly due to the high price tag which was in the region of a Porsche 911 Carrera.

Silverstone Auctions are offering chassis number 9 a car that has been cared for by its three registered owners one of whom was a Lancia collector and owned the car for 13 years. With 9,500km from new and recently serviced by Paul Koot this is one very rare car barely offered on the open market and designed by Zagato.

2020 marks a very special anniversary for the Audi marque. Its famous Quattro is 40 years old so could now be the time to purchase one of their remarkably successful and very desirable models?

Silverstone Auctions are offering a rare Oceanic Blue Metallic version of the 1986 UR Quattro believed to be one of four UK cars finished in this colour. Offered from a private collection and a previous Concours winner this is well cared for car considering it has 90,000 miles on the clock and still looking as good as it did in its day. A great and fine example for any Quattro enthusiast.

The next lot on offer is the rare Australian built and specified 1979 Ford Escort RS2000 in Signal Yellow with four doors. Built for two years between 1979 and 1980 at Ford’s plant in Sydney Australia, where MKIIs were already being produced, the RS2000 was a way for the marque to build upon the fame that came from competing at Bathurst and naturally became sought after.

880 of these four-door RS2000s were built for the Australian market where fast four-door saloons were much more accepted than maybe elsewhere in the world. This particular car is thought to be one of less than a dozen in the UK and appears to be in a lovely condition. The interior has been fully restored and is fitted with all the correct RS components with Fishnet Recaros.

Now converted to run on unleaded fuel and passed its MOT with flying colours this fast Ford is a very special addition to any collection and almost certainly an attention grabber at any event it should attend.

If you are following the latest news of electric-powered cars and how the manufacturers are all now releasing their versions of what they think will attract new buyers, spare a thought for Tesla. Back in 2008, Elon Musk created the first electric two-seater sports car, the Roadster. It was blisteringly quick and could travel 200 miles between charges.

In July 2010 Tesla updated the Roadster and this 2011 model is thought to be the final UK supplied right-hand drive car. Finished in the distinctive French Navy Blue and with the unique tan leather interior. A very quick and good-looking sports car that set the style for Tesla as a trendsetter in electric-powered cars.

Harry Whale Silverstone Auctions Sales Manager commented: “These are some great classic cars on offer at our Race Retro sale. The Hyena is a very rare car and one that rarely becomes available. It comes with a great pedigree by using the Integrale underpinnings.” The RS2000 is a very unusual and a rare opportunity being a four-door. We know that the market is strong for fast Fords and for very rare versions, so this will attract lots of interest.”

Silverstone Auctions are accepting cars for their Race Retro Show auction on the 22nd and 23rd February and can be contacted on 01926 691141 or email enquiries@silverstoneauctions.com and would be happy to talk with you and help you through the process of consigning your car.