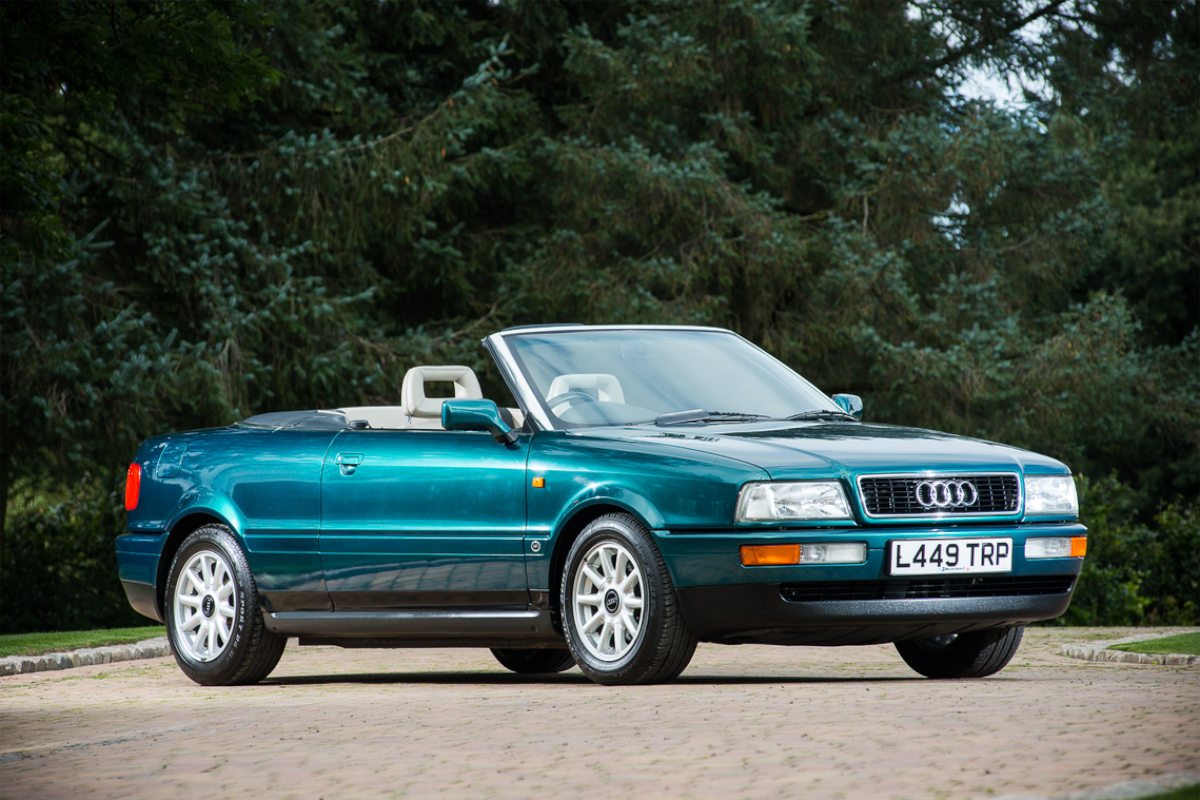 Possibly the most photographed car of the summer in 1994

Classic Car Auctions are honoured to be offering the 1994 Audi A4 Cabriolet that was once the personal transport of Diana, Princess of Wales, a car she clearly enjoyed, regularly used and was photographed in.

The Princess was adored by the British public and for Audi this was a real coup, a member of the Royal Family driving a German car was unheard of.

For Audi this was a huge public relations opportunity, the most photographed Princess driving one of their cars, they couldn’t have wished for more. Audi later reported that sales had doubled once Diana was seen driving the car.

Diana used the car from March, when it was registered, until July when she gave it back to Dovercourt with just 4,000 miles on the clock. It wasn’t long before it was bought by political commentator, broadcaster and author Ian Campbell Dale who bought it on the spot once he knew of the car’s provenance. He promptly went on holiday in it.

After two years of ownership the car changed hands again, its next owner, a neighbour to Kensington Palace, owned it for the next 17 years. In 2013 the car was again sold and still with very low mileage, it has been in a couple of private collections since.

With 22,000 miles now on the clock and with the provenance that comes with the car, has been very well looked after. It is supplied with a good history file including the relevant manuals and handbooks.

For anyone wishing to bid for this car you have an opportunity to own a very high-profile car that was used to transport the young Princes, one being our future King, around during the summer of 1994.

At the time this was probably one of the most photographed cars and is now being offered for £35,000 to £40,000 and includes a selection of images of Diana using the car.

Simon Langsdale Classic Car Auctions Specialist commented: “This is a stunning car, one that is remembered by many of us of a certain age at the height of the Princess popularity.”

Viewing takes place on the 27th March between 10am and 5.30pm with the auction getting underway on Saturday 28th and Sunday 29th from 12pm.