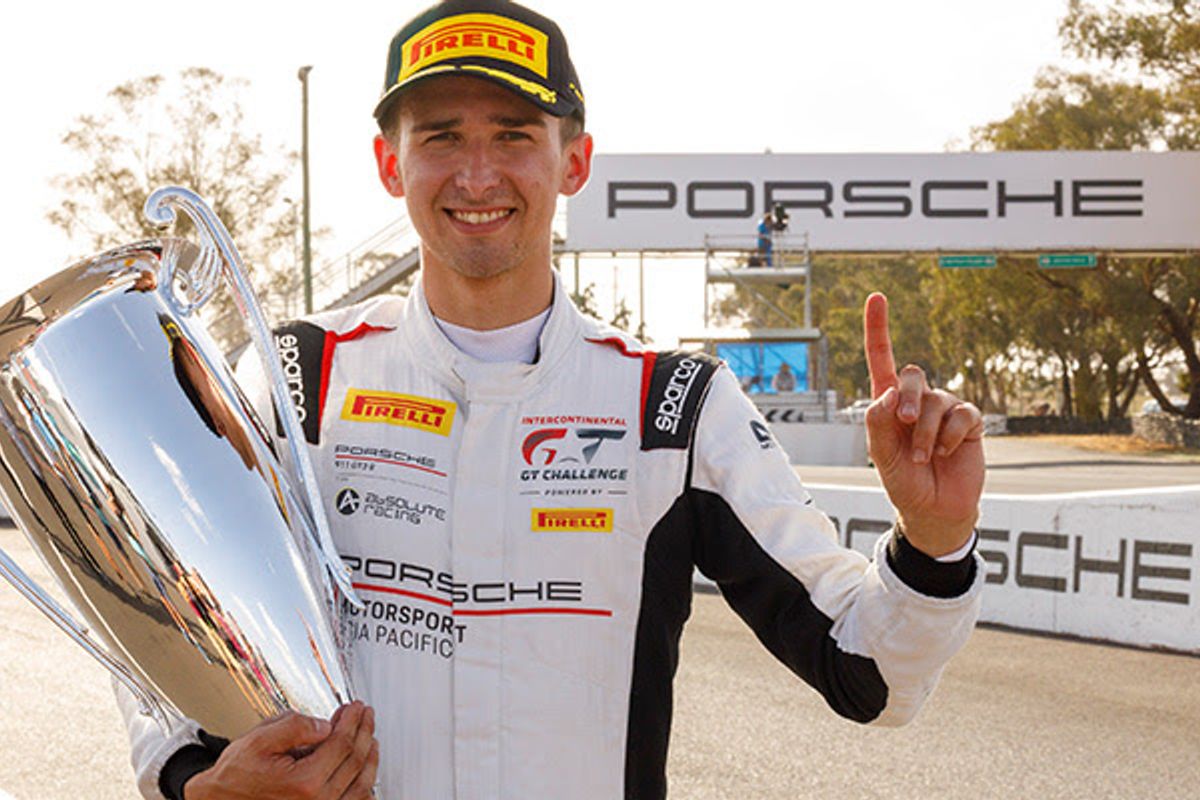 The Intercontinental GT Challenge Powered by Pirelli season opener has attracted a stellar entry this year, but no-one could match the home favourite either in qualifying or subsequent Top-10 Pole Shootout.

Campbell, who so memorably won the same race 12 months ago, was the final driver to run in Bathurst’s single lap dash. And the Absolute Racing ace didn’t disappoint en route to a 2m03.5554s, which was enough to beat Alvaro Parente’s provisional pole-sitting McLaren by 0.2248s.

Raffaele Marciello lines up third in the first of three Mercedes-AMGs to make the Shootout. The Italian initially hustled his GruppeM entry to fastest time before losing out to Parente by less than half-a-tenth.

He’d earlier usurped the impressive Joao Paulo de Oliveira who picked up four places from his qualifying position. KCMG’s Nissan also ensured that as many different manufacturers will occupy the top-four grid slots.

Earlier, Bentley missed out on the Shootout by a tenth but start 11th, while the lone BMW lines up four places further back. And Honda’s tough qualifying session leaves them with work to do from 24th.

However, Ferrari’s chances are already over following HubAuto Corsa’s accident in morning practice.

Intercontinental’s season opener goes green under the cover of darkness at 05:45 AEDT (GMT +11) on Sunday morning. Watch it live on the championship’s website and Facebook page, as well as SRO’s GT World Youtube channel. Livestream restrictions apply in Australia and New Zealand where fans can watch the action live on Fox Sports and 7Mate.

Matt Campbell, #911 Absolute Racing Porsche 911 GT3 R: “I’ve been trying to go for this pole for a few years now and have always managed to stuff it up but quite happy to get it in the new generation of GT3 R on its debut here.

“Hats off to the team, we weren’t quite happy with the car early in the weekend and we got a little better this morning. In qualifying we had to find the pace with the new tyres and we hadn’t really got much experience on new tyres yet but the speed just came straight to us.

“Great way to start a weekend but in saying that, it’s irrelevant come tomorrow morning. It’s a long 12 hours, we just need to get through Turn 1 fine and settle into a rhythm.”