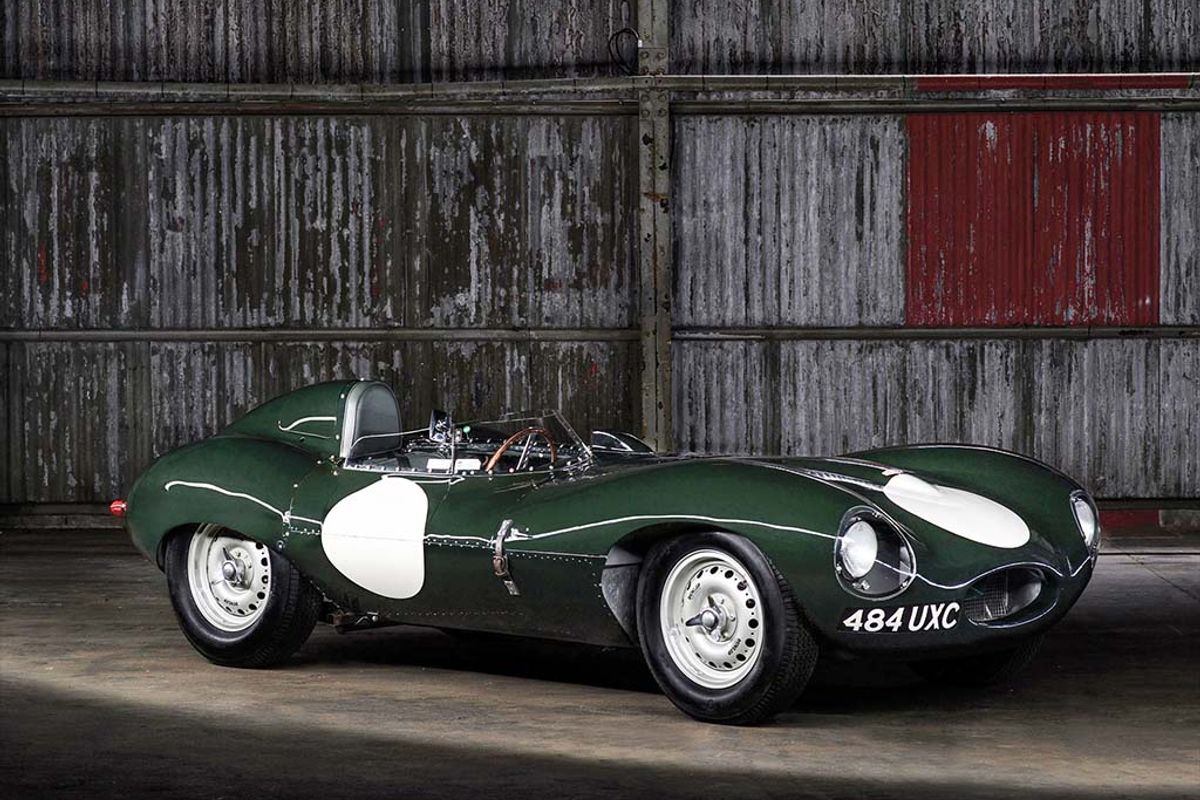 Chassis number XKD 520 is the seventh customer D-Type built, and it was ordered new in June 1955 through Australian importer Jack Bryson on behalf of Bib Stillwell, future four-time consecutive winner of the open-wheel Australian Drivers’ Championship. Arriving in Melbourne in January 1956, it was used extensively by Stillwell, setting numerous records at local circuits, including the Bathurst 500 and the Rob Roy Hill Climb, and it took an outright victory at the South Australia Trophy in Port Wakefield. After briefly being prepared for a run at a land-speed record, XKD 520 returned to sports car class competition, winning the Bathurst Road Racing Championship in 1956.

At the Moomba Tourist Trophy at Albert Park in Melbourne, XKD 520 roared to a 2nd-place finish in March 1956. It also competed in the Australian Tourist Trophy at the same location in November, where the car finished 5th. Mr Stillwell’s career in XKD 520 essentially concluded the following spring on 24 March 1957, when he took 3rd place at Albert Park.

A short time later, XKD 520 was purchased by AMPOL (the Australian Motorists Petrol Company) on behalf of Jack Davey, who was a regionally renowned wartime radio personality. It was entrusted to Bill Murray of Surfer’s Paradise and was prepared for the AMPOL-sponsored speed trials, but unfortunately, an accident during transport prevented the car’s participation. The D-Type was sold to enthusiast Frank Gardner, who rebuilt the still-capable race car and undertook a competition campaign of his own, taking 2nd place at Bathurst in 1958, 1st place at the Mount Druitt Hill Climb, and 3rd place at both of the Orange Racing Car Scratch Races (where he notably only lost to grand prix cars).

In November 1958, XKD 520 was sold to David Finch, who soon fitted the car with a factory-supplied 3.8-litre engine. This more powerful motor was equipped on later D-Types and sometimes sold as a replacement engine. The new engine prolonged the car’s competitive ability, allowing it to gamely participate in the Longford event of 1960 and to take 1st overall at the Queensland Tourist Trophy of 1961. Around this time a minor incident necessitated work to the front end, and Mr Finch took the opportunity to replace the nose with a long-nose bonnet crafted by Sydney body man Ian Standfield in the style of the Le Mans–winning long-nose D-Types.

In May 1962 this outstanding Jaguar was purchased by Ash Marshall and treated to a thorough freshening, which included chroming multiple components. The car passed through ownership by Peter Bradley and Richard Parkinson before being acquired in 1967 by future 24 Hours of Le Mans winner Richard Attwood. Attwood kept the car for some 10 years before selling it to Sir Angus Spencer Nairn.

In 1977 Chris Keith-Lucas picked the car up from Mr Attwood’s residence on behalf of the new owner. In a letter, of which a copy is included on file, Keith-Lucas recalls the car fondly: ‘It was generally quite well presented, but [it] needed a straightforward recommissioning before being sent to the new owner.’ Whilst under Lynx’s care, the car was tended by managing director Keith-Lucas—a recognised marque expert who later founded the highly regarded CKL Developments—commencing nearly 30 years of his attentions.

Angus used his D-Type lightly, taking part on several track days and competing in the Mille Miglia, although the car was never seriously raced during that time. In 2004, XKD 520 was acquired by Clive Jarman. It was sent back for maintenance work by Keith-Lucas at CKL Developments. At Jarman’s direction, CKL managed to source an original short-nose bonnet that had been disregarded decades ago during the restoration of an XKSS to replace the long-nose bonnet fitted in 1961. Importantly, the Australian-crafted long-nose bonnet is supplied with the car. Mr Keith-Lucas states: ‘In my opinion, [this] car remains one of the best production D-Types in existence today. To the very best of my knowledge, [it] has retained its principle components since the end of the 1950s. It is one of my favourite D-Types.’

Acquired by the current owner from the collection of noted Australian collector Peter Harburg in 2014, XKD 520 is accompanied by extensive documentation, including a FIA Historical Technical Passport. It is one of the earliest and most original examples of a customer-specification D-Type, and it is eligible for the most desirable events in the world. In the consignor’s ownership, it raced at the 2014 Goodwood Revival in the Lavant Cup, which that year featured a grid exclusively comprised of D-Types to celebrate the model’s sixtieth anniversary. Following a recent service by CKL, it remains ready to use and enjoy as a brilliant example of its breed and would truly be an exceptional addition to any world-class
collection