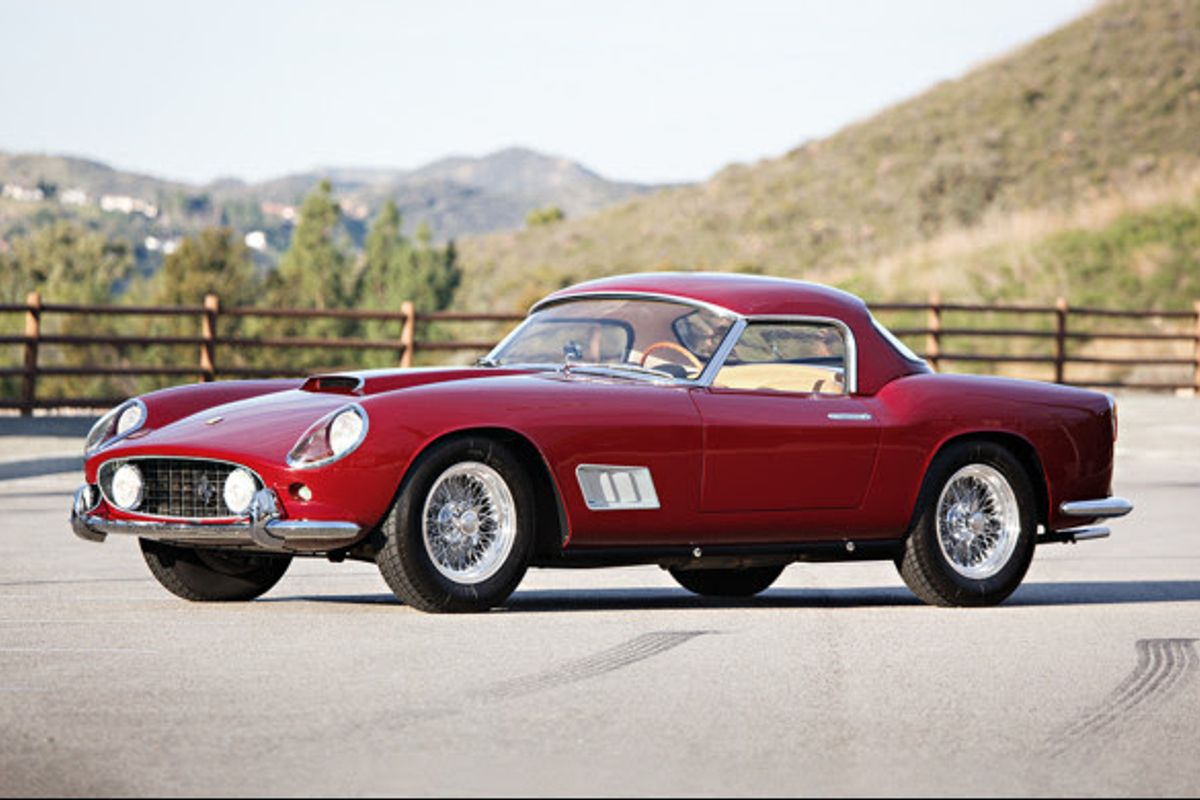 The legendary California Spider is one of Ferrari’s most beautiful, collectible, and recognizable open sports cars. This exciting dual-purpose model was designed primarily for American clients who favored the competition pedigree of the 250 GT Tour de France Berlinetta but also desired an open-air factor, perfect for scenic drives along the California coast. Between 1957 and 1963, Ferrari built just 106 California Spiders – 50 of the original long-wheelbase (LWB) version and 56 of the final short-wheelbase (SWB) variant. Today, the model remains one of the most famous and desirable Ferraris ever produced – a mechanical object of exceptional beauty and sophistication that has long captured the interest of connoisseurs.

This matching-numbers Ferrari, chassis 0937 GT, is the seventh LWB example built and features the ultra-desirable covered headlights arrangement as well as an extremely rare factory hardtop. Given its 1958 build date, this California Spider has a number of styling characteristics unique to the earliest examples, including one-piece side vents, Tour de France-style taillights, and a distinctive rear-end treatment.

This California Spider was sold new to a resident in Geneva, and was later owned by pioneering Ferrari collectors in Switzerland and Japan. Chassis 0937 GT eventually made its way to its namesake state where, in 2005, its owner entrusted the esteemed Ferrari restorer Tillack & Co. to perform a painstaking restoration to bring the car up to concours standards. This California Spider made its debut in 2007 at the Pebble Beach Concours d’Elegance® where it was awarded a class award in the always competitive Ferrari GT class. Its next showing was at the 2008 Palm Beach Cavallino Classic where it won the coveted Platinum Award as well as the Judges Cup. Later in 2008, this California Spider was certified by the Ferrari Classiche Department and was used to promote the program as a display during the Monterey car week. The current owner has enjoyed the Ferrari on several exclusive tours, including the California Mille and the Colorado Grand.

Presented in an elegant dark red over tan color scheme, and equipped with its distinctive factory hardtop and gleaming Borrani wire wheels, this award-winning, tour-proven California Spider is one of the finest long-wheelbase examples, and easily stands apart from the crowd.