Feed your passion with expert painting tuition in a Caribbean paradise 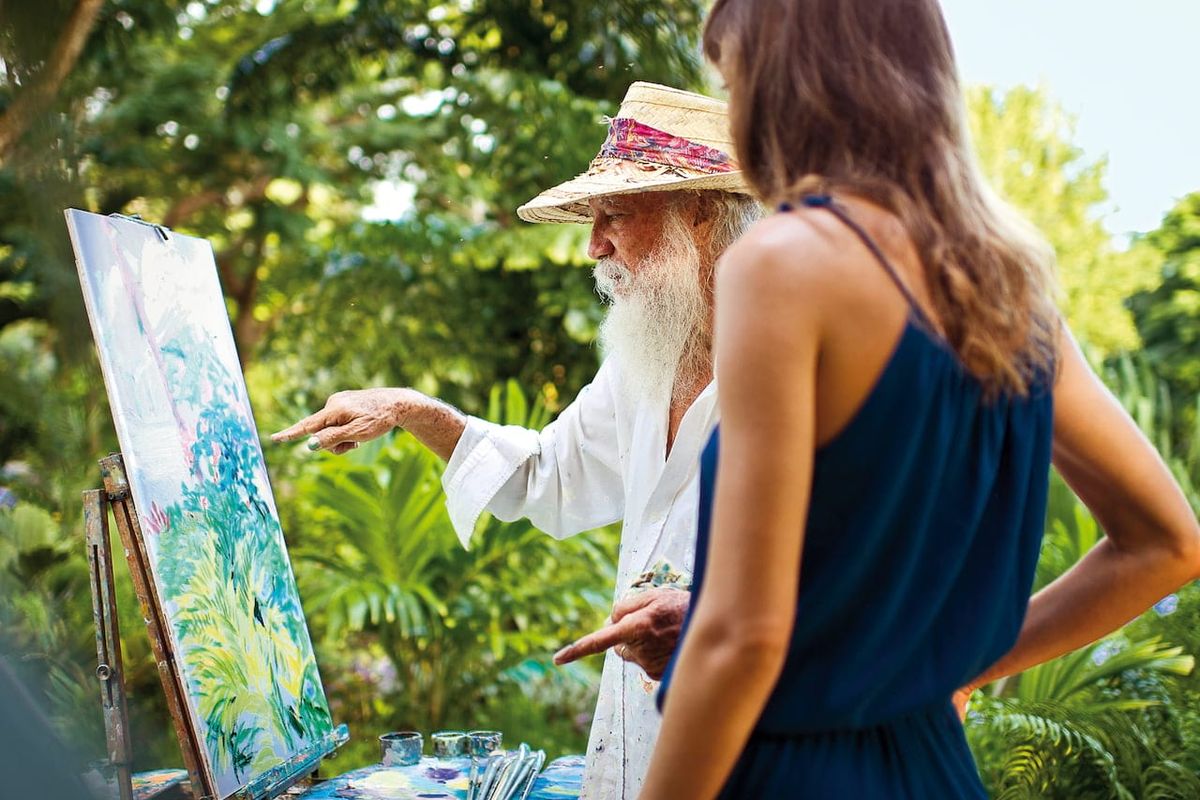 Hone your creative craft with expert painting tuition in a Caribbean paradise.
Broaden your botanical horizons on the Island of Eternal Spring.
Chart the Michelin Stars along the waterways of France.
Find the perfect escape to help you pursue your passion.

St Martin is a treasure trove of Caribbean gems. Learn how to capture them beautifully with renowned impressionist painter Sir Roland at Belmond La Samanna.

With famous fans including Jacqueline Kennedy Onassis, Sir Roland Richardson’s art is renowned in sunny St Martin. Starting with the ruby-red petals of the flamboyant tree, we take a look at the nature that inspires his craft.

It’s easy to see where flamboyants get their name from. Ubiquitous in sunny St Martin, the trees have a way of exhibiting their blush-red blossoms with unabashed flair. Like a ruffled flamenco dress dancing through the air, canopy upon canopy of the crimson red flowers flourish within the island’s blooming landscape.

“Flamboyants spread out and always try to reach back down to the ground,” remarks Sir Roland Richardson. The acclaimed painter is perhaps the island’s most attuned observer of these beautiful trees. “But most of them are trimmed and their branches stay suspended in the air.” A multi-generational Saint Martinois, he is renown for his plein air impressionist work. Known locally as Sir Roland, he was knighted in 2007 by Queen Beatrix of the Netherlands. He’s the ultimate man about town, or in this case, island.

“When I see the subject, I respond, and I go to it. It’s a way of learning how to become open and receptive to what it is that attracts you. Instead of fixing upon one thing, I try to stay neutral, wait for the subject to show me something, and then I respond.” As well as painting in his ancestral home - an early nineteenth century Creole townhouse - he is regularly seen on the grounds of Belmond La Samanna. His easel often sits expectantly overlooking Baie Longue, one of the most pristine beaches on the island. “In painting you work with the entire canvas, constantly. I work on the whole thing so that it keeps on growing, like any organic development.”

Naturally, flamboyants feature in many of his works. They sit alongside vivid turquoise seascapes, lush green mountains, orange blistered mangoes and pastel-hued skies. Sir Roland’s exhaustive output is matched by the island’s sheer abundance of natural beauty. What catches his eye becomes the kernel of this island-wide exploration, keeping him in a state of perpetual discovery and movement. His canvases feature an explosion color, from the guava pink oleanders to the butterscotch rays of the setting sun. It’s no surprise, then, that he came to be known as the ‘Father of Caribbean Impressionism.’

Sir Roland’s artwork catches the ever so subtle nuances in the breathtaking landscapes on the island. “Light is the source of all things. When it transforms itself and becomes colour, then from this perspective, obviously colour is the highest priority.” For the virtuoso, discovering St Martin through the study of colour and light is a meditation on how we ourselves look out at the world. “When colour appears, it is the decision of that invisible source, light, to reveal itself.” Perhaps the red flamboyants tell the biggest story of them all.