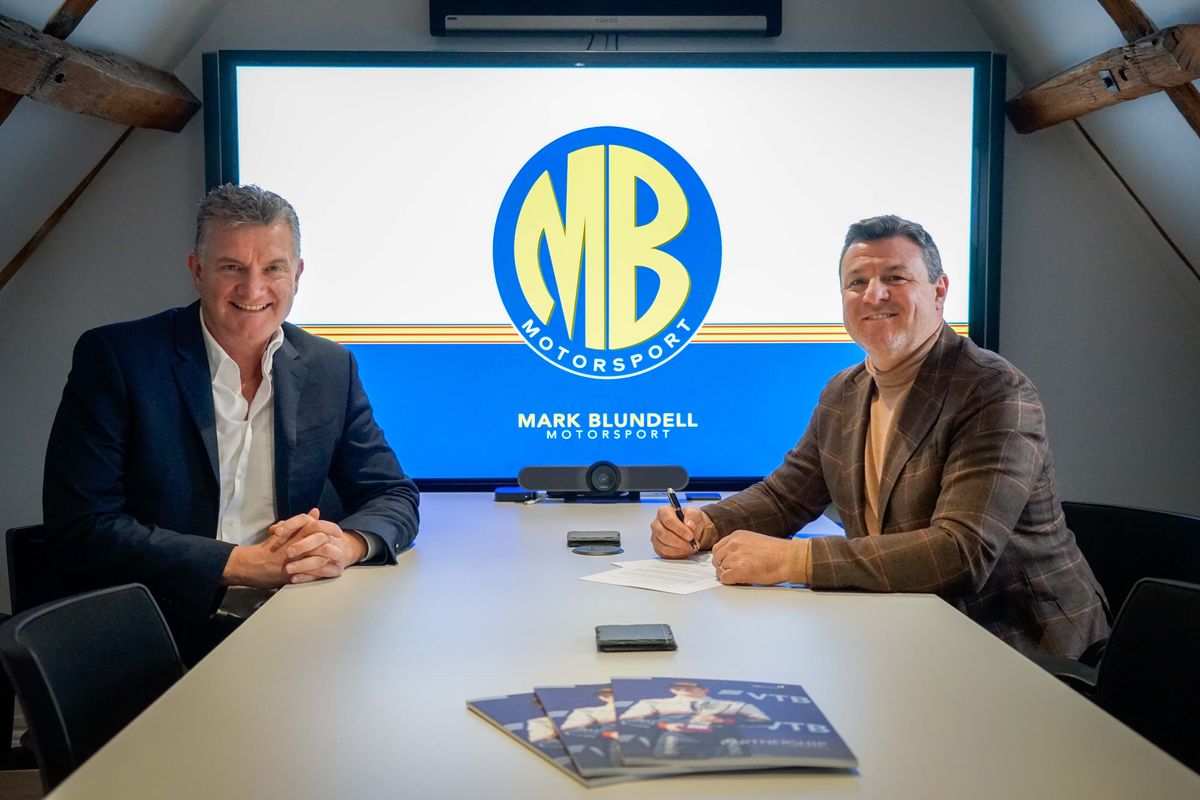 The new partnership will see the experienced West-Thurrock outfit rebrand as MB Motorsport ahead of the new season of the UK’s premier racing series, with former Formula One driver and 1992 24 Hours of Le Mans winner, Mark Blundell, taking up a new role as the team’s Sporting Director.

Combining the race-winning, on-track operation of Team Owner Shaun Hollamby with Mark Blundell’s three decades worth of experience at the highest level of international motorsport, MB Motorsport hopes to uniquely position itself to deliver results both on and off the track for both its drivers, and its collection of high-profile partners.

No stranger to the BTCC paddock thanks to his maiden campaign in 2019, Blundell’s new role within the series comes as a result of the huge impression that the Championship left on him last year, and is the realisation of a long held ambition.

“I made no secret of how impressed I was with the British Touring Car Championship as a platform last year," he said. "As I found out quite clearly, it is fiercely competitive, and if you ask anyone involved, it's that unpredictable race result that is a huge attraction.

“Last year, together with my team at our sports management and marketing agency, MB Partners, we proved the value that the series can have for a number of major global brands, and the forming of MB Motorsport this year will allow us to further these partnerships and build on those relationships.

“Having reached this stage of my career, I love being involved in motorsport and this opportunity is a new challenge for me and one that opens channels for our managed driver portfolio at MB Partners and many of our commercial partners. I have a huge amount of respect for Shaun and his team who run an excellent operation, so working with them and forming MB Motorsport together provides us with a huge platform to build from both on and off the track.”

Shaun Hollamby will continue to lead MB Motorsport’s on-track efforts in his role as Team Principal and the former BTCC racer shares in Blundell’s excitement at the potential of the new partnership.

“Working with Mark and MB Partners last year was of huge benefit to us as a team, and this announcement signals the start of a new and really exciting chapter of our time in the BTCC," he said. "Mark found out firsthand just how tough this Championship can be, but he brought with him a new level of detail, processes and the highest of standards to our operation.

“I have known Mark for a number of years and we have always spoken about how we could work together - now we are finally getting the chance to do so formally. Our hope is that combining our pedigree within the BTCC, Mark’s experience and profile, and MB Partners’ commercial expertise can really take our whole operation to a new level and it is one we cannot wait to get started with.”

The rebranded team’s on-track efforts will be led by the new driving duo of Jake Hill and Sam Osborne, with major announcements and unveilings planned in the build up to the official pre-season test day at Silverstone on the 17th March before the season begins in earnest on the 28th and 29th March at Donington Park.