Disappointment for Porsche after scoring pole for Mexican E-Prix 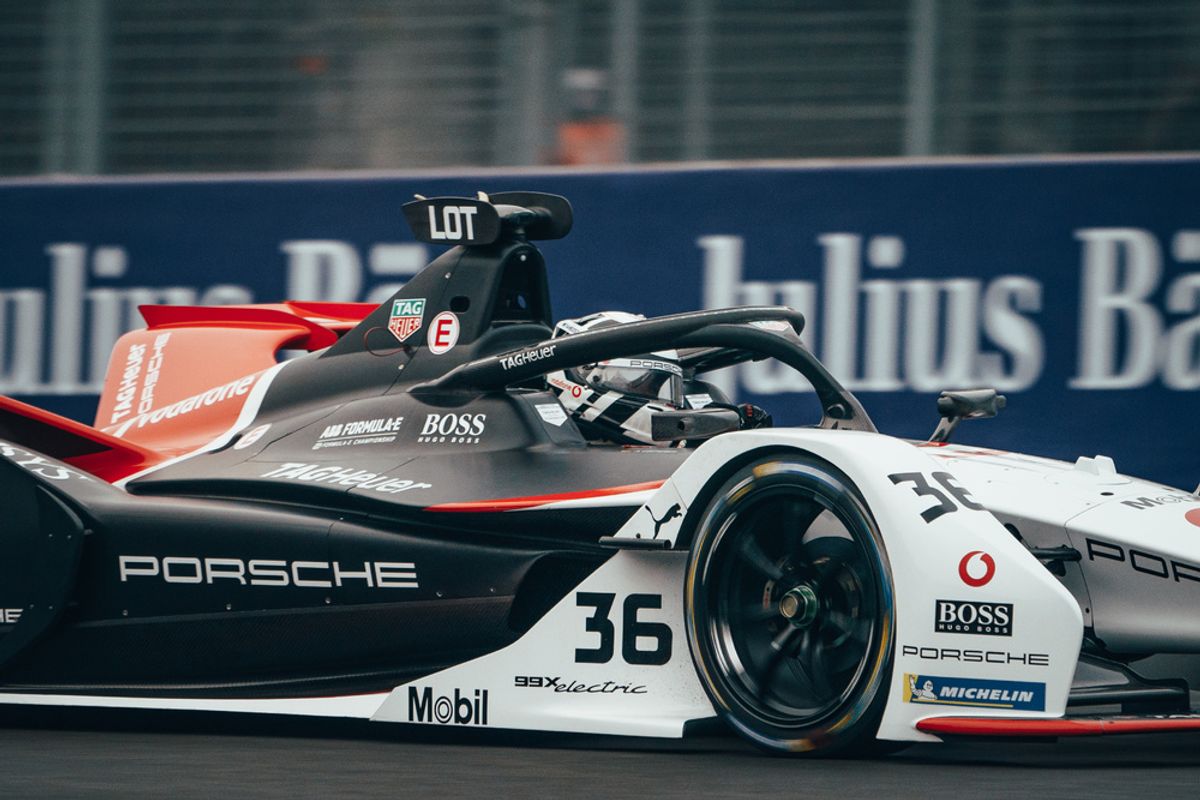 After the first pole position in its still brief history, the TAG Heuer Porsche Formula E Team missed out on a podium finish in the Mexico City E-Prix. André Lotterer (DE) recorded the fastest lap in Super Pole to secure pole position at the fourth race of the ABB FIA Formula E Championship in Mexico City (MX) and claim another highlight for Porsche in the fully-electric race series. He scored three points in the drivers’ championship.

Lotterer did not, however, enjoy such good fortune in the race itself. After battling with wheelspin at the start, he lost three places after contact with eventual race winner Mitch Evans (Jaguar Racing, NZ) at the entry to turn one. Further battles caused severe damage to the bodywork of the Porsche 99X Electric, forcing him to retire from the race.

Neel Jani (CH) finished the race in 14th place in the #18 Porsche 99X Electric. The Swiss driver had secured 14th position on the grid in qualifying and was able to move up one place in the opening phase, before falling back after taking a drive-through penalty for a technical rule violation.

As was the case in the first two races of the season in Diriyah (SA), Lotterer was in the top five for the Fanboost voting but was unable to make use of the additional energy. Lotterer is in tenth place in the drivers’ standings, while Neel Jani is currently in 23rd position. After four races, the TAG Heuer Porsche Formula E Team is ninth in the team standings. The fifth race of the ABB FIA Formula E Championship 2019/2020 will take place on 29th February 2020 in Marrakesh (MA).

Reactions to the Santiago E-Prix

Amiel Lindesay (Head of Operations Formula E): “That was another tough race for us. André was repeatedly involved in battles that severely damaged the car. We eventually had to withdraw the car from the race. A drive-through penalty was imposed on Neel after the safety car period. We will have to analyse the precise reason for this. Of course, we are disappointed with how the race went but we need to focus on the positive aspects of this weekend. The pole position and the pace of both drivers shows that we are really competitive.”

Neel Jani (Porsche 99X Electric, #18): “The start went well, even though I was on the dirty side of the track. After that, I was involved in a lot of battles and kept getting hit from in front and from behind. It’s a shame that I was later subjected to a drive-through penalty. Had that not been the case, a better result would certainly have been possible. I am happy that I was able to finish the race and gain some more experience. André’s pole position showed what the car is capable of. That gives us confidence for Marrakesh.”

André Lotterer (Porsche 99X Electric, #36): “Of course, that is not the result I had hoped for. I struggled with wheelspin at the start and then Mitch (Evans) hit me on the first corner. That lost me a few places. It was a tough race with plenty of incidents. After so many collisions, my car was so badly damaged that I had to retire. I will go back on the attack in Marrakesh.”