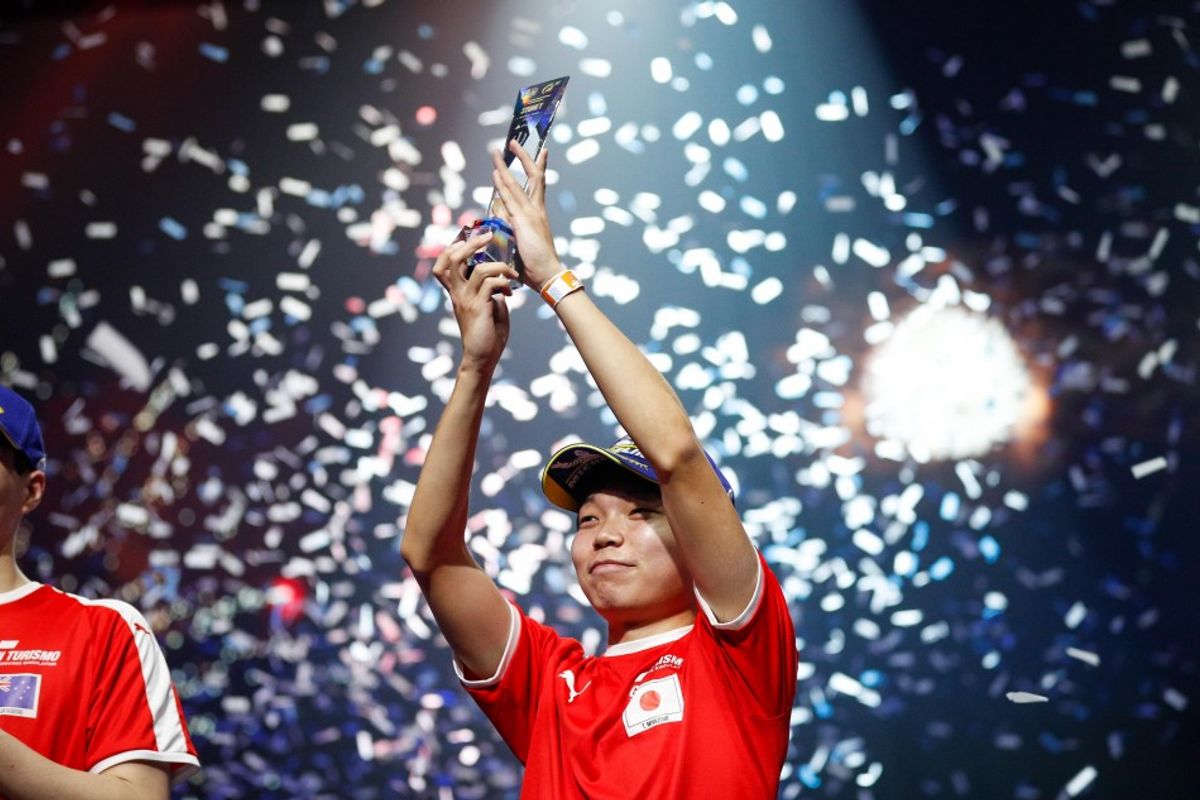 The FIA-certified Gran Turismo Championships enjoyed an exciting start to the 2020 season with a World Tour event staged in Sydney, Australia.

Wong sat on alongside Baptiste Beauvois. Local ace Latkovski started in P3 with Miyazono, the only one in the top ten to start the race on hard compound tires, in fourth. After a clean start, the Australian found his way by Beauvois going through Turn 4, with Miyazono making up a place as well and settling for third.

Wong and Latkovski were in a class of their own, opening up a 7s gap by lap five. Miyazono, who was running ninth, pitted on eighth lap to take on soft-compound tires, after running only seven laps on the mediums. The Japanese racer was charging hard, recording lap times that were 2s faster than anyone else.

With ten laps to go, the running order was: Wong from Daniel Solis, Latkovski and Miyazono. In the closing stages of the race, Miyazono was riding Latkovski’s rear bumper through every turn. The Japanese driver made his move with one lap remaining, finally overtaking the Australian in Turn 2.

Latkovski was far from throwing in the towel and the race ended in a classic photo-finish, Miyazono taking his maiden win by a mere 0.03s.

“It was a long time coming, but I am so happy right now,” commented the winner. “I knew I could win, and I just drove my race. That belief kept me from panicking or getting nervous, even with Cody really pushing me hard. Coming into this race, I considered Cody my main rival, and although I’m happy I won, I feel a bit bad for the Australian fans who were rooting for him today. But this this place will always be a special place for me, and I’d like to thank everyone here for their support.”

The always-competitive Manufacturer Series the favorite coming into the new season was Toyota, still riding the wave that took them to the top last year. The competition featured 36 drivers representing 12 teams striving to take valuable points into the 2020 World Finals.

The Grand Final of the season-opening round was a 20-lap endurance race around Australia’s iconic Mount Panorama Circuit. By winning the first race, BMW sat on pole, with Nicolas Rubilar. Immediately after the rolling start Jaguar driven by Vinicius Neto of Brazil was pushed off the track by his compatriot Bernal Valverde, driving the Mercedes-Benz AMG GT3, dropping to last on the grid as a result. Mercedes-Benz was assessed a four-second penalty for the incident, putting its dream of winning out of reach. Rubilar, showing amazing flair behind the wheel of the BMW, opened up a four-second lead by lap three.

At the halfway point, it was BMW from Porsche and Audi. In the end it was the brilliant tire strategy of BMW, shared by Rubilar, Randall Haywood and Coque Lopez, that allowed the trio to collect the maximum 36 points. Porsche and Lexus also had a great showing as well, rounding out the podium.