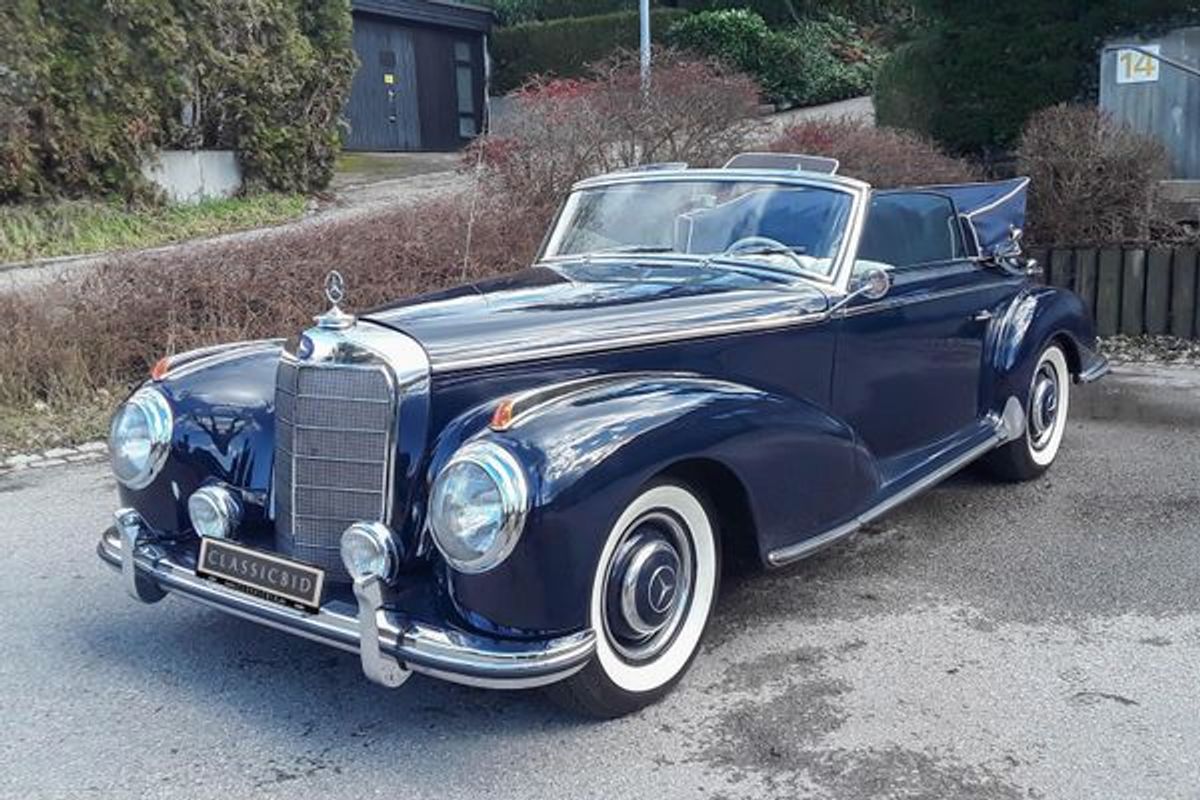 Everybody just calls them “the Adenauer Mercedes”: Konrad Adenauer, first chancellor of the Federal Republic of Germany, had chosen this highly representative vehicle for his state coach, in fact he is said to have used a total of six custom-built convertible, hardtop and landaulet variants of the Mercedes 300, which constituted the pinnacle of German car manufacture of the early postwar period. Three different chassis codes are distinguished: The W186, a four-door model, was first presented in 1951 and remained on offer with two model changes (300 b and 300 c) until 1957, when it was replaced by the W189 (300 d), in production until 1962. Available body shapes included the sedan as well as a four-door convertible.