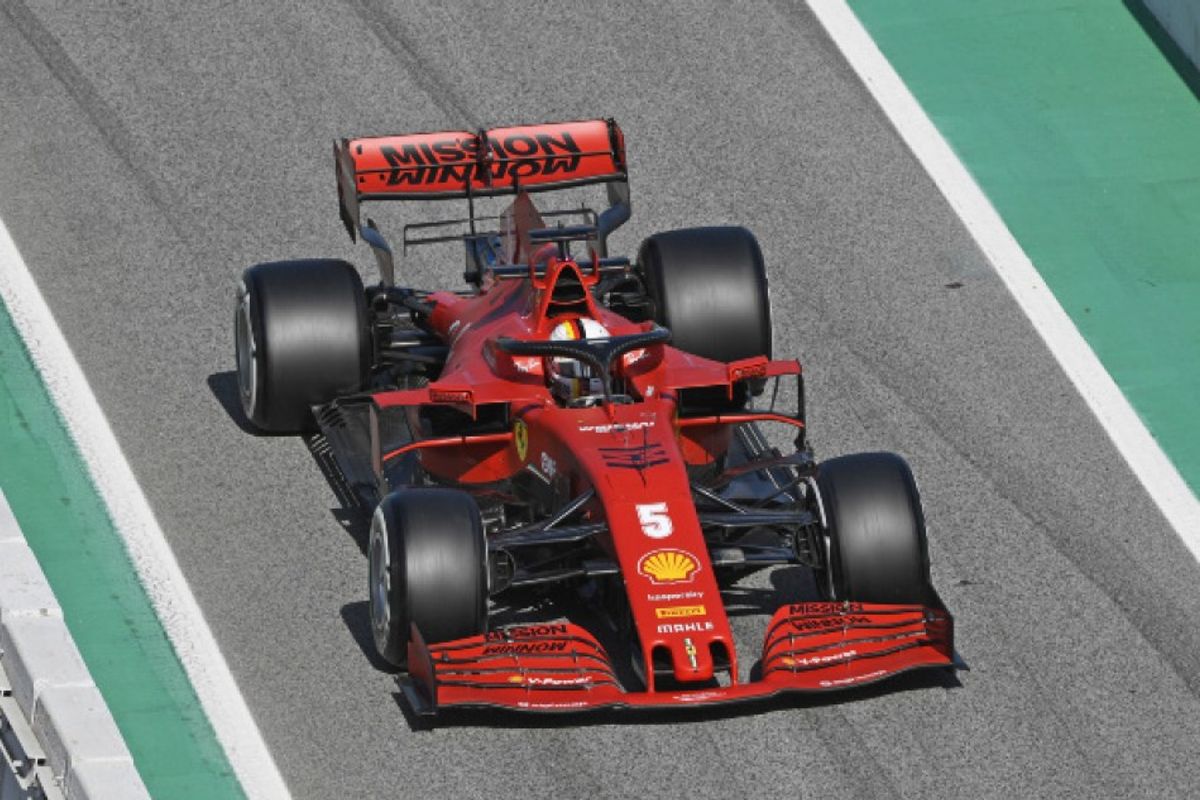 Vettel jumped to the top order in the morning with a time of 1:16.841 set on C5 compound Pirelli tyres, and the Ferrari driver’s effort remained the benchmark until the end of running. AlphaTauri's Pierre Gasly took second place with a late lap on the same compound with just 15 minutes left in the session to finish 0.225s behind Vettel. Racing Point’s Lance Stroll took third place with a lap of 1:17.118 on C3 tyres from the morning session.

It was a tough day for Hamilton, however. Having taken over from team-mate Valtteri Bottas for the afternoon session, after the Finn had posted 47 laps of the Circuit de Barcelona-Catalunya, Hamilton stayed put in the Mercedes garage for the first hour of the afternoon. The champion eventually took the track and set about a long run but that ended after 12 laps when he ground to a halt on the run to Turn 7.

Hamilton did not reappear again after that as Mercedes revealed the issue had been caused by an oil pressure problem.

With Stroll third, fourth place went to Williams’ Nicholas Latifi, with McLaren’s Lando Norris fifth. That left sixth place to Max Verstappen. With the track damp after overnight rain, the Red Bull sat out the first hour of running and when he did go out on track he seemed to find the damp track and the strong winds tricky as he spun twice, the second bringing out the red flags midway through the morning.

With no damage sustained he returned to the action but only managed a total of 31 laps. Things went better for team-mate Alex Albon in the afternoon and the Thai driver was able to add 61 laps to the team’s total on his way to P10.

Bottas took seventh place with his morning best of 1:17.985 and that wasa good enough to put him clear of Renault’s Esteban Ocon and ninth placed Kevin Magnussen of Haas