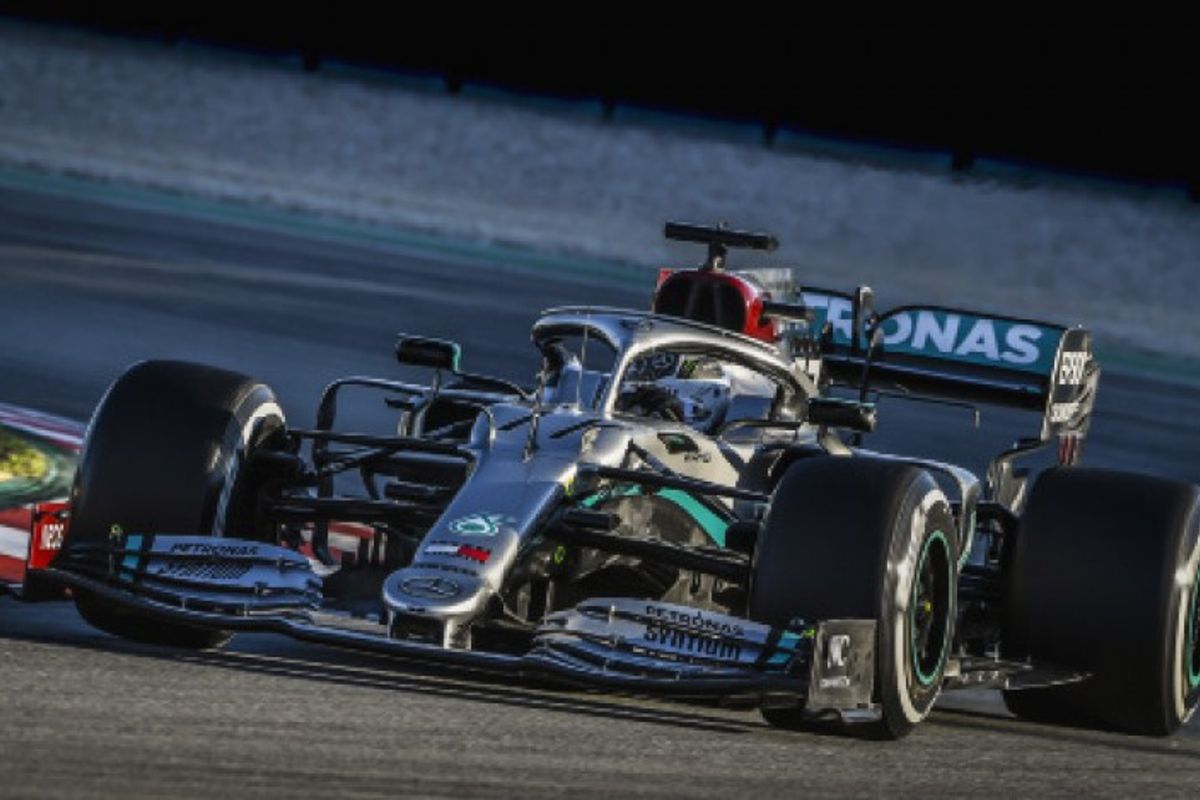 Mercedes’ Valtteri Bottas set the quickest lap of the final day of pre-season testing ahead of the 2020, with the Finn posting a lap of 1:16.196 to beat Red Bull Racing’s Max Verstappen by just seven hundredths of a second.

Daniel Ricciardo set the pace in the morning session, with the Renault driver setting a time of 1:16.269 to head the timesheet at the lunch break.

At that point Mercedes’ Lewis Hamilton was in third place, behind Ferrari’s Charles Leclerc, with a time of 1:16.410.

However, midway through the afternoon Bottas steered Mercedes W11 out on a set of C5 compound tyres and went 0.080s quicker than Ricciardo to claim P1.

With half an hour remaining in the session Ricciardo was edged out further when Verstappen bolted on a set of brand C4 tyres to beat his former team-mate by seven thousandths of a second.

Leclerc took fourth sport on the timesheet with his morning time of 1:16.360 but while he missed out on being quickest on the day the Ferrari driver did top the mileage chart, posting a huge total of 181 laps of the Circuit de Barcelona-Catalunya.

Hamilton was fifth behind Leclerc, while Esteban Ocon finished the day in sixth place thanks to a lap just two hundredths of a second slower than the six-time champion.

Sergio Pérez ended an impressive test phase for Racing Point with seventh place, with Carlos Sainz eighth for McLaren, whose form has also looked positive over the six days in Barcelona.

Williams, too, can return home happy with how their pre-season has gone, especially when compared to their woes of last season, and on the final day of testing George Russell ended the day in ninth place, a little over four hundredths of a second behind Sainz and more than a tenth ahead of AlphaTauri’s Daniil Kvyat.

Romain Grosjean was 11thfor  Haas with the Frenchman posting 86 laps in the morning, but it was a tougher afternoon for team-mate Kevin Magnussen, with the Dane restricted to the garage for a long spell by clutch issues. He finished in P13, behind Alfa Romeo’s Kimi Räikkönen and ahead of last-placed Alex Albon of Red Bull Racing.