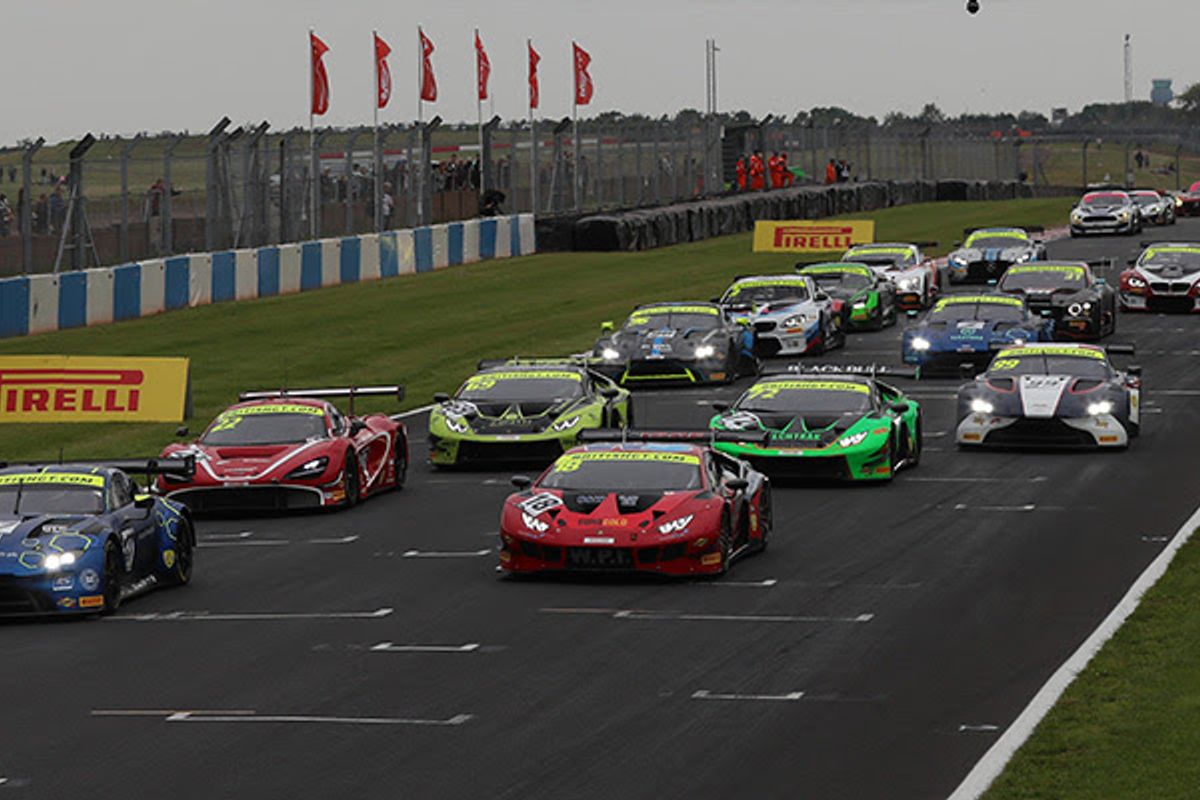 At least 35 cars are confirmed for all seven rounds, while additional race-by-race entries will also compete from Silverstone onwards.

The senior class’ current full-season ensemble features four more entries than last year when the championship experienced an initial resurgence in GT3 interest. That trend has continued into 2020 when new teams and driver pairings will battle for outright and class titles.

Several factors have contributed to the increase, including renewed Silver Cup interest, plus the addition of GT4’s last two Pro/Am title-winning crews and its current overall champion, Tom Canning.

Both reigning GT3 champions also return, albeit split across TF Sport’s two entries, offering the potential for more British GT history to be made. Graham Davidson will attempt to become the first amateur to successfully defend the GT3 crown, while Jonny Adam could win a record-extending fifth title with as many different co-drivers.

Barwell are expected to confirm their second pairing in the coming weeks while the 19th entry represents a seventh manufacturer not currently amongst the confirmed GT3 list.

As such, this year’s British GT Championship will be the first since 2014 to feature more GT3s than GT4s.

Nevertheless, the latter remains as competitive as ever, and not least given the debut of Speedworks’ new-for-2020 Toyota Supra.

Steller – whose Audi won twice last season – take on two-car teams like Century Motorsport (BMW), Academy (Ford), HHC and Balfe (both McLaren), which has expanded its British GT commitment in 2020.

Elsewhere, FCA authorised and regulated investment provider, Intelligent Money, has become British GT’s title sponsor while Pirelli’s new P Zero DHE and DHB tyres will be used in the GT3 and GT4 classes, respectively. The new constructions, which replace DHD2 and DH, provide an even more consistent and stable tyre that is capable of delivering optimal performance throughout an ample range of track and weather conditions.

McLaren also returns for a fifth season as British GT’s official Safety Car partner. The Formula 1-liveried 720S, which is capable of 212mph, will control proceedings at all seven rounds this year.

Lauren Granville, Championship Manager: “We are absolutely delighted with the interest in GT3, which has surpassed our expectations. We knew just after entries opened in October that the 15 reserved spaces were likely to sell out following 2019’s strong season, but the number of GT4 drivers stepping up has been a particularly pleasant surprise. British GT provides an opportunity for young drivers and amateurs to progress, and that’s something I’m really looking forward to seeing this year.

“The number of two-car GT4 teams and mix of returning and new drivers also points towards an exciting season. Every team has achieved British GT success in the past so I expect this year’s championship to be one of the most competitive on record.”