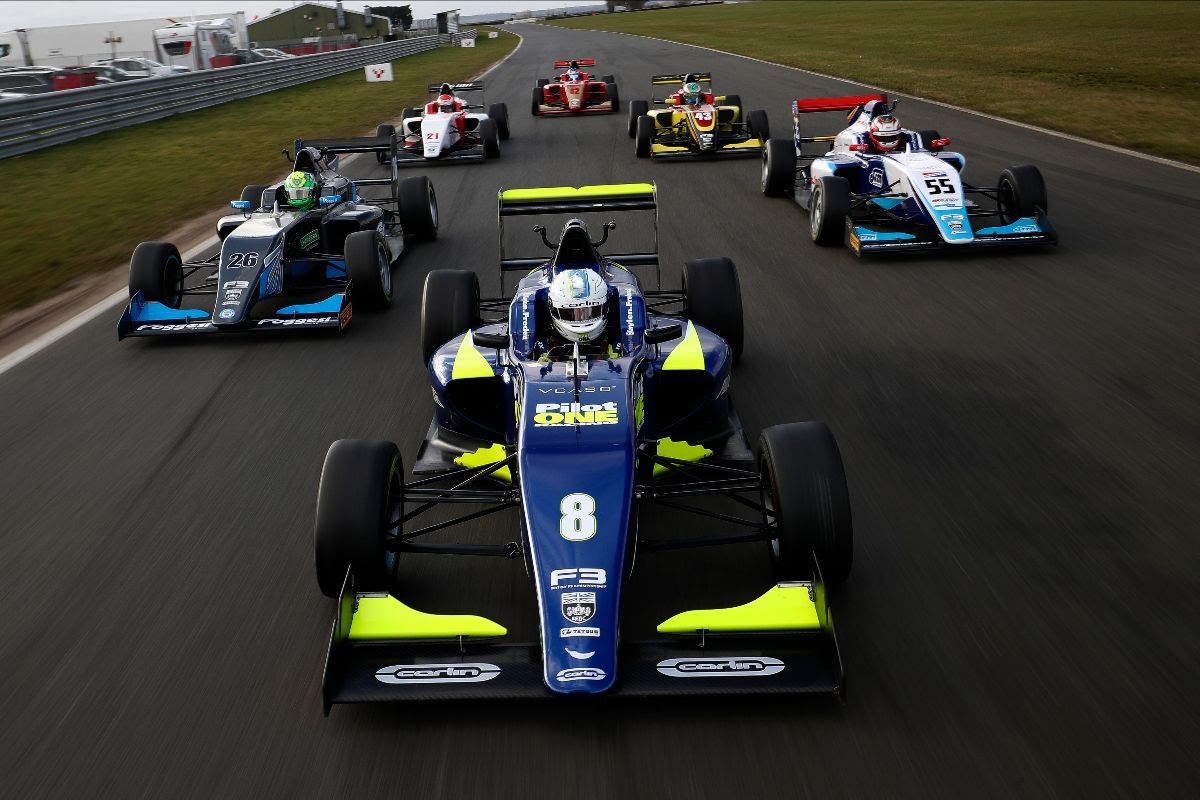 Carlin's Kaylen Frederick claimed the fastest time of the BRDC British F3 Media Day, with a lap time of 1m43.705s in the final session at Snetterton.

A total of 16 drivers took part in the media day tests, with three sessions of official running totalling nearly three hours available for this year's contenders. The day also served as the first chance for the public to see the new-look BRDC British F3 car for the first time.

Series returnee Ulysse De Pauw topped this morning's opening session held in very cold and damp conditions, while Carlin's Nazim Azman, also looking forward to a second season in British F3, picked up the pace in session two. It was Frederick though who claimed the best time of the day with a late effort in the final session.

The American driver, returning to the championship for a second season with the reigning champions, was just 0.016s ahead of Fortec's Danish recruit Christian Olsen, who in turn was just over a tenth of a second clear of Frederick's teammate, Brazilian Guilherme Peixoto. Olsen went fastest briefly with five minutes to go, only for Frederick to find a little extra pace and go top moments before a light rain shower denied the field a chance at further improvements.

British F4 race winner Louis Foster had spells at the top of the times throughout the day, and wound up fourth quickest for Double R Racing, just two tenths away from the overall best time. Kiern Jewiss, remaining with Douglas Motorsport for a second year was fifth, just 0.075s away from Foster and a tiny 0.011s clear of teammate De Pauw.

Azman, pace setter in the second session of the day, was seventh fastest in the final session, and 0.011s ahead of Lanan Racing's Australian driver Bart Horsten, with Double R Racing's Benjamin Pedersen ninth and Lanan's Piers Prior completing the day's top-10 covered by less than half a second.

Jordanian Manaf Hijjawi improved his pace throughout the day and was 11th quickest for Douglas Motorsport, with Double R's Sebastian Alvarez 12th fastest and within a second of the overall best time.

Chris Dittmann Racing's Josh Skelton was next up, just over a tenth clear of Hillspeed's local driver Oliver Clarke. Jordan Dempsey, evaluating a potential move into the championship set the 15th fastest time for Chris Dittmann Racing, with Lanan's Josh Mason completing the 16 cars competing in the test.

Each driver set their fastest lap of the day in the final session, and the field will be back in action again at Oulton Park for the season opener on Easter Weekend (11-13 April).

Pace-setter Frederick commented: "We've been working quite hard in the off-season and getting things how we want them. Even though a lot of people in that last session put on new tyres, we still put in quite a good time. We're still looking for places to improve but it's a good way to start the season knowing that we're quite quick.

"I had a disadvantage last year, everyone who came for their second year had quite a bit more experience, and a lot of people had done British F4 beforehand too, so they had a lot of experience on the tracks and with the teams. So having a year under my belt now is really useful and I'm feeling really comfortable. I'm in a great position with this team, I like working with everyone, so I feel confident heading into this year.

"I got some decent results last year with a couple of wins and a bunch of podiums but we're aiming for those consistent results this year as I had way too many mistakes last year!"