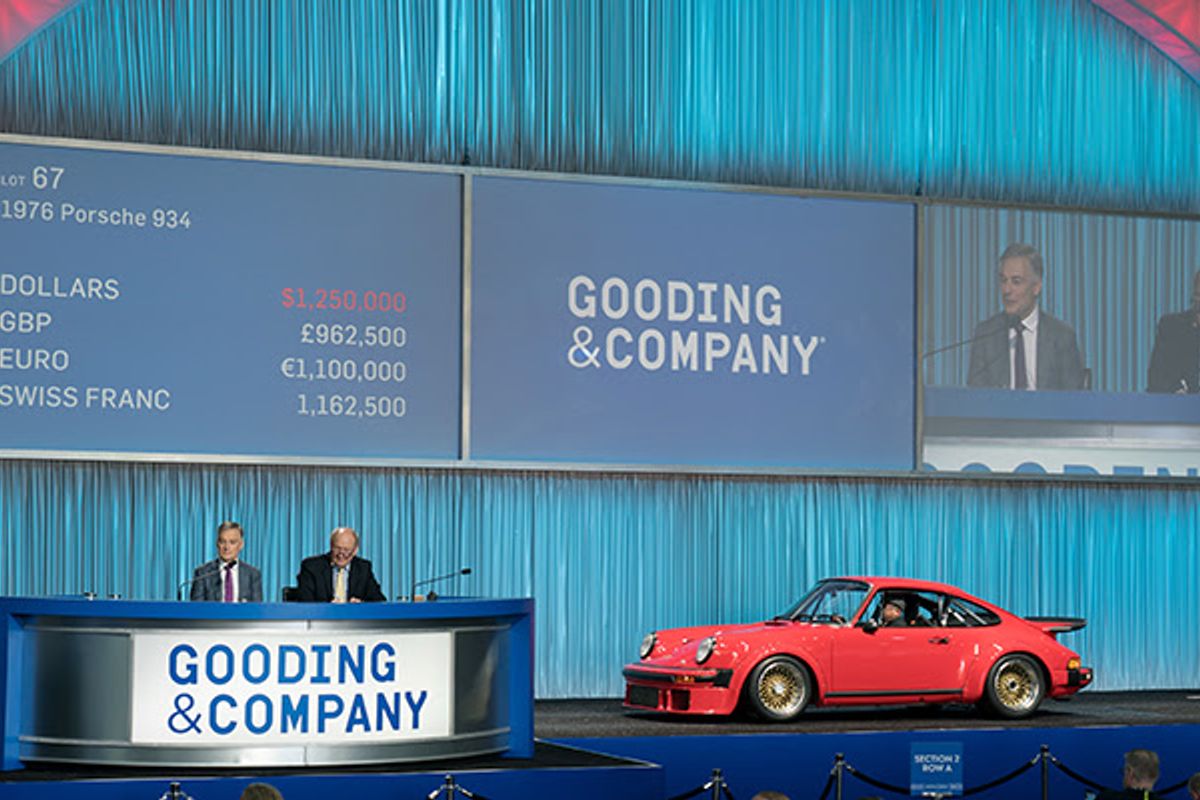 Gooding & Company, realized $20,785,080 in a single day at the company’s 11th annual Amelia Island Auction. The auction house achieved an impressive 93% sales rate from 83 of 89 lots sold, producing an average price of $250,422 per lot and a noteworthy three sold over $1 million.

Gooding & Company continued to deliver a diverse lineup of collector cars from prewar masterpieces to modern supercars; there was no shortage of excitement in the auction tent. The 1914 Rolls-Royce 40/50 HP Silver Ghost Torpédo Phaeton did not disappoint when its number was called on stage. After beloved auctioneer Charlie Ross dropped the hammer for a final price of $2,205,000, a raucous applause from the crowd emerged for the multi-award-winning piece of automotive history. An extremely rare Lamborghini also made waves at Gooding & Company’s east coast sale when the 1969 Lamborghini Miura P400 S realized a final price of $1,435,000. Supercars had their fair share of success as well, with the impeccable 2019 McLaren Senna selling for $978,500 and the 2017 Ford GT grasping $967,500.

Porsche continued to star in Amelia Island with the most significant sale from the marque being the 1976 Porsche 934. The immaculate 934 was met with a standing ovation and cheers from the packed tent when it roared onto the stage and set a new world auction record price of $1,380,000. Like its German counterparts, RUF saw impressive offerings perform exceptionally well as they rarely come to the American market. The 2009 RUF CTR3 sold for $808,000 while the 1998 RUF Turbo R crossed the auction block at $676,000, achieving a new world auction record in the process.

“Amelia Island was once again a strong day of sales that delivered many wonderful examples to their new homes to be admired and appreciated for years to come,” notes David Gooding, President and Founder of Gooding & Company. “The demand of quality cars and our desire to provide the best available is what makes Gooding & Company so prosperous. These results have vaulted us into an already very successful year so far and provides positive momentum heading into our first sale outside of the US in April.”

Gooding & Company’s next sale will be its first-ever London auction, honorably named Passion of a Lifetime. The sale is comprised of a single collection from one of the world’s most revered private collections, and will be sold at Somerset House in central London on 1 April 2020. These stunning motorcars are the culmination of decades of research, dedication, and a meticulous commitment to bring together the most coveted and valuable examples of European sports and racing automobiles of the 20th century. Gooding & Company’s constant adherence to the highest quality offerings at the pinnacle of the collector car business is in perfect harmony with this unparalleled collection, and there is no better backdrop for such a momentous auction than the world-class setting of Somerset House.