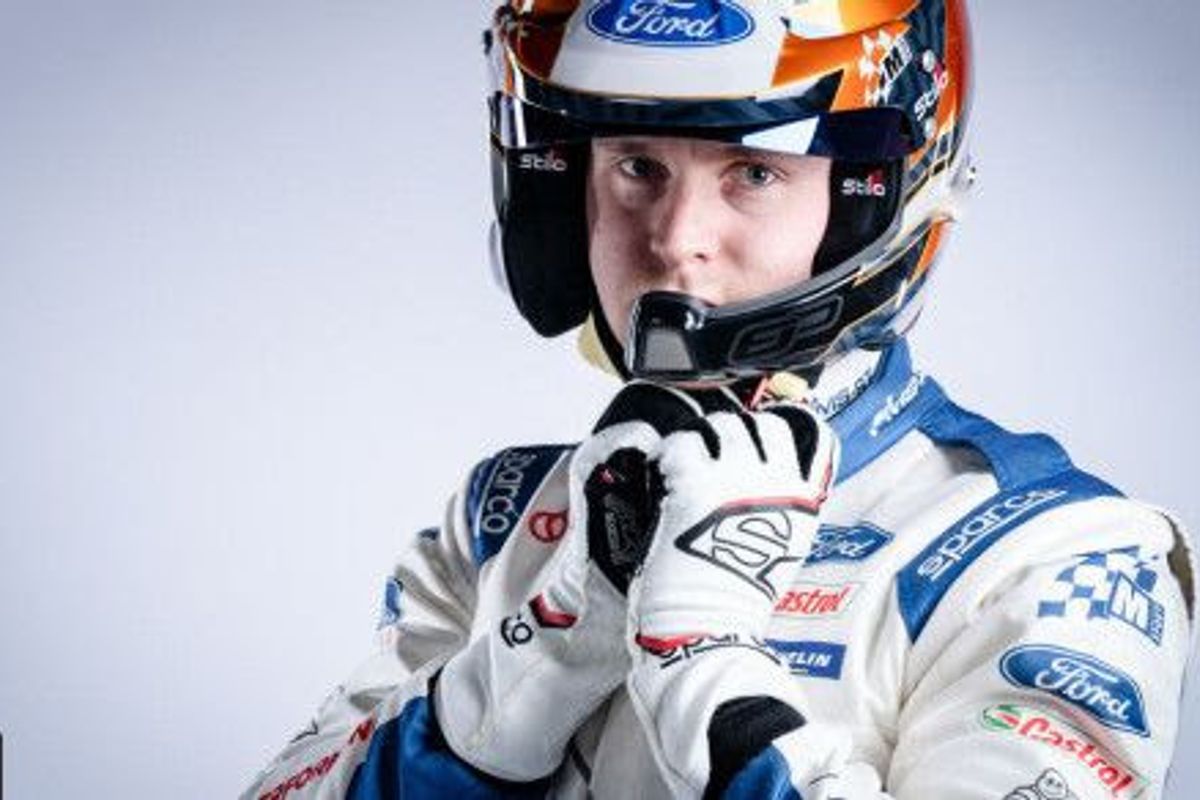 Esapekka Lappi will not forget the recent Rally Mexico in a hurry after the driver was forced to retire when the Ford he was driving unexpectedly caught fire.

The 29-year-old from Pieksämäki and co-driver Janne Ferm escaped the blaze unhurt but had to withdraw from the race.

Here is what the M-Sport Ford WRT driver had to say now he is back home in Finland:

Now you have had time to reflect on the car burning up in Mexico, how do you feel?

The feeling after the race hasn't really changed. It was a bit of a panic anyway. After seeing it afterwards, for sure you can be wiser always after the accident and maybe it would have been wiser to move the car slightly away from the people and stop quite quickly. Stop pumping the oil out of it. It is easy to say afterwards. Janne is fine. No drama. We were unhurt. It is serious, but I am not in shock.

How did the other drivers feel after Ott Tänak and Martin Järveoja's huge crash in Monte Carlo?

We always know that the risk is present every time you jump in the car. We need to understand that if they crash in sixth gear and, let's say, stop immediately then that is going to hurt badly. The car kept continuing all the time, though, which is not normally that bad. If you start to be scared about that, then you will stop your career. The speed is getting higher, but thankfully also the safety is getting better.

Now you have spent a decade in rallying, what has changed most about the sport?

What I didn't like about circuit racing is that when you are competing against each other all the time, another driver can ruin your race very easily. It is not happening in rally and it is what I really like. It is mainly you, the co-driver, the clock and the car. It is only about you. On circuits, when you put a lot of money in and somebody ruins your race in the final race then all your money goes. It is not a nice feeling. I really like the feeling and the atmosphere in the rally paddocks and the service parks. On circuit racing, the drivers are fighting and the parents are fighting. In rallying, it is more friendly!

What did you pick up from being in the same team as six-time champion Sébastien Ogier last season?

I have been lucky to work with several top drivers in the past three years and top of the cake was Seb last year. The biggest difference was how much he was concentrating on the small details. Not really in terms of the set-up of the car, but all the other things like what is happening outside the driving. The crews, information and tyre choices. That is something that was good information for me and something that I haven't seen before. I was surprised that Seb continued this season. I was kind of thinking he might stop. It seems that (losing the title to Tanak last season) was a boost for him. I don't know what he wants to do after the rallying apart from Extreme E. For sure, he will keep driving something.

Can you see yourself doing Dakar Rally and rally-raid races like that in the future?

At the moment, I feel like I won't. Too long away from the family for me. One month away. I think it is too much.

That is the coolest thing that I have done in this sport. I don't know if I can win another race in the future. Hopefully I can. I still don't believe that I will feel the similar feelings that I had back then, even winning the title. It will be hard to beat. First of all, it happened very quickly as it was the first time in a WRC car in Rally Finland so it was a dream come true already. I was really hoping it would happen some time, but to take it on the first time was crazy. Really cool feeling and so hard to describe how it felt. If you are a rally driver and you win something that is very important to you then, only then, you can know how it feels. I got a letter from the government and that was something.

How do you think fellow Finn Kalle Rovanperä is doing so far stepping up from WRC2?

It has been quite obvious since one or two years ago already that he is doing really, really well. He was really smart in Monte and now in Mexico as well with more experience. He knew the conditions in Sweden - not really a winter rally - and he was really fast over there and he really deserved the podium. He will be fighting for the title soon.

You are known for your sense of humour, so how important is that in a high-pressure sport?

Yes. Without the fun, you can't really enjoy it. At least I cannot. My humour is a bit black sometimes, some people don't get it but that is also the beauty of it. It is very important to have that stuff otherwise it goes too serious and you need to have some fun.