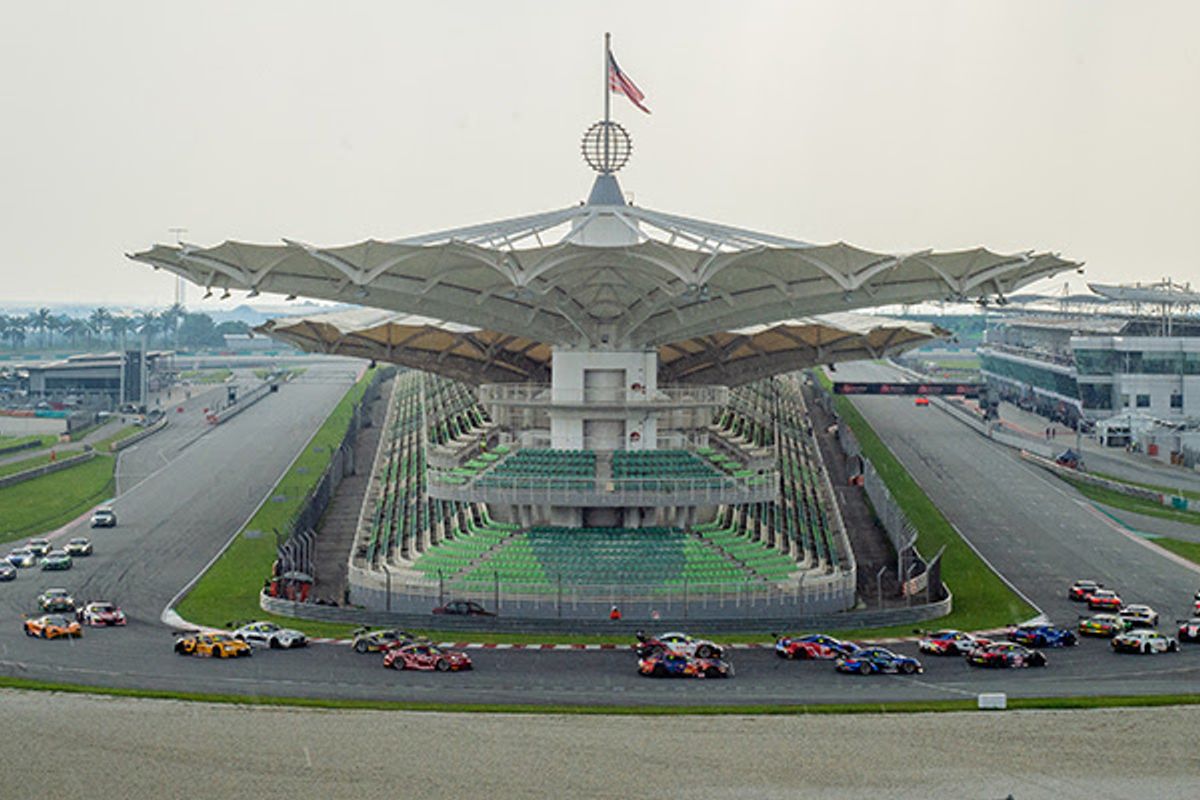 GT World Challenge Asia Powered by AWS organisers, SRO Motorsports Group, have made further changes to this year’s calendar in light of the ongoing coronavirus pandemic.

Sepang, which was due to host round one, now closes out the campaign on December 5/6. It will be the first time that a non-Chinese venue has staged the championship’s final round, while many cars will remain on-site until Sepang returns to its traditional season-opening slot in 2021.

The postponements to Sepang and Buriram’s original early-season events had seen Fuji Speedway installed as the new opening round on May 23/24 before Asia’s biggest GT series moved on to Suzuka International Circuit one month later (June 20/21). Neither will now go ahead as originally planned.

While Fuji’s event moves to either July 25/26 or August 1/2, Suzuka has had to be cancelled due to the circuit’s existing commitments over the second half of 2020.

As such, this season’s championship now comprises five events in all, two of which will feature three races to ensure 11 take place as per the original schedule. Individual event formats will be confirmed in due course.

Separately, several contingency venues and dates have been secured should further existing rounds be cancelled.

Benjamin Franassovici, championship co-director: “I am delighted that we’ve been able to reschedule Sepang, a very popular venue amongst our teams and drivers, and one that also accounts for some logistical considerations as many teams have workshops there. It’s a sensible choice for everyone and also a perfect opportunity for some exciting new support series to join GT World Challenge Asia.

“Elsewhere, we have worked very hard with our partners at Mobilityland to find a mutually beneficial new date, but a combination of their packed schedule, the complications caused by coronavirus and our logistics means there is sadly no opportunity for GT World Challenge Asia to visit Suzuka this year.

“The postponement of Tokyo’s Olympic Games has opened up a few opportunities to visit Fuji later in the year, although this will depend on Japan’s coronavirus response and any restrictions that might be in place. Dates in late July and early August have been secured, while there are other options elsewhere in Asia if necessary.”

Autopolis, which was due to host the final leg of Japan’s GT World Challenge Asia triple header, is still scheduled to go ahead as planned on July 11/12, albeit as 2020’s new opening round. Both events in Shanghai – the second a three-hour endurance race – are also expected to take place in September and October as per the original 2020 calendar.

Elsewhere, the non-championship Suzuka 10 Hours remains unaffected by today’s GT World Challenge Asia announcement. The race is still due to stage Asia’s leg of the Intercontinental GT Challenge Powered by Pirelli on August 21-23.