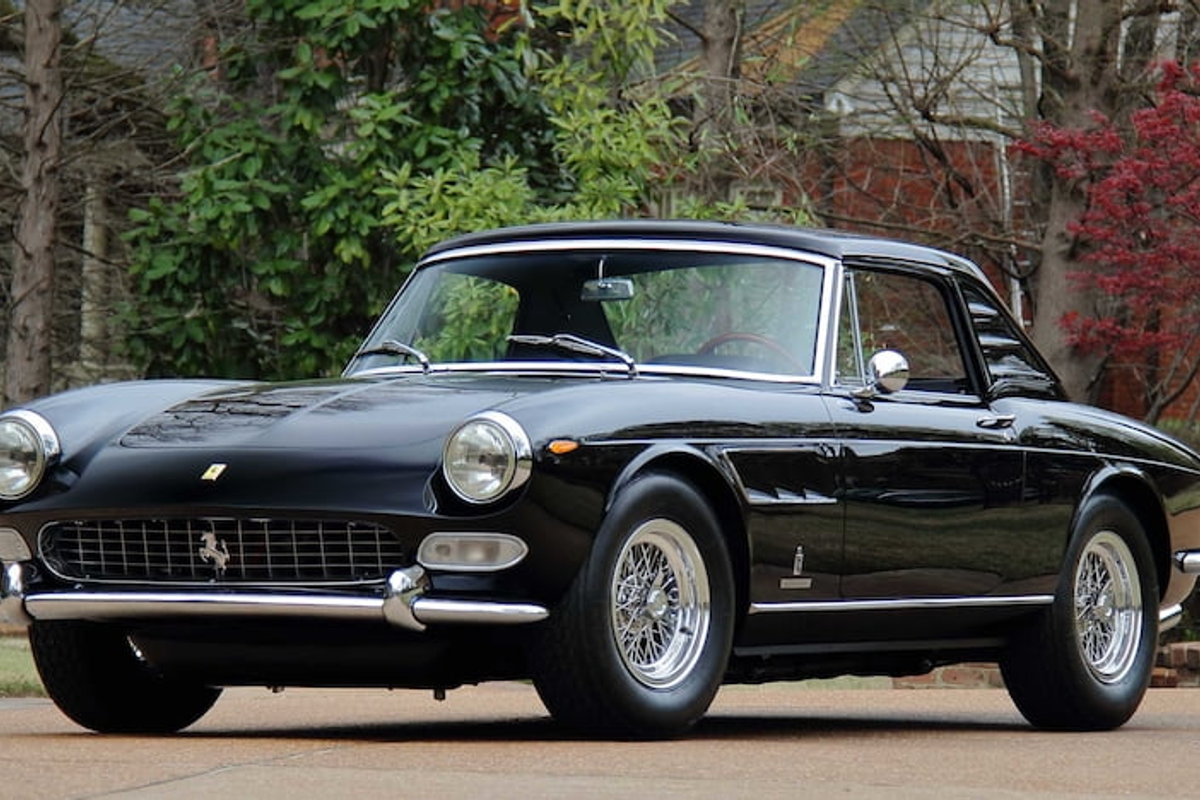 FROM THE COLLECTION OF DR. VANCE SHAPPLEY

This beautiful and curvaceous 1965 Ferrari 275 GTS has incredible provenance, having been formerly owned by both late-night talk show host David Letterman, as well as Jon Shirley, the former president, COO and director of Microsoft. Documented by Marcel Massini, this 275 GTS was bestowed with the Ferrari Classiche Certification Red Book, the ultimate honor from Maranello. The 275 GTS garnered awards from the Ferrari Club of America, including the 2018 FCA Platinum and FCA Best 1974, as well as earlier V-12 awards and a 2019 Cavallino Platinum award.

Restored to exacting standards by Bobileff Motorcar Company, the 275 GTS sports a rare Chinetti Motors-installed factory production auxiliary hardtop, making it all the more desirable. It features the original 3.3L V-12 engine that, when fired, makes a symphony of notes that send chills down the spine of close bystanders. The 12-cylinder work of art from Maranello is mated to a 5-speed manual transmission. The 275 GTS looks absolutely scrumptious with its Nero exterior finish and distinctive Borrani wire wheels contrasted with a striking bright red interior.

Though often overshadowed by his longtime, late-night television rival Jay Leno, David Letterman has an affinity for cars and is well noted for buying the best examples available, much like this stellar 275 GTS. That Letterman has a burning love for cars should come as no surprise to anyone. The man grew up in Indianapolis and has always a big fan of both the Indianapolis 500 and cool cars.

More than just that, Letterman has long been a co-owner with former Indianapolis 500 winner Bobby Rahal and Chicago businessman Mike Lanigan of racing teams in both the IndyCar Series and IMSA. His enthusiasm for fast, single-seat, open-wheel cars and sports cars of both the racing and street variety means it should come as no surprise at all that Letterman was the owner of such a beautiful car as this 275 GTS. Proving that this car had a magnetic attraction, Letterman was not the only famous owner of the 275 GTS. Likewise, Jon A. Shirley is a vintage racer and noted art and car collector with a particular focus on Ferraris. Shirley chose this 275 GTS as one of the cars for his very special collection. In fact, it’s not a stretch to say that this striking 275 GTS should qualify as a crossover for both his art and car collections. Without its ownership history, the 275 GTS is one of more desirable cars one will come across; taking into account the history of both Letterman’s and Shirley’s ownership, it makes this an even more desirable Ferrari.

The 275 GTS is one of the rarest of the front-engine V-12 Ferraris ever produced and one of the more desirable examples. Introduced at the 1964 Paris Motor Show, the 275 GT line was produced in both Berlinetta (GTB) and Spyder (GTS) configurations. These were groundbreaking cars, the first production Ferraris to employ all-independent suspension systems. The 275 GT line featured a ladder-style chassis utilizing large main tubes connected by small-diameter crossmembers to give the cars all-important stiffness in the best Ferrari tradition with improved handling courtesy of the new suspension system. The 5-speed manual transmission was mounted in the rear end, while the engine was located rearward from previous models to improve front and rear weight distribution. Meanwhile, 4-wheel disc brakes gave the 275 GTS appropriate stopping power for a car with its impressive performance credentials. The all-steel bodywork was designed and constructed by Pininfarina.

This stunning 275 GTS comes with a comprehensive set of books and tools. With provenance that includes some of the best awards any vehicle from Maranello can garner, plus past ownership by David Letterman and Jon A. Shirley, this is one incredibly precious Ferrari.