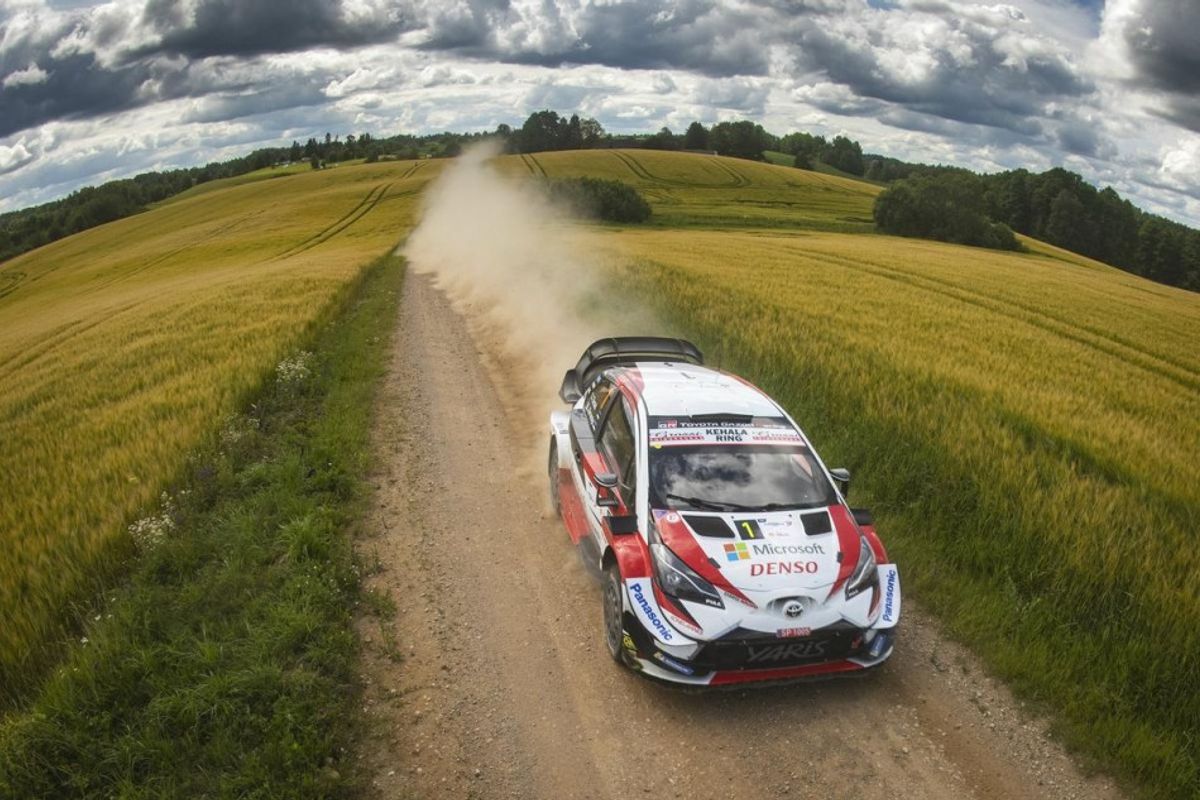 Rally Estonia (4 - 6 September) joins the fixture list after running as a WRC Promotional Event in 2019. The country will become the 33rd nation to stage a championship round since the series started in 1973.

In a revised calendar announced by FIA and WRC Promoter, Rally Italia Sardegna moves to 29 October - 1 November after being postponed in June as the virus temporarily halted the championship after three rounds.

Estonia’s gravel road encounter precedes scheduled events in Turkey (24 - 27 September) and Germany (15 - 18 October) in the new schedule. Next up is Italy, before the season-closing return of Japan (19 - 22 November), whose date also remains unchanged.

The championship will comprise at least eight events and WRC Promoter will continue its already advanced talks with Ypres Rally (2 - 4 October), with the aim of presenting Belgium as another available host country shortly. Talks with the Croatian Automobile & Karting Federation will also move forward.

Rally Argentina, which was postponed from its original date in April, and which traditionally attracts almost a million fans to Cordoba province, has unfortunately now been cancelled for the season.

Estonia’s WRC debut was announced at a press conference in Tallinn today (Thursday) attended by Prime Minister Jüri Ratas and WRC Promoter managing director Oliver Ciesla. It will ensure an emotional weekend for reigning world champion Ott Tänak, who will have the opportunity to compete in front of his home fans on a WRC round for the first time.

Rally Estonia will be a short format event comprising two legs on Saturday and Sunday after a shakedown and opening ceremony on Friday. It will be based in Tartu, in the east of the country, with the service park at the Estonian National Museum. Full details will be announced shortly.

Rally Italia Sardegna’s switch from Europe’s early summer to autumn means crews will face cooler conditions on tough gravel tracks in the north of the Mediterranean island. It will be based in Alghero and details of the itinerary will be confirmed soon.

WRC Promoter managing director Oliver Ciesla said a September restart allowed sufficient lead time for event organisers and competitors to be fully prepared: “Today’s restart announcement sends a clear signal that the 2020 WRC is back in business,” he said.

“WRC Promoter has worked tirelessly with the FIA, our competitors, teams and potential rallies, in exceptional circumstances, to revise the calendar. Today’s news allows the WRC to restart at an appropriate time and ensure a season worthy of world championship status.

“Fans demonstrate huge passion for WRC in both Estonia and Italy. The expectation there, and across the sport in general, will build rapidly from now ahead of September’s championship restart,” added Ciesla.

FIA Rally Director Yves Matton said: “I am pleased to announce the 2020 WRC restart calendar following a few months of discussions that have required a great deal of flexibility from all stakeholders in unprecedented times. In light of this revised schedule, I am confident we will secure a minimum of eight events this year and this is thanks to the great commitment and work from organisers.

“As one of the newly proposed rounds, Rally Estonia will be reopening the season in September and I know the Estonian Autosport Union and organising team are putting all their efforts to deliver an event to world championship standards from an already solid foundation.

“Also, extensive work was made with ACI and organisers of Rally Italia Sardegna to reschedule the event and I am happy that they could find a workable slot at the end of October for this much-awaited encounter.

“Preparations for these rounds are now in full swing while paying the greatest attention to key planning recommendations for mass gatherings in the current Covid-19 context.

“We are naturally truly disappointed we couldn’t find a logistically viable solution to reschedule Rally Argentina, particularly given all the hard work undertaken by Automóvil Club Argentino and every member of the organisation,” concluded Matton.

All remaining events are eligible for competitors in the WRC 2 and WRC 3 support categories. Future dates for the FIA Junior WRC Championship will be announced separately.